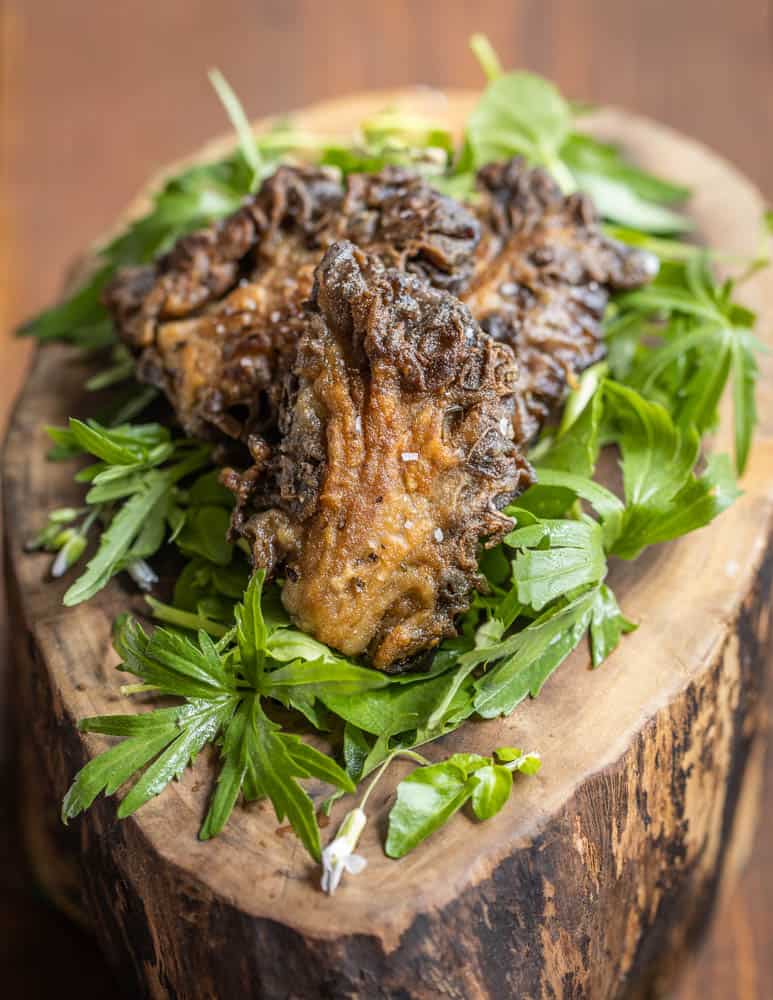 I finally got to eat my first Gyromitra caroliniana, also known as the "Big Red".

Where I live on the border of Minnesota and Wisconsin we have a number of Gyromitra that I've eaten, well two species to be exact (Gyromitra korfii and Gyromitra Brunnea) and they're ok. Gyromitra caroliniana is special in a number of ways though. 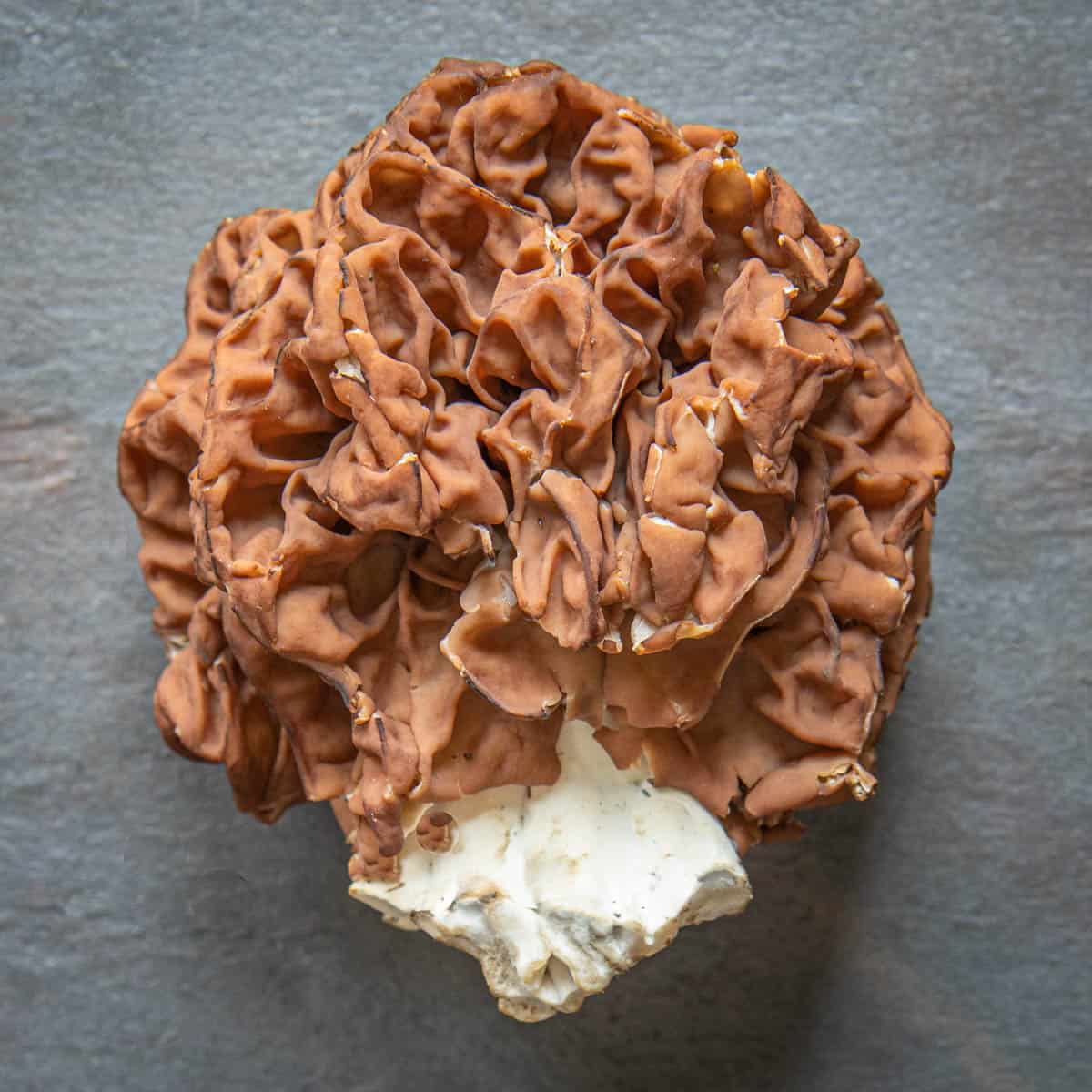 For the record, korfii and brunnea are probably ok without par-blanching too, but, for the time being, I still blanch mine, and, if you're just starting out with these mushrooms I think you should too if it makes you more comfortable. If you're an experienced Gyromitra-phagist, do what you prefer. 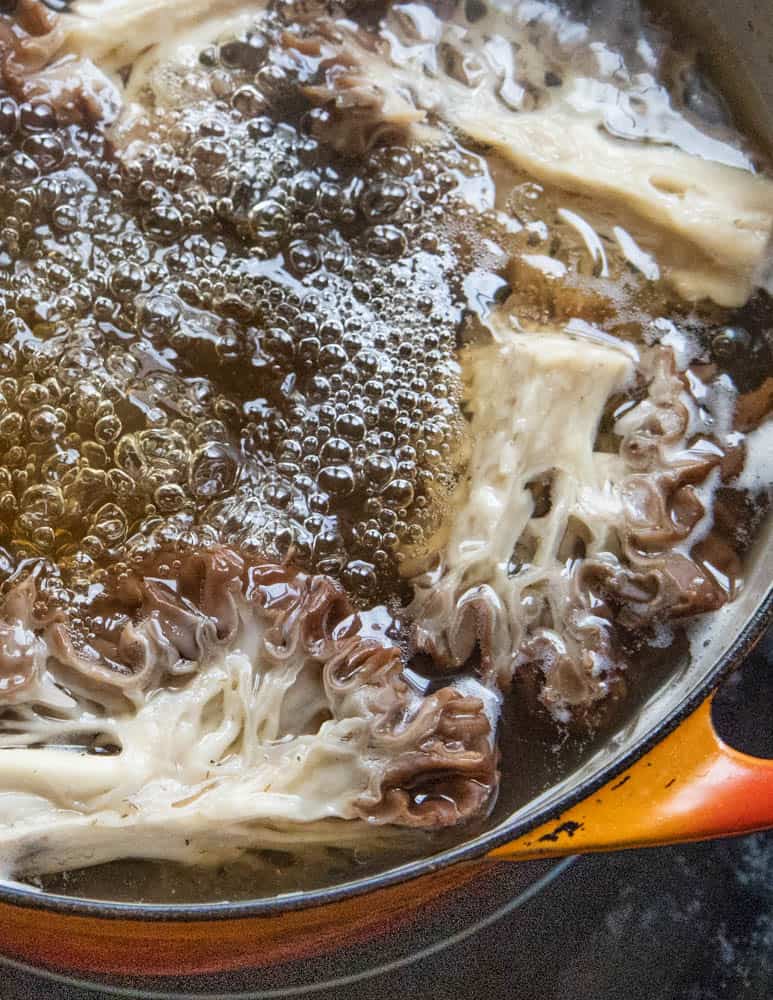 Boiling mushrooms before you cook them is not exactly an intuitive thing to to, its exactly the opposite of what I try to do with just about every other mushroom I cook.

Par boiling/blanching mushrooms means that they're going to be wet when they're done, and wet mushrooms do not saute in fat very well—the folds of the mushroom trap water that will migrate out as they saute, spattering and sputtering and popping, and, you get the idea. 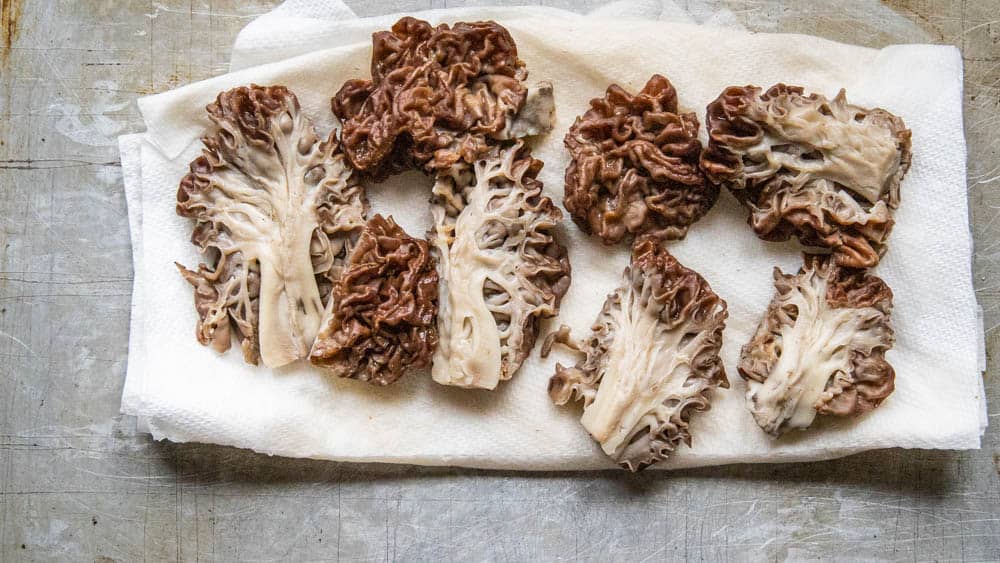 Pressing on towels to remove moisture.

The spattering and sputtering are what gave me the idea for the crispy technique here.

After the par-cooking, the mushrooms are pressed between towels to remove as much moisture as possible, then tossed in some seasoned flour that acts as a barrier between any residual water and the cooking oil in the pan. You may here a little crackle here and there, but it's nothing compared to cooking wet mushrooms in a pan. 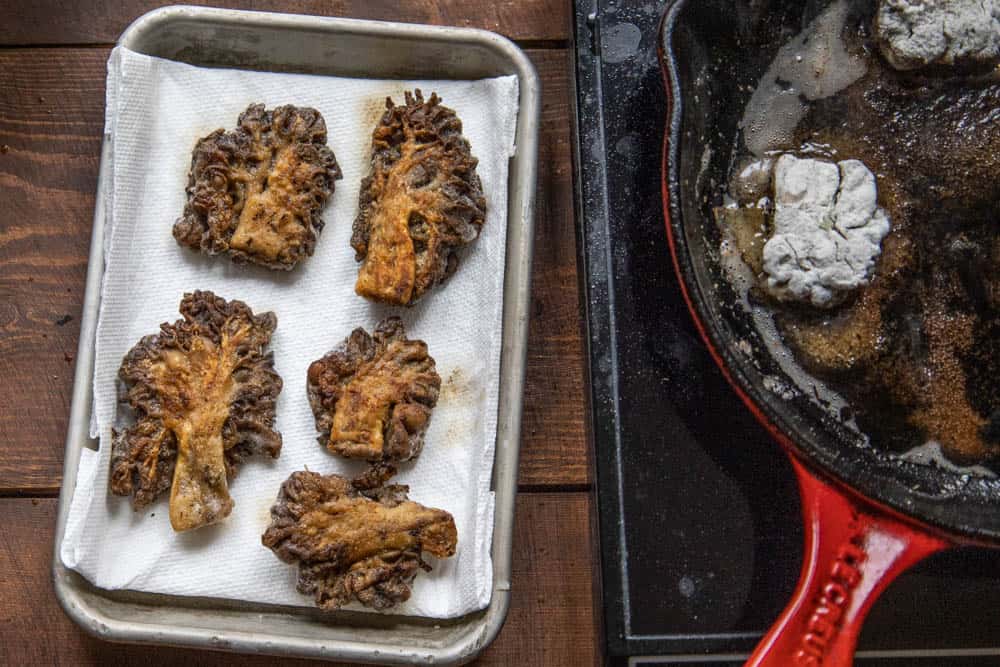 A quick dredge in seasoned flour helps the mushrooms not sputter in the pan.

Cooked like that, they're quite good, brown and crispy just like a mushroom should be. That being said, they're not a morel, and next time I may cook them without blanching, which would undoubtedly have a richer flavor. 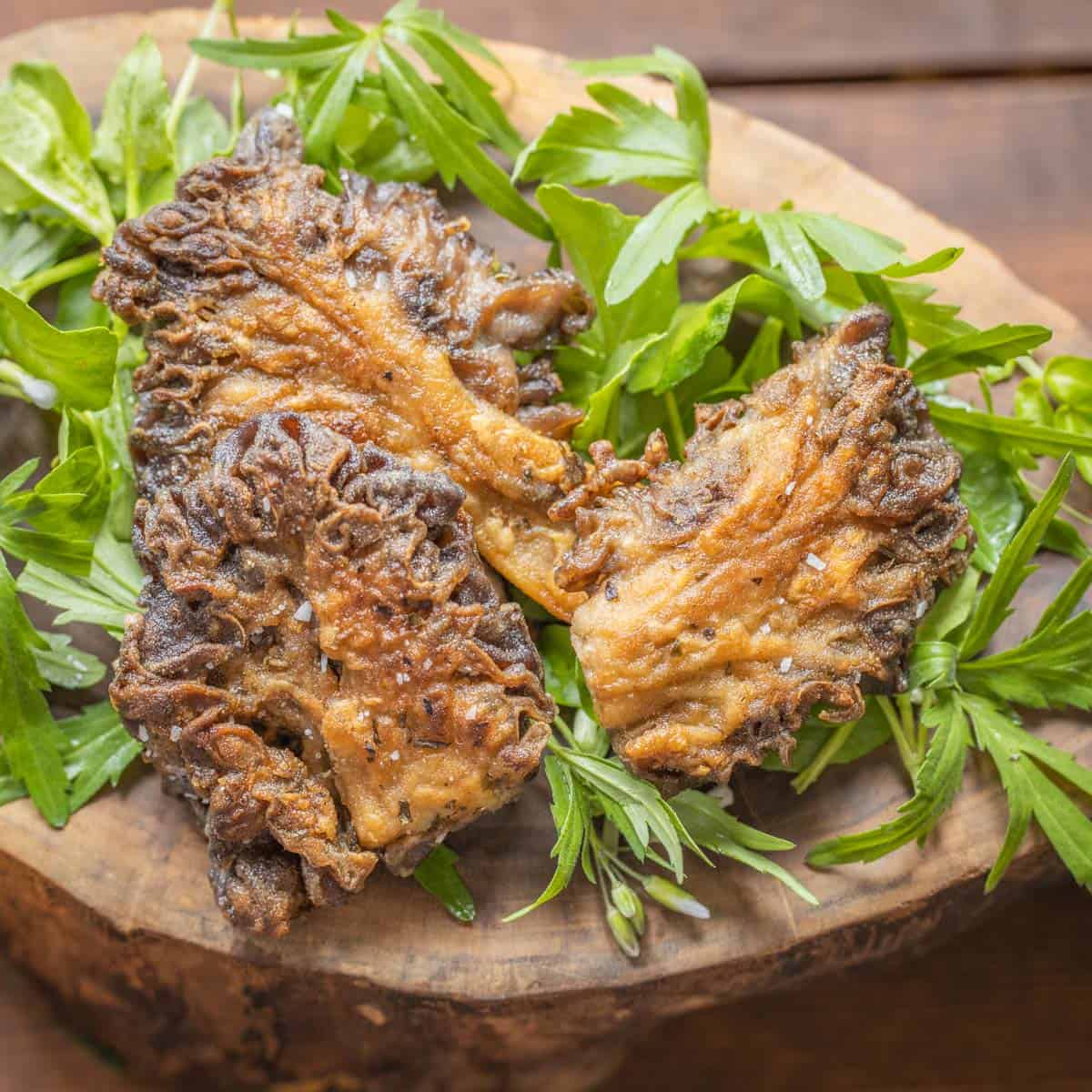 Crisp par-boiled gyromitra with an herby crust. Dredging the blanched mushrooms in flour helps them not spatter in the pan. Serves 2-4 as an appetizer or garnish for a steak or salad.
Prep Time15 mins
Cook Time25 mins
Course: Appetizer
Cuisine: American
Keyword: Gyromitra
Servings: 4

Seasoned flour (think of this as an example, you can use your favorite dredge)