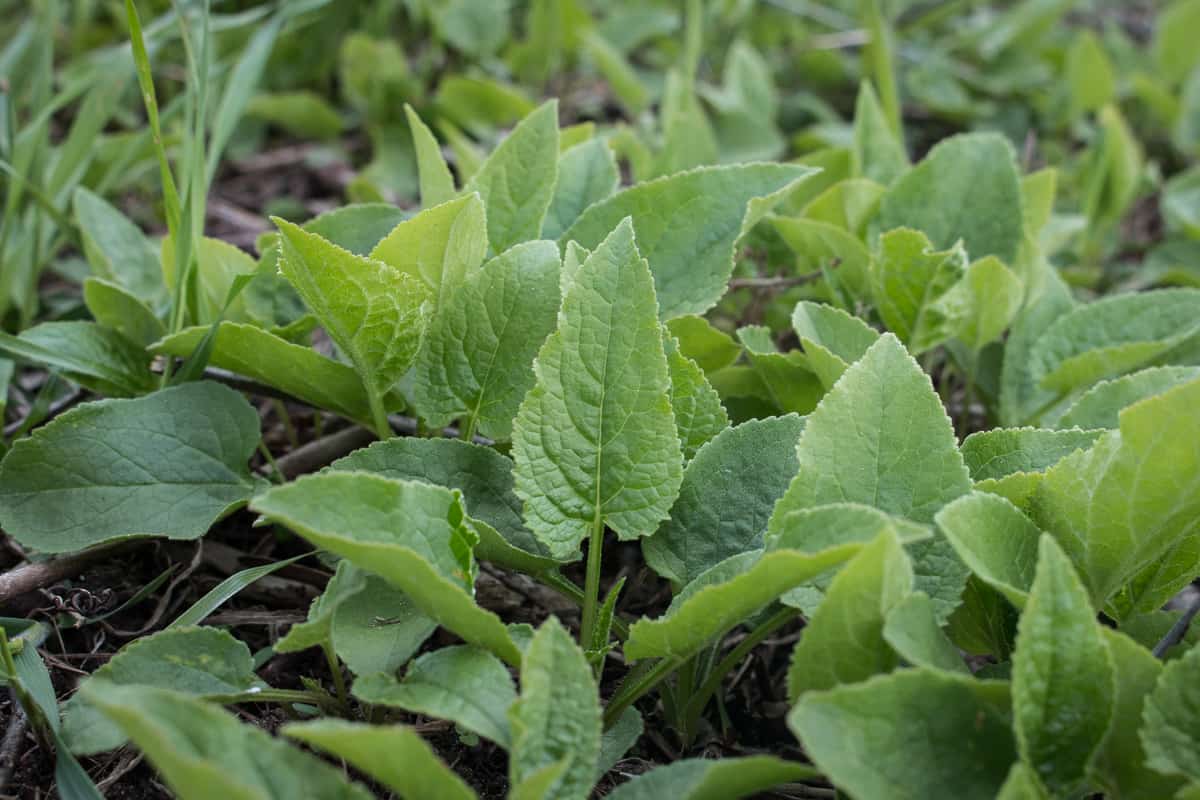 Creeping bellflower, also known as rampion bellflower, like a lot of edible wild plants that I like to eat, is a weed. A transplant from Europe and Siberia, it was apparently popular as a garden plant (like many weeds in the United States) and, as weeds will do, it rapidly spread from gardens to yards, to forests and fields. Now, the plant is widespread across the United States--bad news for native plants which it can crowd out and out-compete. 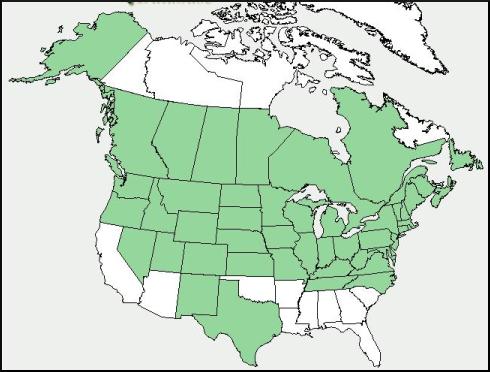 The good news, is that you can eat it, and you should--as much as you can find. Like a lot of other greens you might forage, creeping bellflower is better cooked than it is raw, in my opinion. The leaves, in their fresh state, even when very young, are a bit chewy, and the midrib sticks out a bit. You could technically probably hide a few leaves in a salad, but I hardly see the point when it's so much better as a pot herb (cooked). 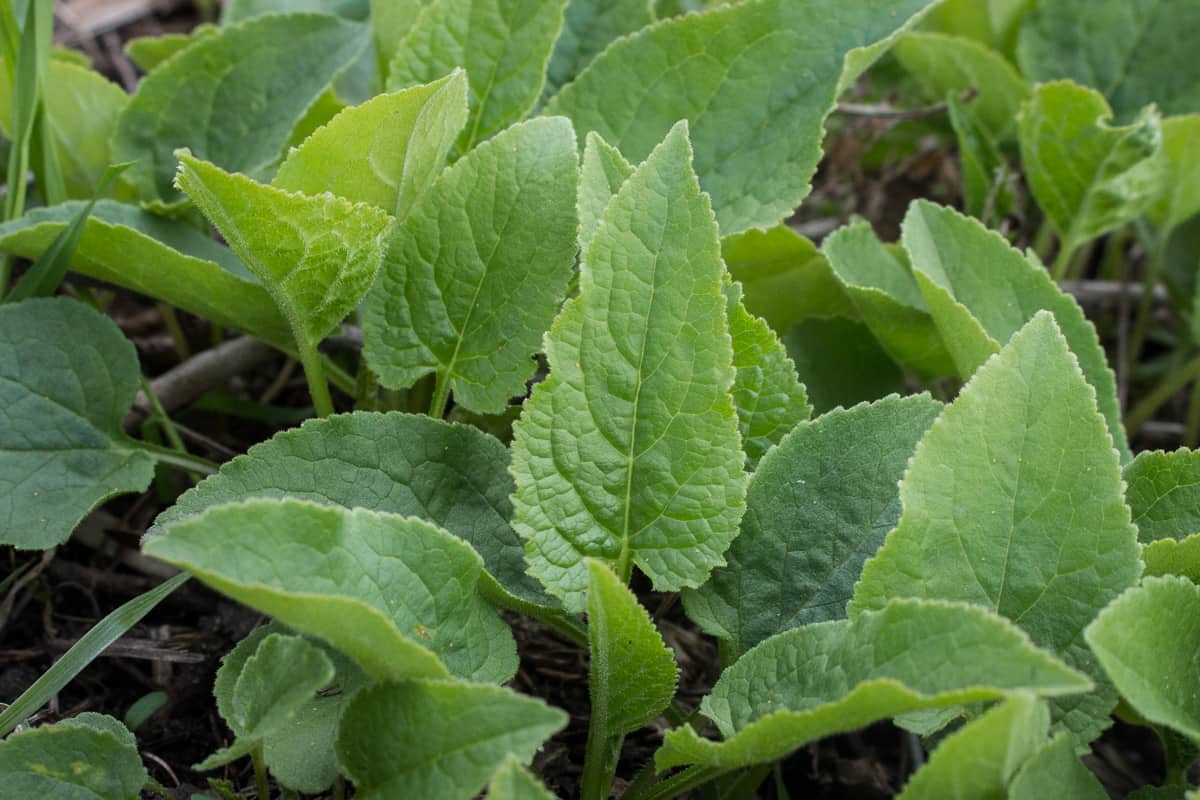 As far as harvesting, it's easy. Just clip them like any other greens and add to the basket. One thing to mention though, is that I only harvest the basal leaves of the plant, which, if you're unlucky enough to have them in your yard, will probably look like a reasonably thick carpet of greens. The good news is though, unlike a lot of other greens, ground elder, for example, creeping bellflower stays relatively the same throughout the growing season--it's not going to be horribly tough (or compartively tender) throughout the season. I do only harvest the basal leaves though, as leaves growing up the flower stalks are relatively small and north worth mentioning. 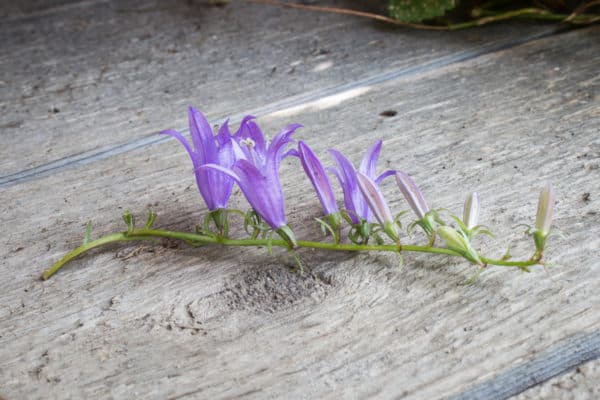 Flower stage. You'll want to remove the plants before the get this old. 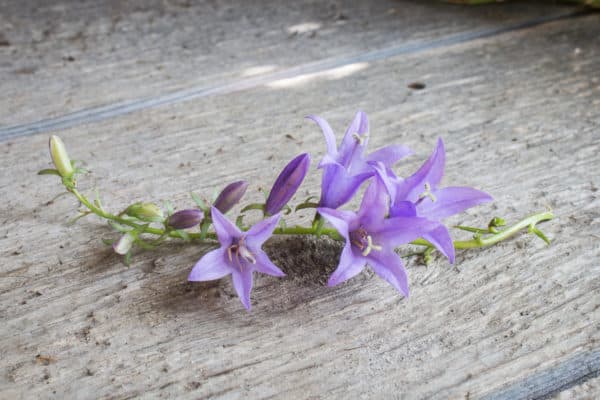 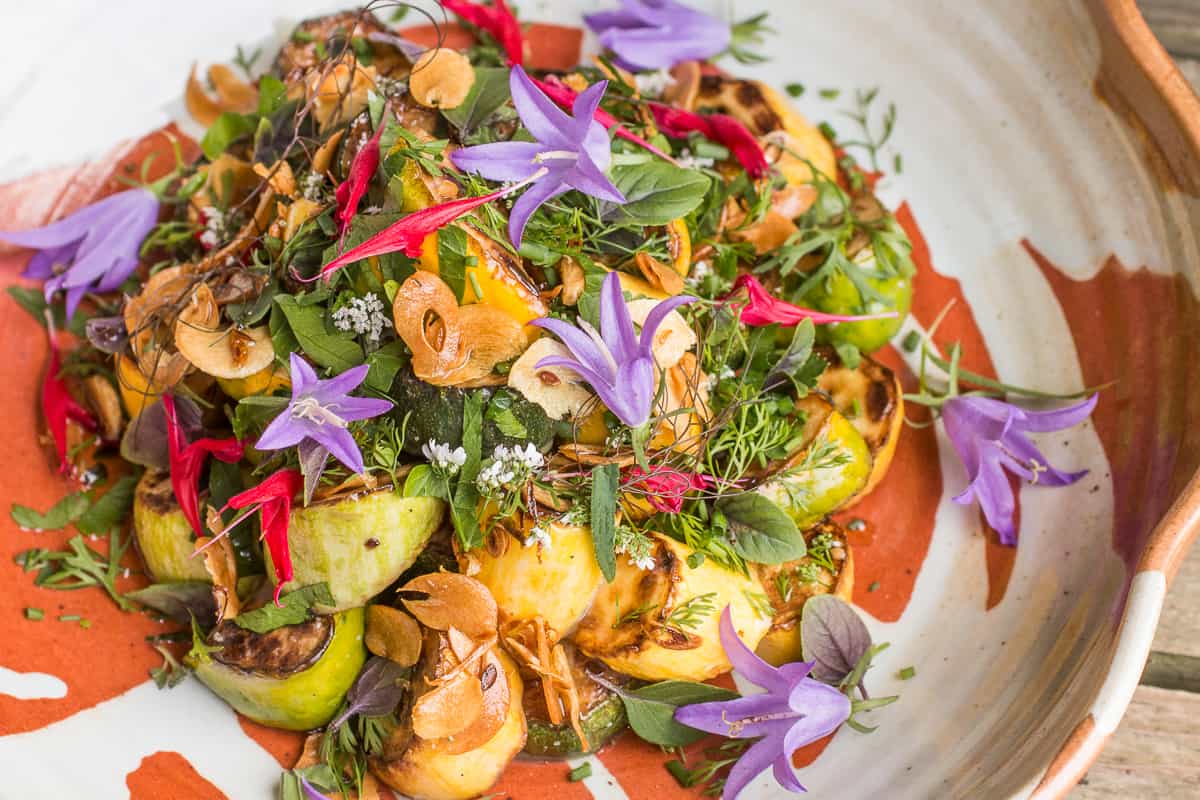 They might be weeds, but they still make a beautiful garnish.

The flavor is nothing fine, and just fine, it's not bitter, not incredibly sweet, not really anything too out of the ordinary. The good part, is that means it's a fine addition to a pan of wilted greens, and it will fade into the background just fine without overtaking other flavors. It's a good green for the table--typically I use it in a blend with other greens like Virginia waterleaf (hydrophyllum virginiana), violets, and mitsuba (Cryptotaenia canadensis). 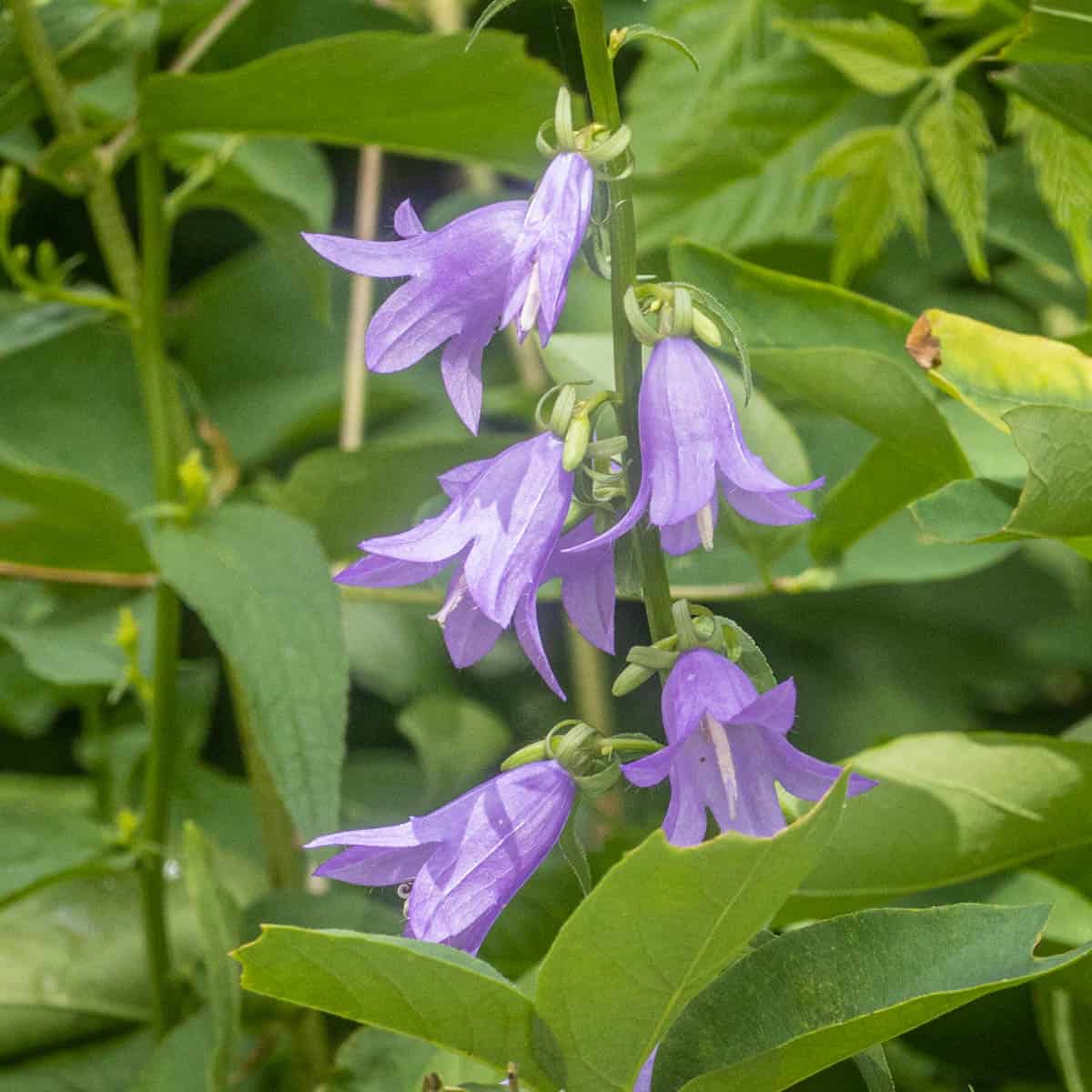 Besides cooking the basal leaves, the only other thing really worth mentioning is the flowers--they're a deep beautiful blue, and stand up well to an overnight stay in the fridge. Add some to a salad--they'll make a good conversation piece as well as a segue into different yard weeds you can eat.

I've read that the tubers of related plants are harvested in France, and C. rapunculoides should have edible roots too, but I haven't tried them yet, so you're on your own there.