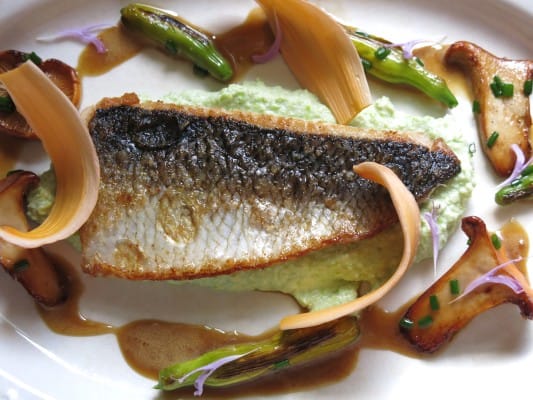 Thinking of cooking chanterelles in the summer fills my head with ideas. Their floral, fruity smell means we need some light accompaniments that won't take over and steal the show. Thinking of how their smell is so sweet, almost like flowers, reminded me of the daylilies growing outside next to my haggard, midget-mint plant. I grabbed some of their buds and a flower for it's petals, then made a dish out of them to compliment some freshwater herring filets, which are also known as tillabee, or lake cisco. If you don't want to make the entire dish the sub-recipes here for the endamame puree and the soy-vinegar sauce are useful by themselves. 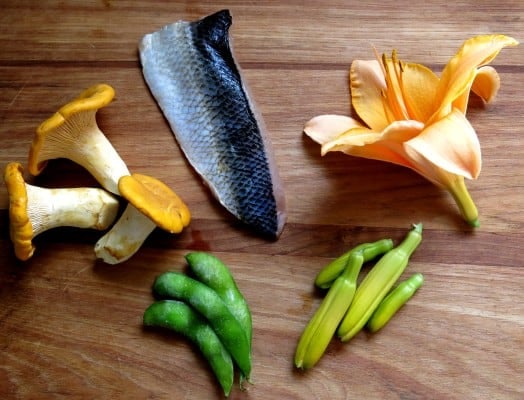 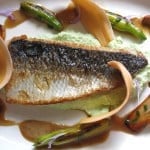 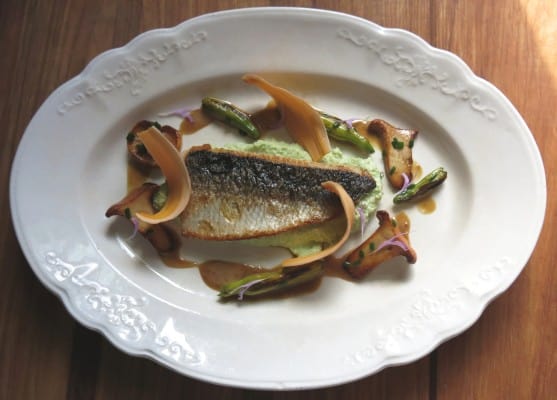