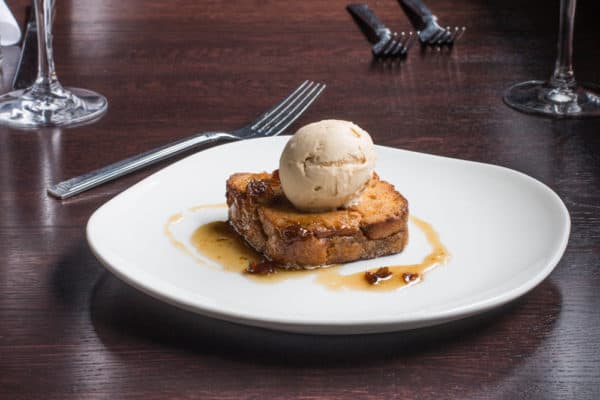 Back when I was running the Salt Cellar, I was dead-set on getting some kind of candy cap dessert on the menu. First I had ice cream, but that wasn't really interesting enough, and, since I was running a steakhouse concept, I wanted something with a good dose of Americana in it. I thought a candy cap mushroom bread pudding recipe would be just the ticket. The final version here is good but there were a few hiccups along the way.

If you know anything about candy caps, you know that the flavor is really strong, so strong that they can make your hands stink after working with them, and, if you cook with them, your kitchen, house, or entire floor of an apartment building will end up stinking like maple syrup, for days--no joke. There's worse lingering flavors to be had than maple syrup though, don't you think? Obviously, the delicious smell wasn't the problem. The issue, was that the first version of the bread pudding I made didn't have near as much candy cap "oomph" as I'd hoped. Luckily for my food cost at the restaurant, I was serving it with a wicked strong candy cap caramel sauce (see recipe below) but, if you've ever developed recipes and had them not turn out how you want, you know that it can drive you crazy a bit. 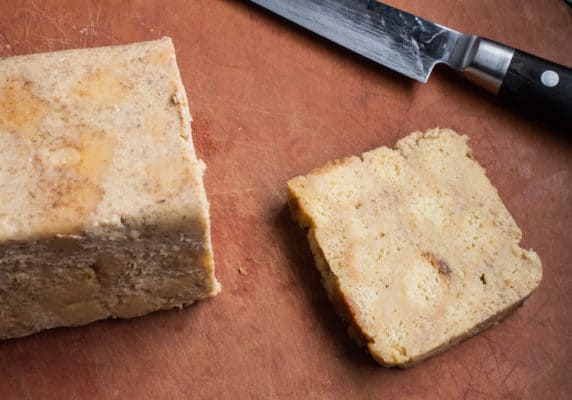 Pressing with a weight gives perfect slices, but you don't have to.

The problem was how I was treating the candy caps. Culinary logic would dictate that, to use candy caps in a bread pudding, you'd infuse the custard with candy caps, probably by soaking and re-hydrating them in water, then cooking that with cream and sugar, and using that to soak the bread. Nope. For some reason, soaking the candy caps and using the reconstituting liquid and mushrooms pureed into dairy wasn't good enough, and I didn't get any kind of decent flavor until I started just grinding them raw into powder and adding the mushroom powder directly to the dairy for the custard mix. 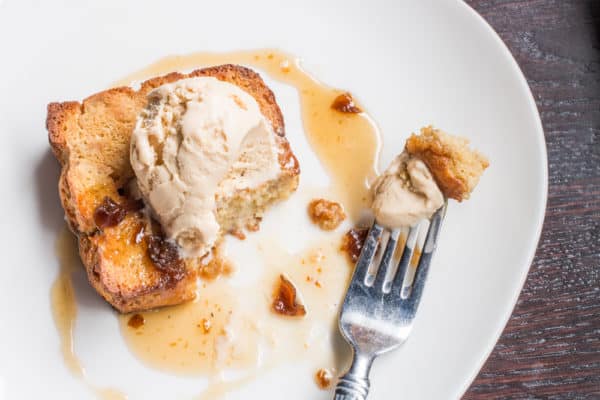 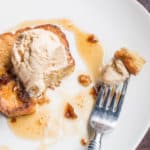 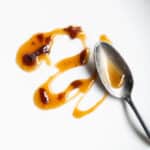