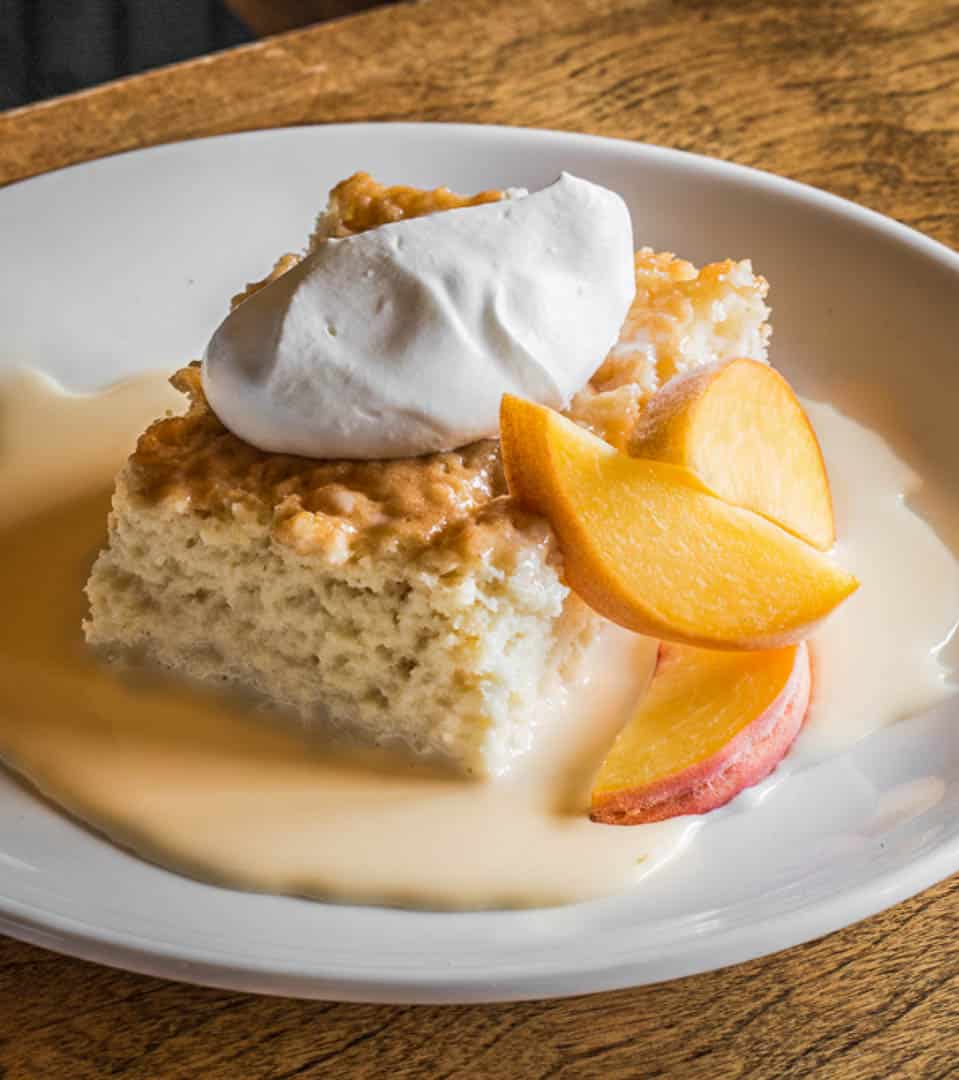 After Lucia's closed, I didn't feel like running another restaurant quite yet, so I negotiated a part time job consulting on the menu of a little French restaurant near Edina. I was slumming, but I just couldn't bear tackling another large operation just yet.

It wasn't a good fit. I ended up turning what was supposed to be a part time gig into a full time one (per usual). More pointedly, the owner was a bumbling idiot who would do things like "remodel" the bar by ripping boards out of the ceiling drunk on tequila, and hired one of my prized pupils as chef de cuisine, expecting him to do it in 20 hours a week. But, I got an unexpected bonus in that I learned how to make tres leches cake, so, there's that. 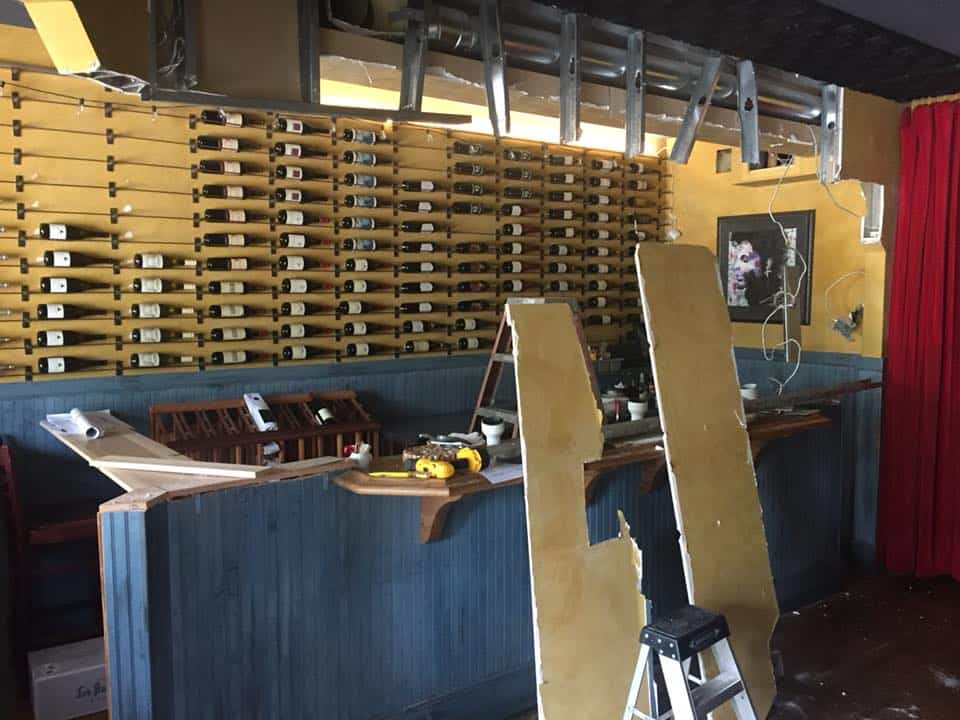 "Remodeling" the owner did this drunk one night. The debris was left out for months, while diners came and went. It was so weird.

I'd never had tres-leches cake before, and, as the it was basically the house dessert, I was unimpressed by its ho-hum look and thought of removing it for a while in favor of something like Fernand Points masterpiece, the gateu marjolaine. On the plus side, the ol' tres leches was simple enough so that you didn't need to speak English to make it with your eyes closed, and, there weren't any expensive ingredients. Dang if it wasn't good too. 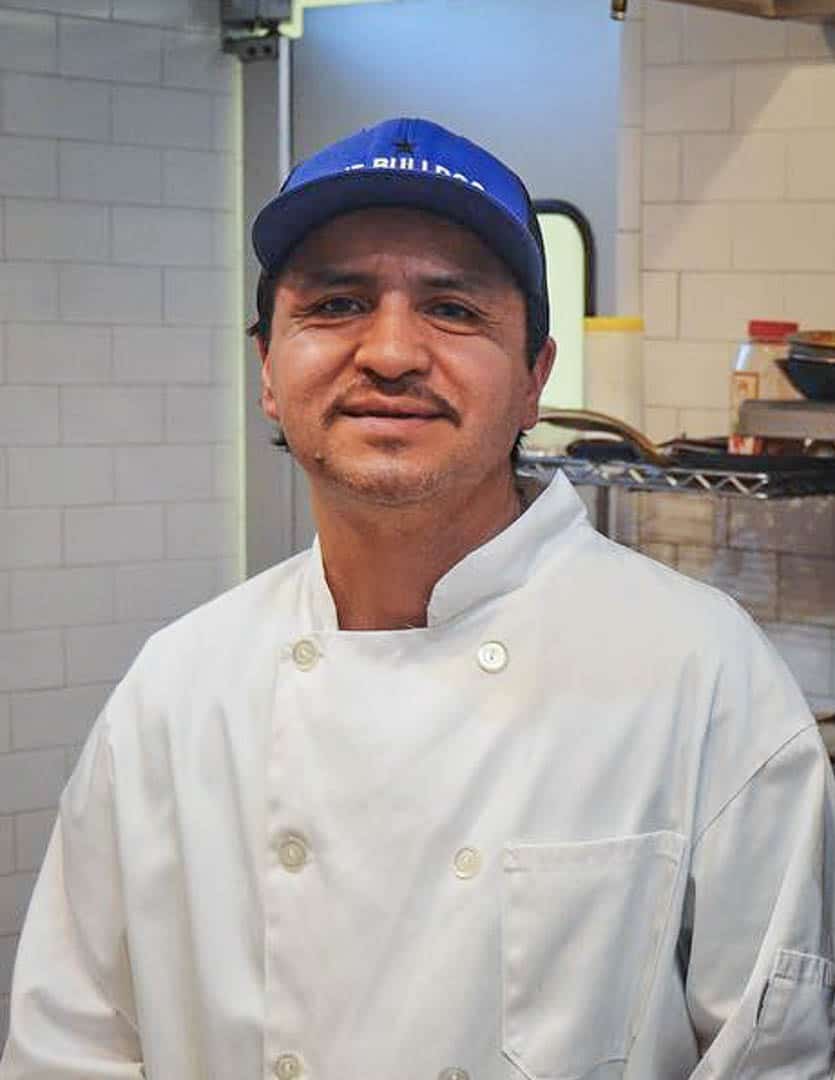 Chef Olmedo was a one man army, a complete beast. Every single hot dish for the restaurant came off of his station. He taught me the finer points of making the tres leches cake, which he brought to the restaurant nearly a decade ago. Image used with permission.

The final event I did at the little restaurant was to host a book launch dinner for my friend Michael Karns and his co-authors who wrote the book Untamed Mushrooms. The savory courses were easy, but I needed a dessert too, and it needed to have mushrooms. Enter the candy cap, lord of the mushroom dinner finale.

Menu from my notes

I love candy caps for their sickly sweet flavor that tastes more like maple syrup than maple syrup. They're a dream to work with in the kitchen since their flavor is easily transferable to a multitude of cooking mediums (doughs, butter, sugar, syrups, etc). But cream and dairy probably make them slap the hardest, as the kids say.

It's a great variation on the classic, and as the milk absorbs the flavor so well, there's no need to try and incorporate the mushrooms into the batter. It's a piece of cake. 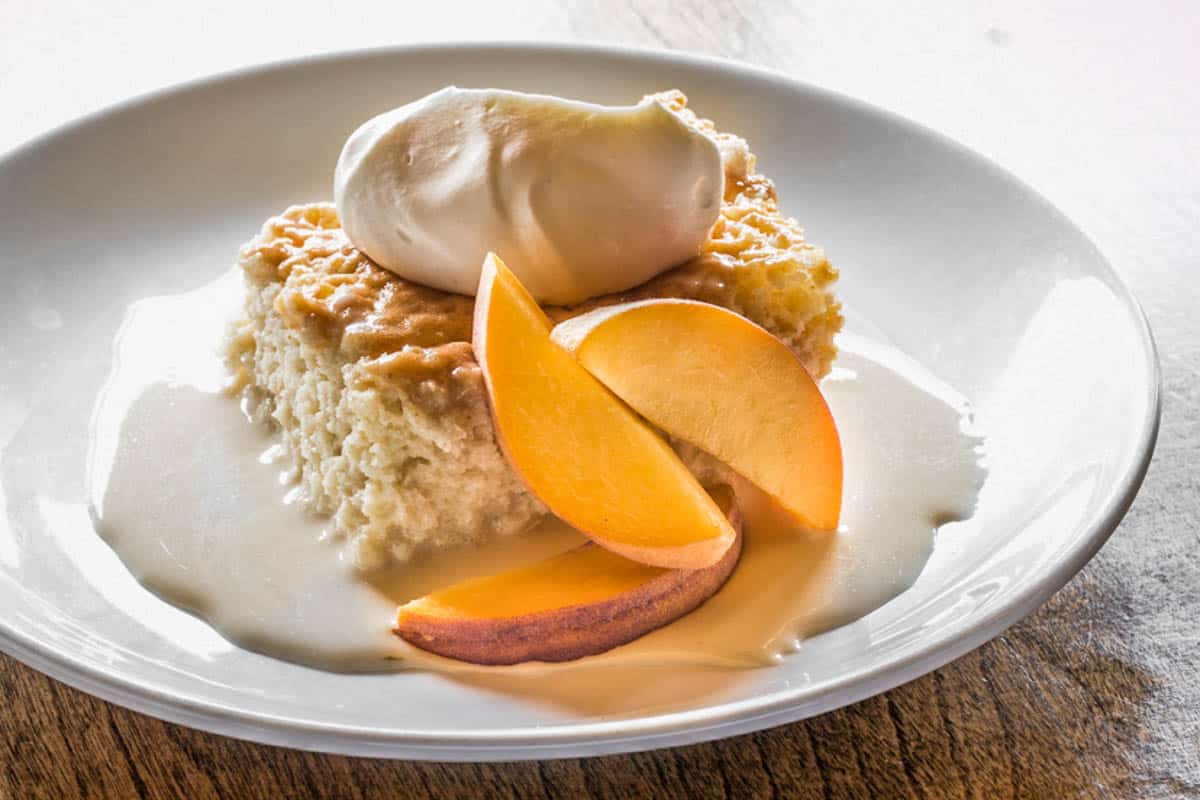 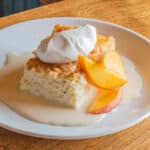 * Once you cut into the cake, you will "break the seal" so to speak, and the milk will begin migrating out of the cake. It's mostly cosmetic, and you can spoon the milk onto servings of the cake, but there may be crumbs and it isn't as clean looking as freshly cut.
« Candy Cap Mushroom Marshmallows
Oven Dried Tomatoes with Bergamot Leaves »