Got a burdock root? Meet your new favorite recipe.

Kinpira, or kinpira gobo as you'll see it listed on menus at various sushi and similar restaurants, is a tried and true preparation for burdock root (it's usually called gobo) and if you've never had it before, you need to drop what you're doing and make it now.

It's a snap to make, colorful, but most of all, delicious warm, room temp, or just straight out the fridge cold. It's also sturdy, and nearly impossible to over cook. If you've been skeptical about eating burdock root, or questioned (like me) if digging wild ones would ever be worth it, trust me--it is.

The seasonings of a pinch of sugar (I use maple syrup) soy, a little ginger, and sesame or another oil are great, and will make plenty of things taste good. But, the real secret is a bit of knife work. Kinpira is one of the most perfect examples of where and why good julienne skills are useful in cooking. Seriously. 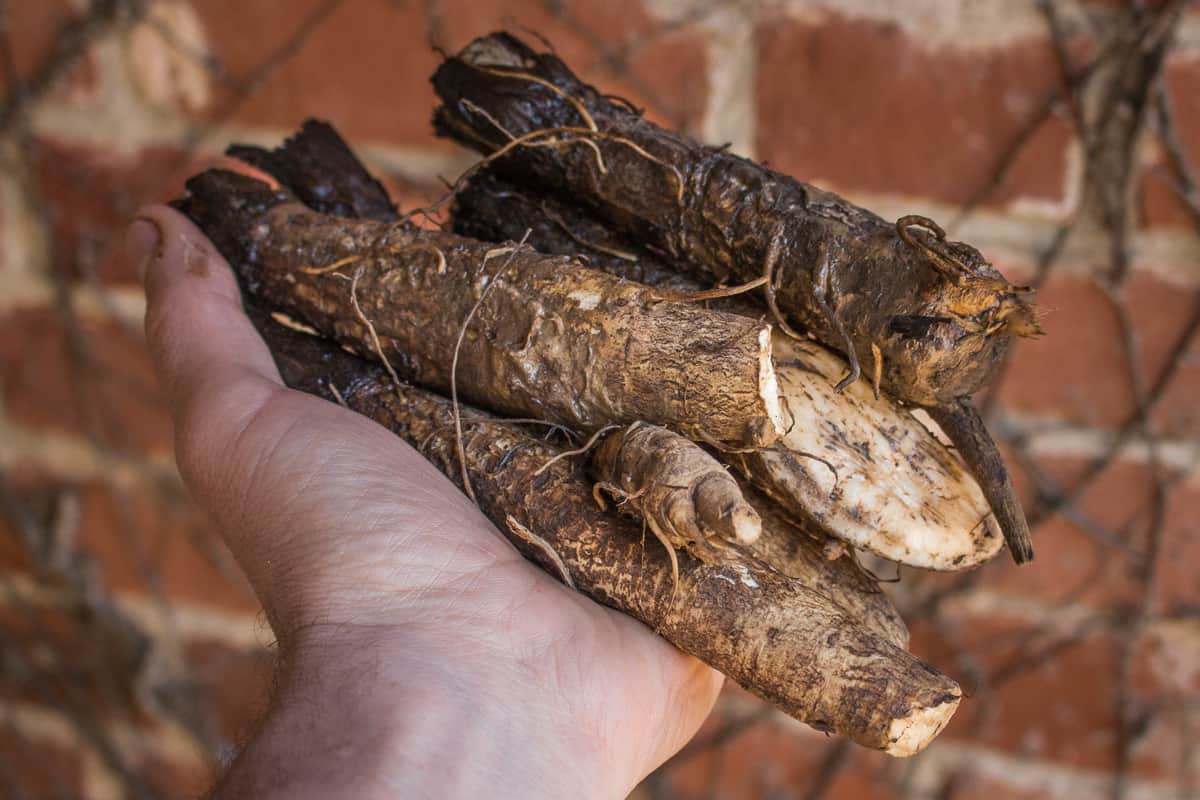 These tough little bastards will test your knife skills, but trust me, it's worth it.

I'd been cooking burdock for years like a European would, meaning I treated it like a parsnip or another root--my first instinct was to either puree and strain it to avoid the root fibers, or cook it for hours on end in chunks or coins. After my first bite of kinpira gobo at a simple sushi restaurant in San Francisco, I felt like pretty silly for not trying it earlier. Sliced into thin strips, the rock hard roots cook in 10-15 minutes or so--a fraction of the time of trying to cook larger pieces. It's pure genius. 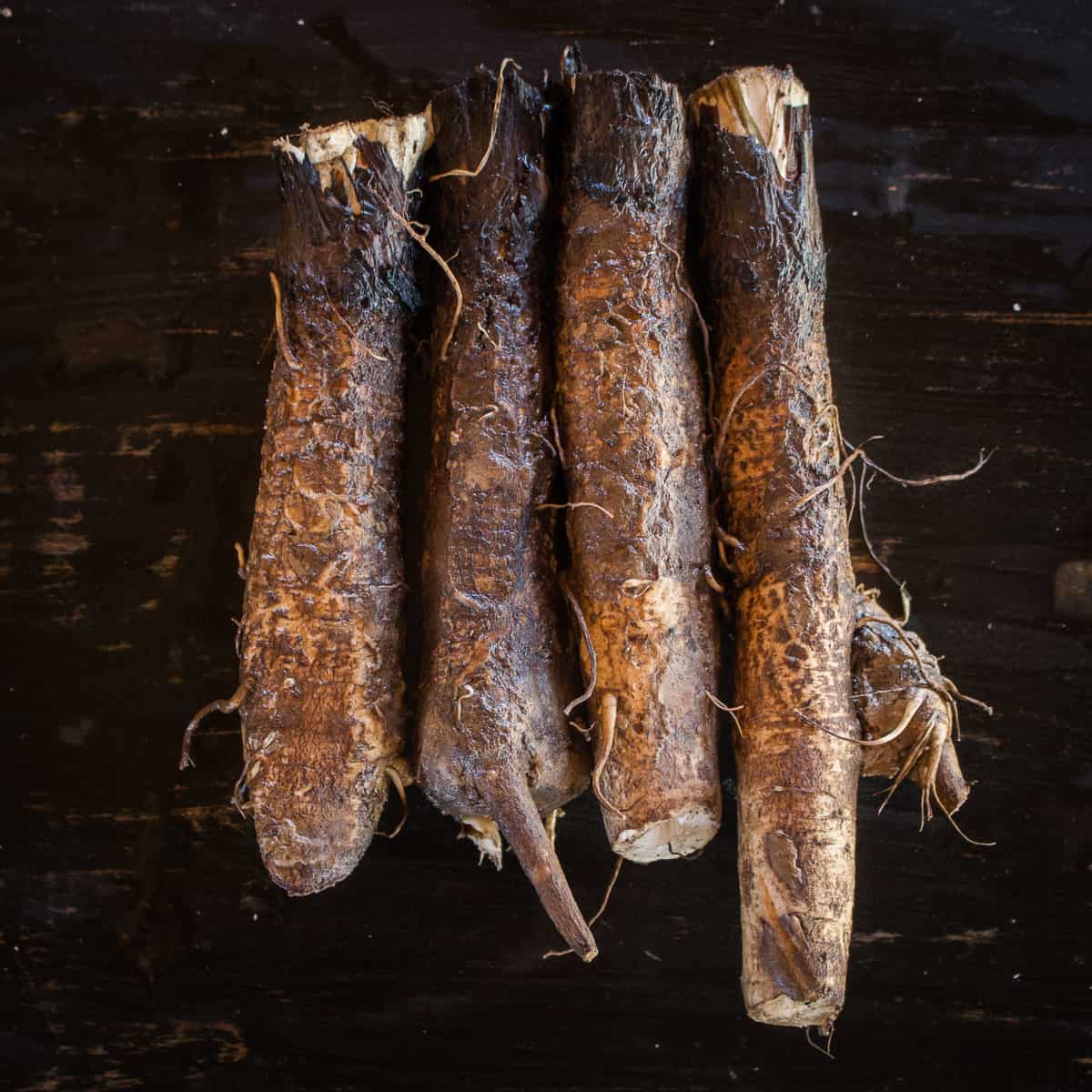 I typically harvest only the top 8 inches of the root or whatever I can manage using a spade. Digging a whole burdock root is for the birds.

Once I learned that the roots weren't that difficult to dig (at least the top 6 inches or so) I started making burdock kinpira regularly, and if you have burdock on your property, or know an Asian market that sells gobo root, after you give it a shot, you probably will too. I garnish mine with some toasted seed, herbs and scallions if I have them, but if all you have is burdock, carrots, soy sauce and maple syrup or sugar you'll be just fine too. 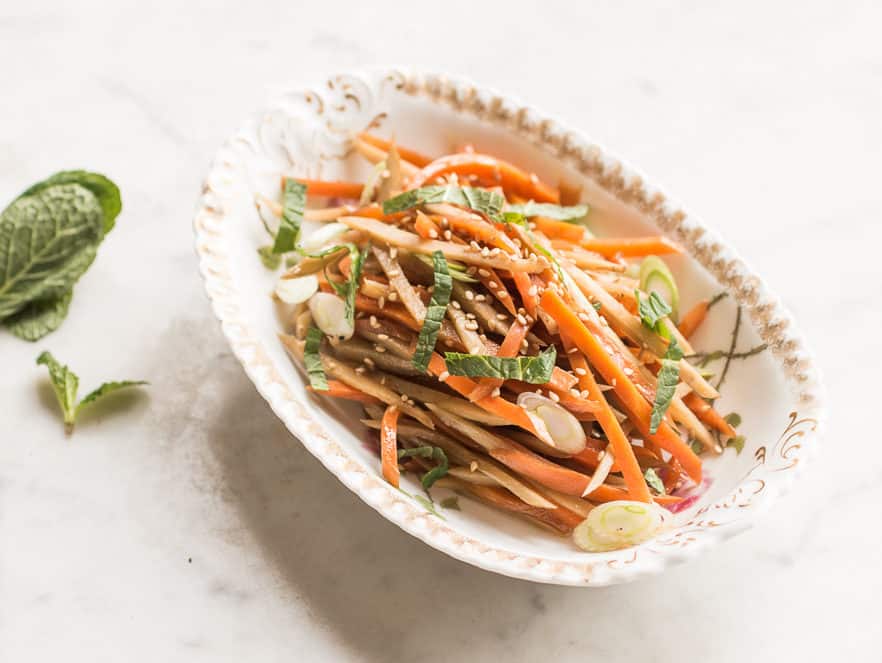 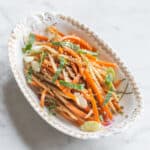