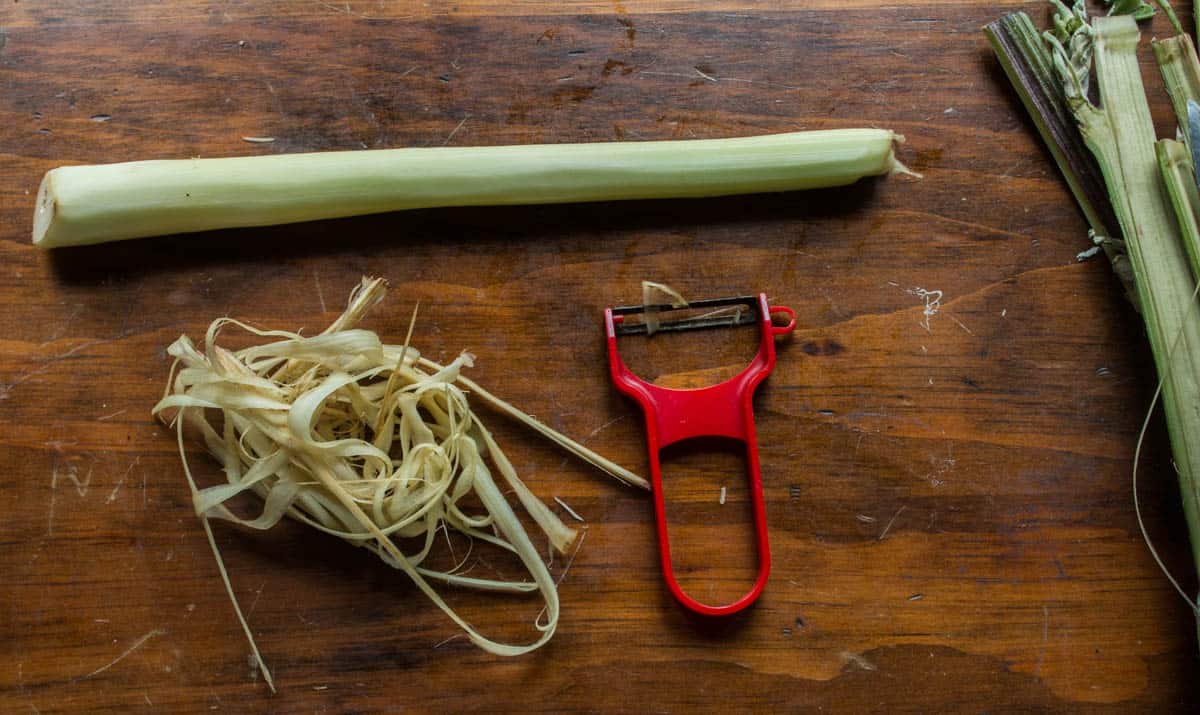 Burdock flower stalks, which need to be peeled twice, for more info on foraging and processing, see my previous post here.

This may be the most interesting way I've found to cook those burdock flower stalks yet, I talked about harvesting and cooking the stalks last year, but after I published the post I still had a few stalks left in the cooler (they will keep for a good month or two wrapped in damp towels in a sealed container with some air holes on the side). Making noodles out of vegetables is nothing new, but zucchini and celery root noodles are only scratching the surface of possibility. 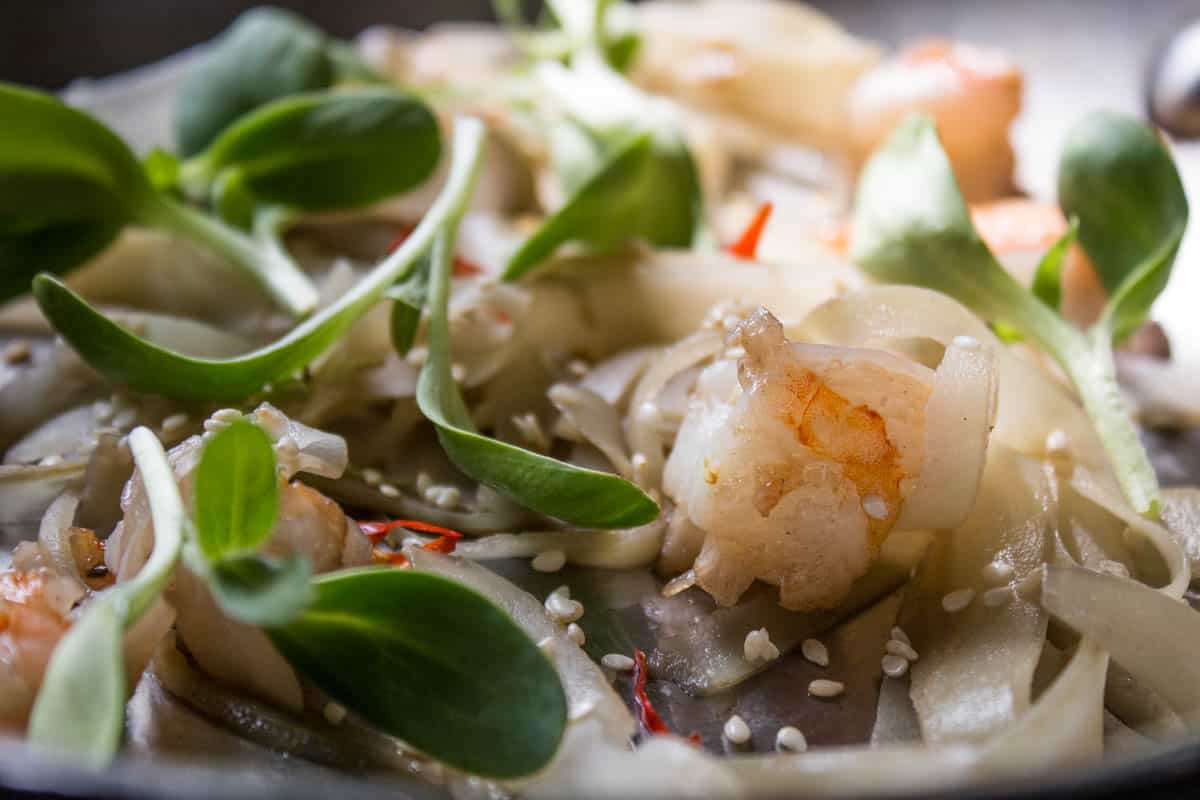 The method is easy, peel and shave some burdock flower stalks or roots thinly on a mandoline, then simmer in some good tasting liquid for 15-20 minutes until the noodles are just tender, then drain well, and gently brown in some fat, dress with something interesting and eat. What you end up with are vegetable noodles that taste a bit like artichoke, that are much more forgiving to over cooking than something like a zucchini noodle.

I enjoyed mine as a small/appetizer plate, but they would be great cooked with a piece of fish on top, some fresh or wilted greens and a vinaigrette. There's lots of possibilities here, let your imagination guide you, just start by thinking of flavors you would pair with artichokes. 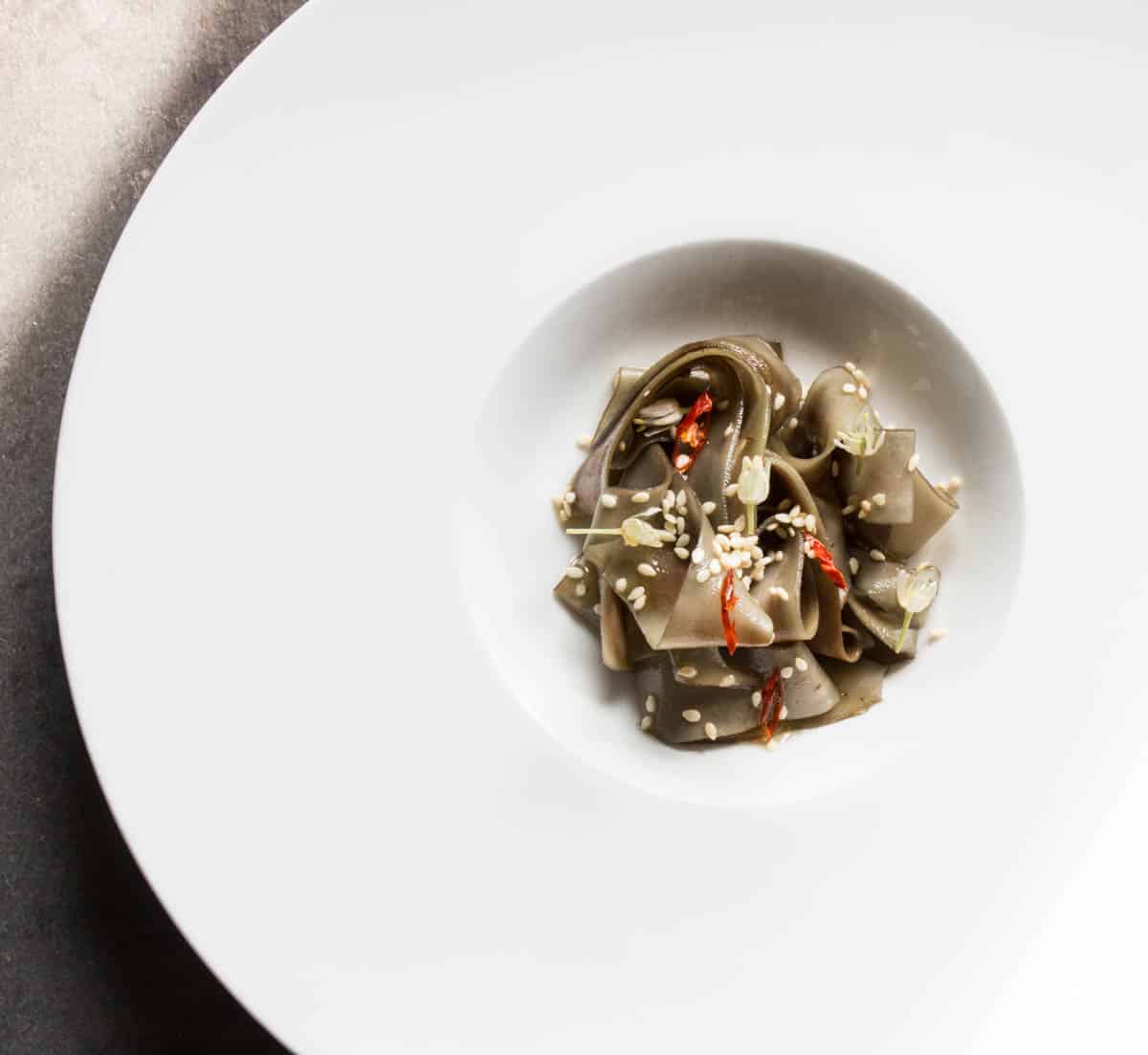 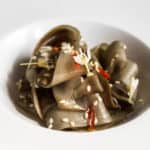