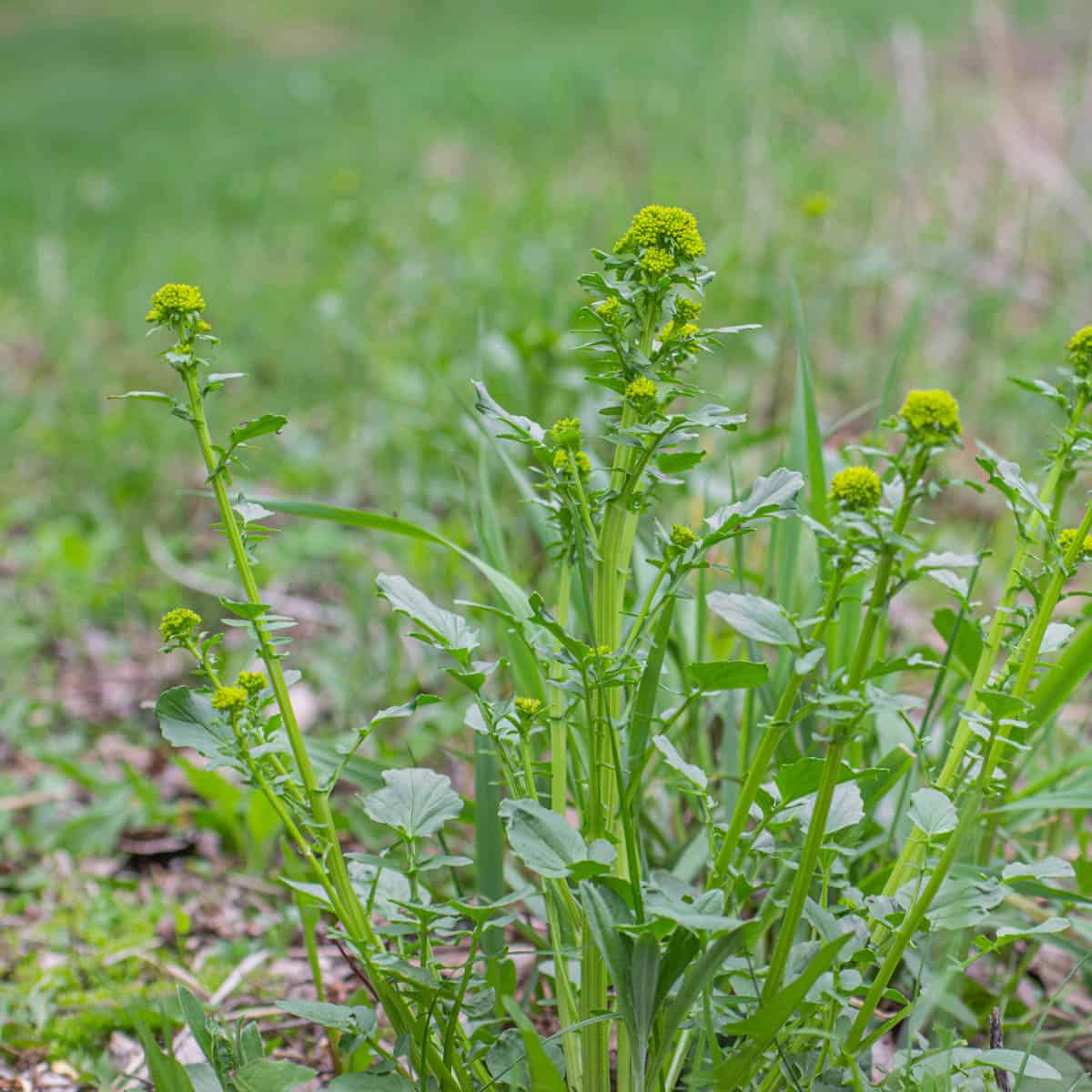 Wild mustard raabs. These buds are beginning their transformation into yellow flowers, just like broccoli. Slightly blurred on the right is garlic mustard, also growing a raab.

When we found out we were hosting the Swedish ambassador for a dinner two weeks ago, I was pumped. It was supposed to be a key moment in the drive for luring the world’s fair to Minnesota, which could be a reality if our team’s food really knocks the socks off of people at the world’s fair in Milan next year. Before our state takes on the globe though, our culinary team had to tackle a dinner showcasing Minnesota food to impress the Ambassador and his crew.

The first course for the dinner we planned to be nettle broth, with nettle filled tortellini. I got the idea to kill two birds with one stone and pick the nettles with my grandma as a little mother’s day date/project. I thought it would be good to get outside together, and sharing the excitement of picking food for the ambassador’s dinner would be icing on the cake. While we hunted the nettles, She told me about my great-great grandmother, and how she would’ve loved to pick nettles with us, which was fun. 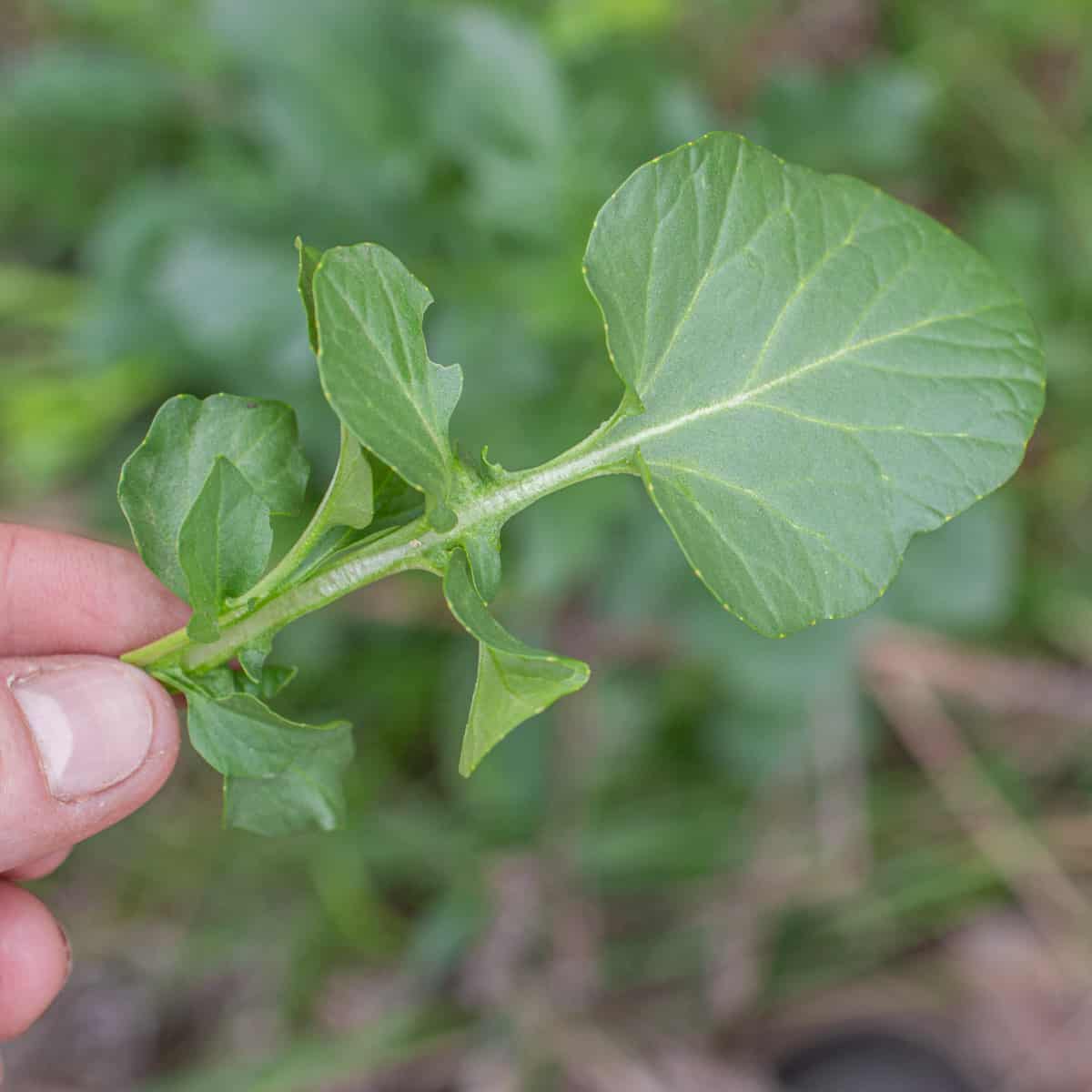 After we filled our bags with nettles, I noticed something. My friend had pointed out wintercress to me a while back and I’ve been enjoying the leaves on my foraging outings. It’s bitter, but if you’ve eaten a salad of dandelion leaves, you won’t wince a bit, as long as it’s relatively young. I saw Grandma had a bunch of them growing around the pine trees in her yard, but there was something different about her’s than the ones I had been seeing. The cress was shooting up little stalks, which I knew would be their flowering/reproductive mechanism. Their shape was what really caught my eye though, and it immediately made me think of one of my favorite bitter vegetables: rapini/broccoli raab. 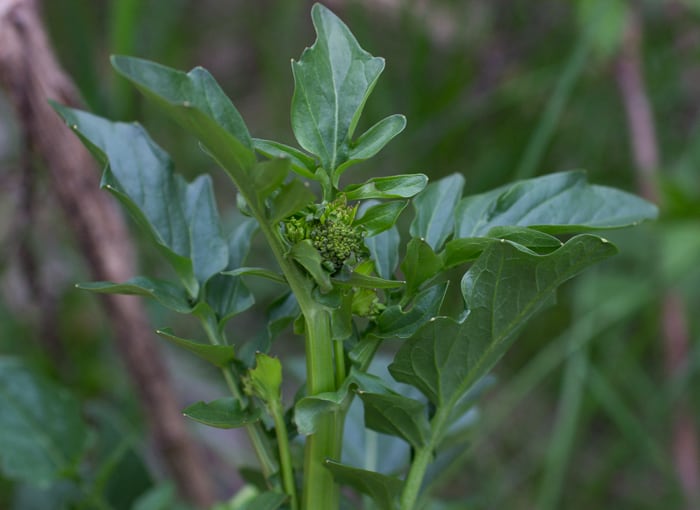 The stem and shape of the wild raabs is very close to that of cultivated rapini/ broccoli raab.

Now, I am no botanist, but I do know that rapini is in fact a type of turnip green, as we can see by it’s name cima de rape, or “turnip top”  in Italian. From here, I know that turnips are in the brassicaceae family, which also include cauliflower, turnips, broccoli, horseradish, and…….mustard greens, just like the wintercress I had been picking. I had a paradigm shift that went like this:

Rapini aren’t the only plant that create raabs, it’s a reproductive characteristic many plants can share.

Before dinner at grandma’s, I ran off to a park to check on a fiddlehead patch and clock their growth. Unfortunately I was mistaken and they were inedible bracken ferns, but on the bright side there were plenty of more raabs about, and I even found an additional species being produced by garlic mustard, that invasive pest. I brought the two types of raabs back to grandma and grandpa’s and we cooked some up. The garlic mustard raabs were very bitter, but the wintercress raabs were every bit as delicious as rapini from the store, if not more so, as well as being more interesting all around. 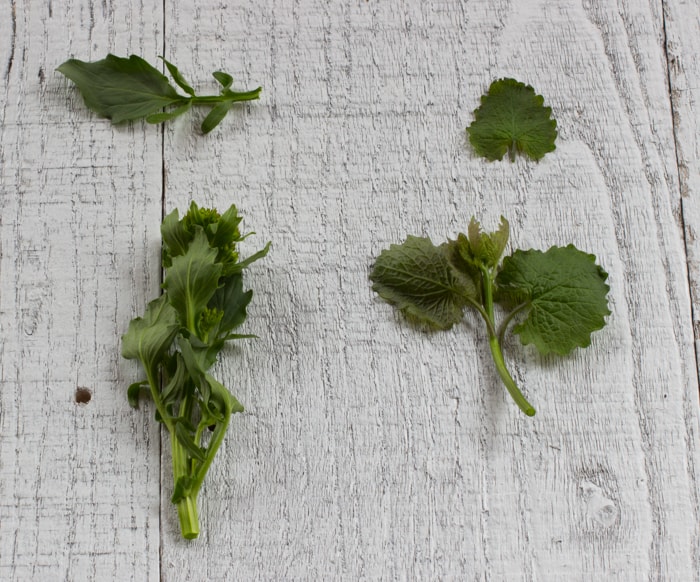 Kitchen wise, these can be treated just like store bought rapini. They are a little bit more on the delicate side though, they need gentle cooking. Rapini, if overcooked, will get straw-like, and dry out, wild raabs are the same. If you want to try some, I suggest a quick blanching in salted water and shocking to preserve their color, then all you need to do is gently heat them, the less time they see in the pan the better.

So far these are the only raabs I’ve found besides that from the milkweed, which is slightly different; more like a puffy outer-space broccoli floret, that isn’t at all bitter. If you know of other plants that will form little raabs these, I’d love to hear about them.