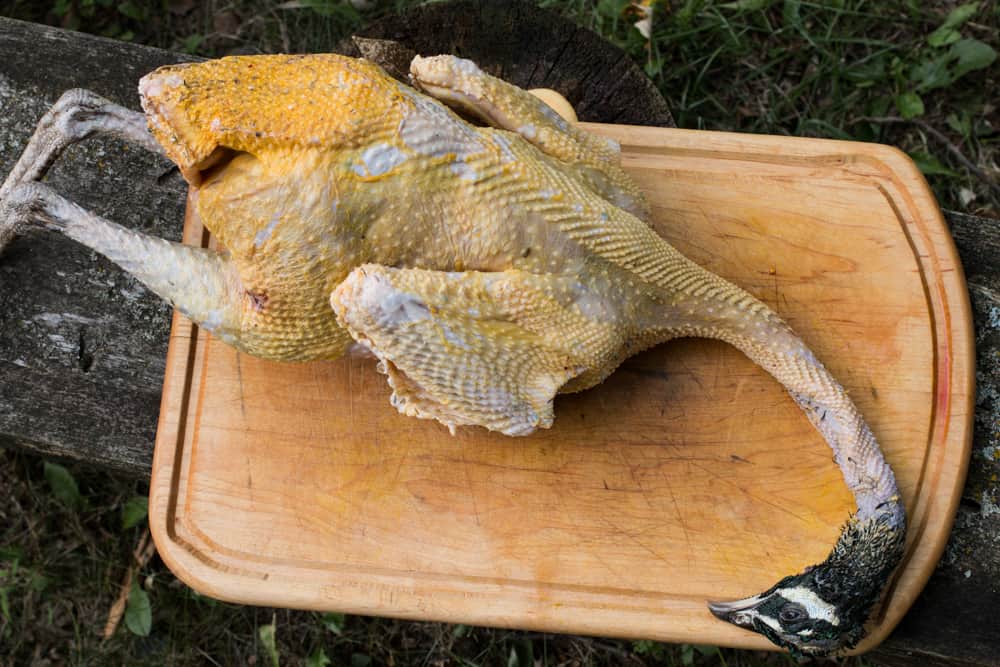 Peacocks have long necks: perfect for a natural sausage casing.

American culture has a predilection for looking at exotic food from safe distances. We want to watch shows about eating bugs and snakes, but the majority of us would balk if someone tried to feed them to us. We're fascinated by foods we deem strange, but that fascination is strictly for the value of the shock it gives us, not the value of something we would actually eat for pleasure or nourishment.

Organ meats suffer a horrible rep in our country compared to the rest of the world, but slowly and surely, they're becoming more welcome in our dining seen. I don't get to work with offal as much as I have in the past, so I tend to have fun with it when I do.

My latest fun with offal took the form of a peacock I hunted on my friend's property. There isn't a ton you can do with the organs of just one bird, so I ground them with the breast meat, fashioned a type of sausage, and stuffed it into the neck of the bird, with the head still attached, which might seem a little macabre to some.

I was channeling the Roman cooks who'd bring a roasted peacock to the table covered in it's plumage which had been preserved to be a mask of sorts, taken off at the last minute before eating to delight and surprise dinner guests. Take porchetta too, we don't think twice about roasting a whole pig in America with the head on. To see a bird's head and think it's strange is purely a product of our social conditioning. 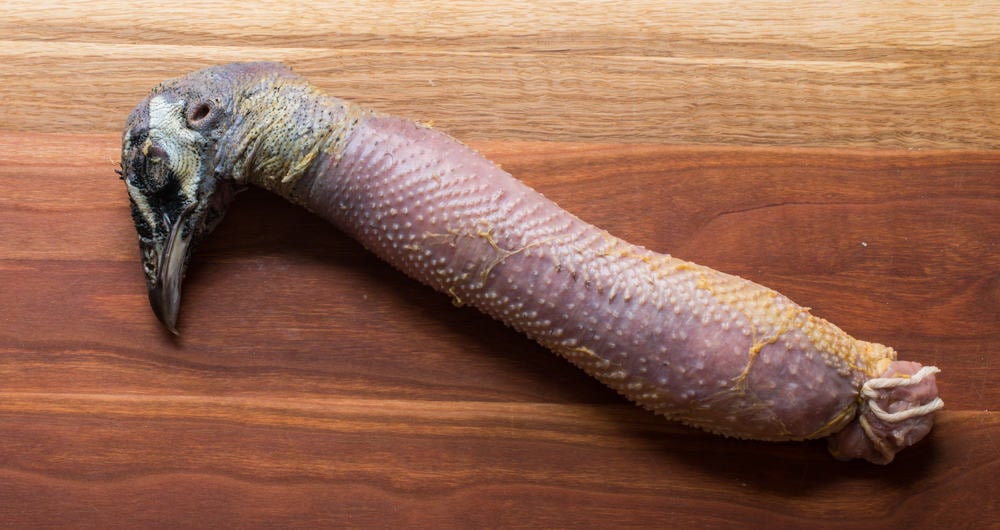 For me it wasn't an attempt to make something strange, I honestly thought people would think it was pretty, but after sharing it with some loved ones they were a little skittish. I guess after working with meat for so many years, I tend to look at carcasses and think they're attractive, (probably a chef thing) there's different pieces, colors, textures, a lot of things to appreciate and, plenty of possibilities to imagine when cooking them.

Needless to say the sausage can be made from any bird with a reasonably long neck, (I know Hank Shaw has made something similar with duck) and leaving the head on is of course totally optional. The neck of the bird is long, and the skin is tough and elastic as far as poultry skin goes, making a bulletproof sausage casing that's easy to render a crispy golden brown. 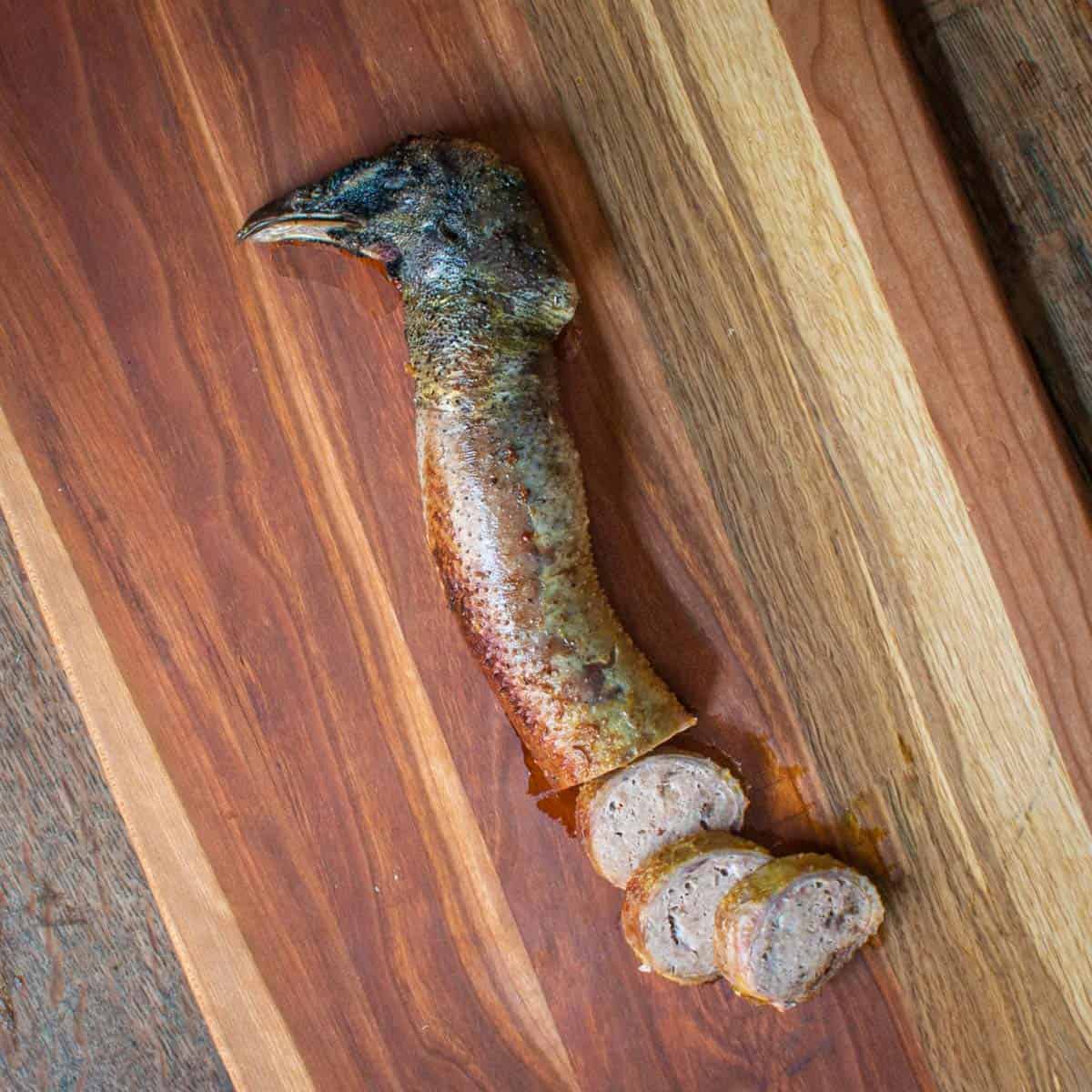 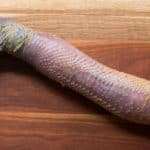 If you're adventurous and love poultry offal, chop the head off after the sausage comes off of the grill, then gently cleave it in half with a sharp utility knife (it's pretty easy since poultry bones are brittle after cooking),  get a small oyster fork and a pinch of nice salt, and each the brains if you like them-they're nice and mild.

« Black Trumpet-Peacock Dumplings With and Amaranth
Peacock Thigh Confit, With Chanterelles and Leeks »