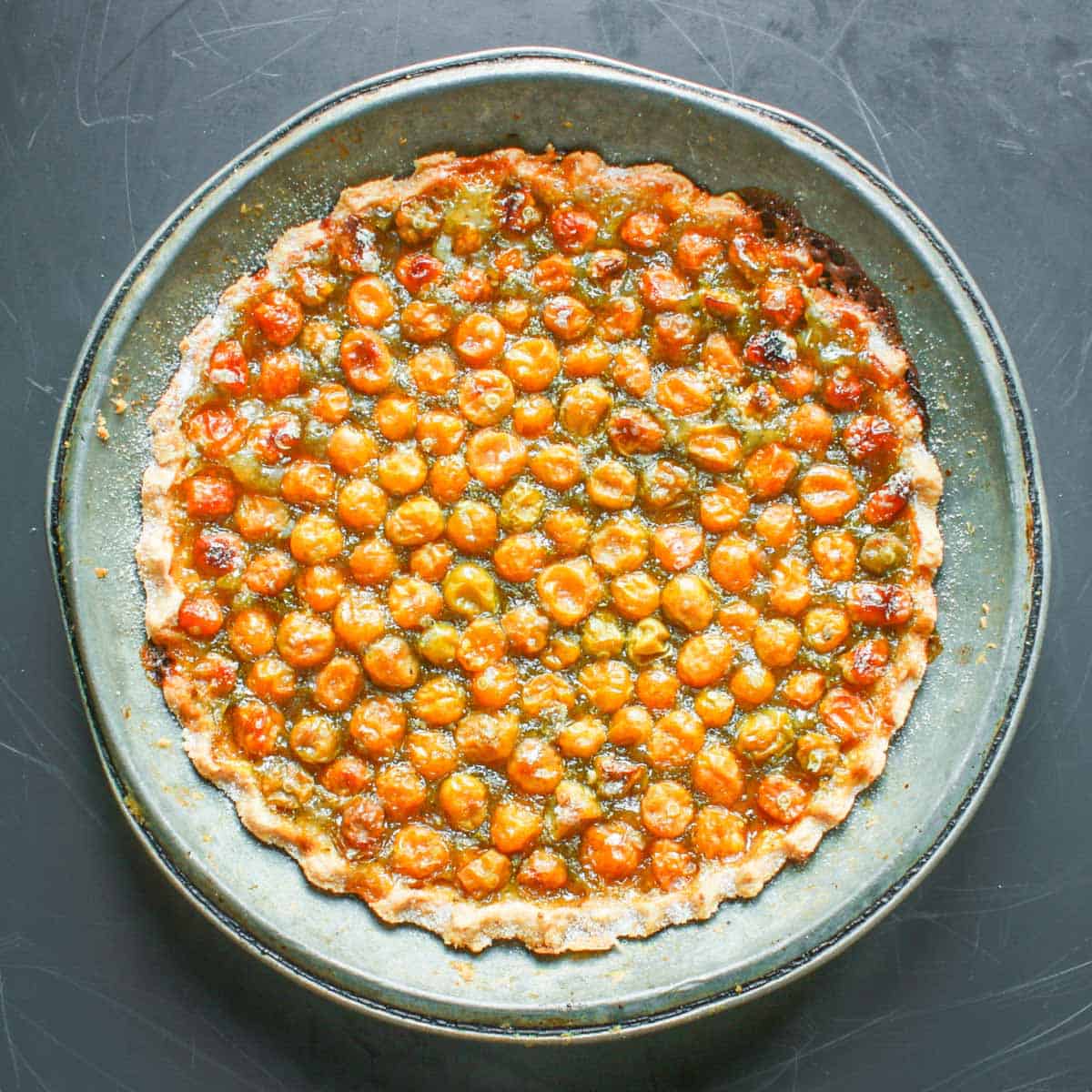 To me nothing says the end of summer like ground cherries (a.k.a. cape gooseberry or husk tomato) showing up at the farmers market. I'm still surprised at the lack of interest in them though, even though people's desire to cook with them seems to be on the rise. Part of the barrier to enjoying them is likely the cost-even I balk at the price of 60/flat, nearly double what I can pay for raspberries or strawberries during their season. 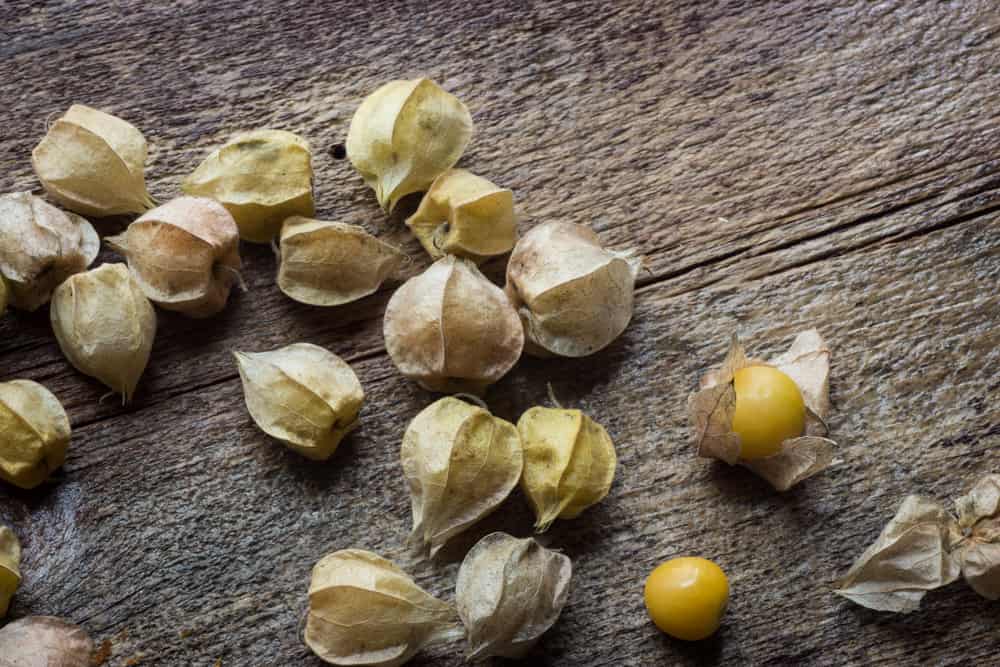 Another barrier is probably that people just don't know what to do with them: I mean are they a fruit, a vegetable, or what? The answer is that depending on what the end result will be, ground cherries can be either. 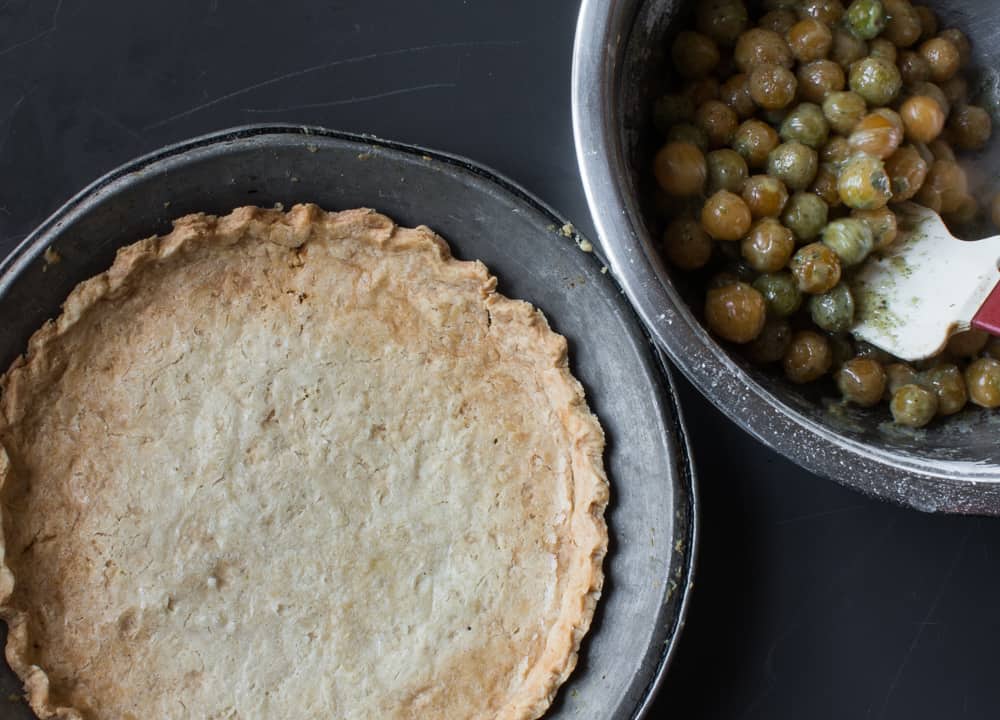 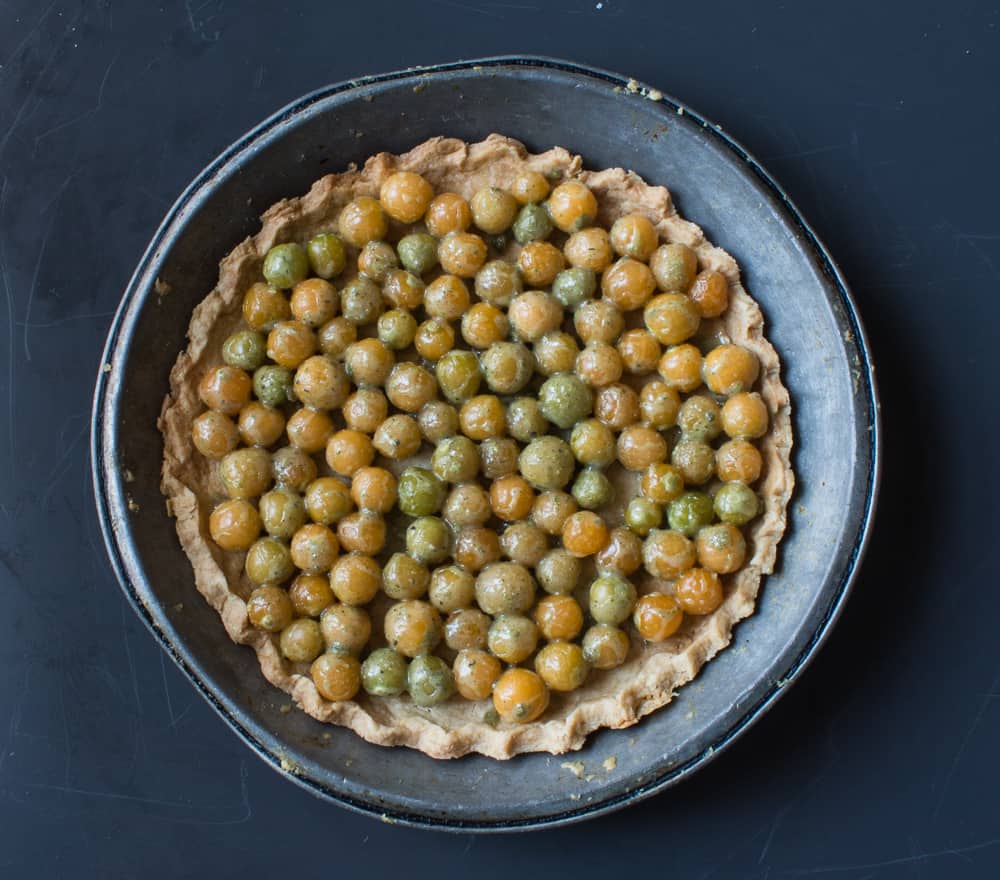 Ready for the oven

Sliced and mixed with tomatoes they can make a fun addition to a salad, cooked with sugar and pureed, they're a dessert custard or pie filling. Cooked with a little ginger, spices, a shot of vinegar and pureed, they make a great sweet-sour salsa verde for grilled meat.

I've done plenty with ground cherries, but I've always wanted to make a pie or something along those lines, which, to my knowledge should be a Mennonite, and or Amish tradition. The first thing I made was a really simple, open faced tart. It's great with a scoop of vanilla ice cream or a dollop of creme fraiche. 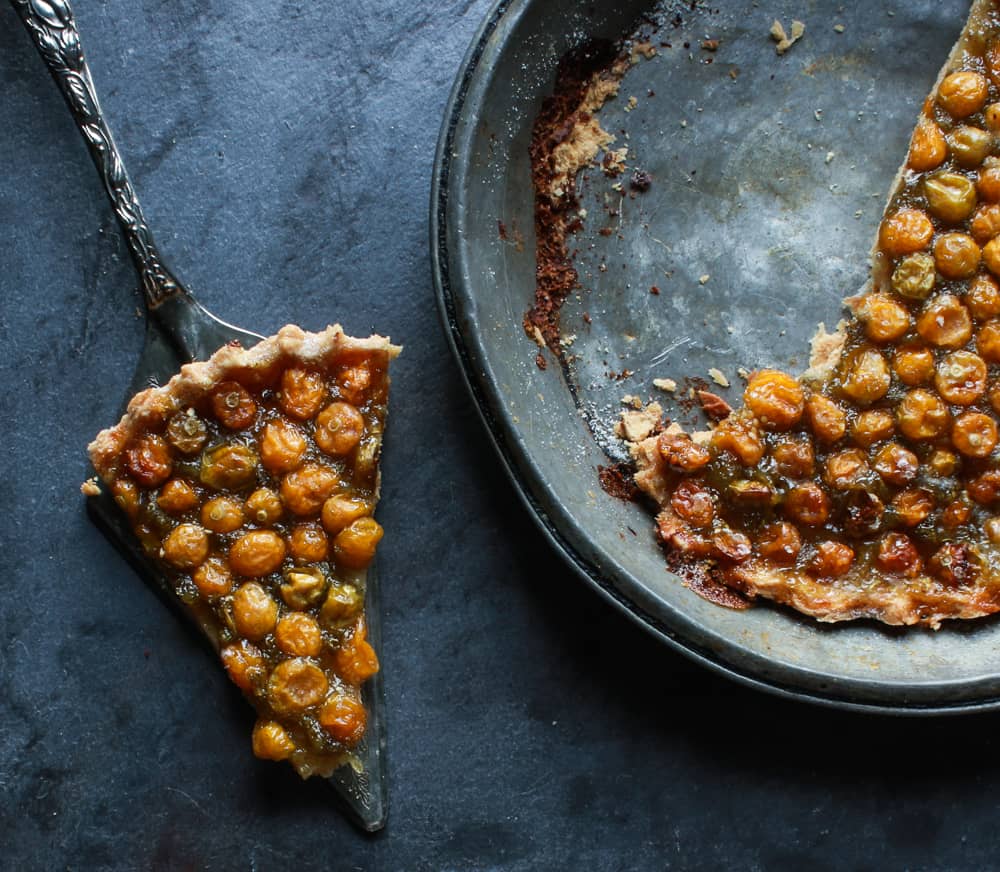 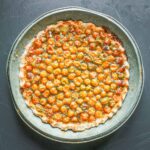 Yield: one nine inch tart, the recipe is easily scaled to different pie tins, shapes or cooking vessels though. You could also bump up the filling by 50% or so and make a double crusted pie, which would be great too.
Prep Time20 mins
Cook Time1 hr
Course: Appetizer, Dessert
Cuisine: American
Keyword: Groundcherry, Groundcherry dessert