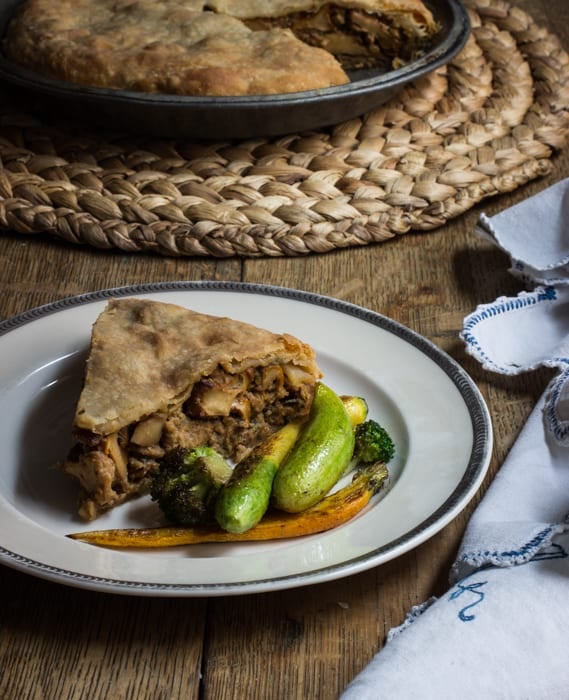 Working in the culinary industry will introduce you to plenty of characters. One of my favorites is a chef buddy of mine-a giant of a man who stands about 6' 5'', with bright red hair and a beard to match-he's the spitting image of viking stock, passed down through generations. His name is Ross.

To boot, he's obsessed with Viking history and all things medieval, and loves to tell anyone who'll listen stories of epic viking battles, Middle Age lore, and how things "used to be". I grew up reading fantasy literature, going to the Minnesota Renaissance festival, and doing reports on things like King Arthur and Druids, so needless to say, we got along great. 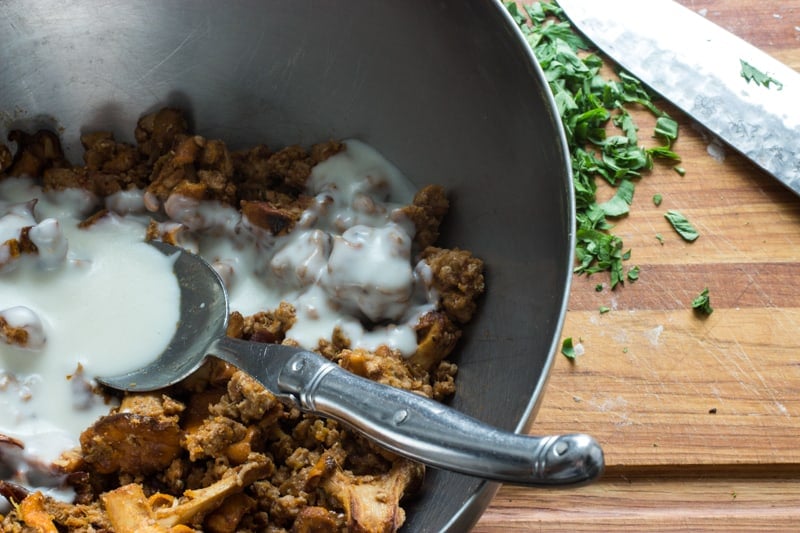 Assembling the filling for the torte.

One night, we were doing some prep and somehow Ross got on the topic of European food before restaurants got established.

"You see Al, there didn't use to be restaurants, there were roads with brigands and thieves, and here and there you could find an Inn. The inns brewed their own beer, and did everything in house. There wasn't a menu, but they'd serve food, whatever they had. In the fall, they might serve a mushroom pie." 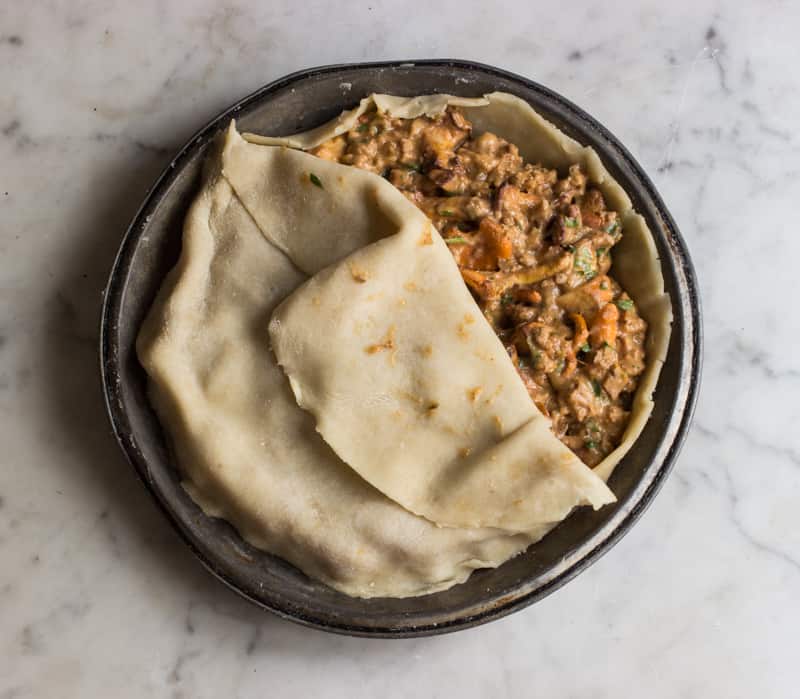 Layering the second crust on top.

Hence the recipe I'm about to share with you.

We had a great season for chanterelles in Minnesota this year, and a couple of times I had to preserve them en-masse to make sure I didn't lose any. Preserving them is wonderful, but there is definitely something to be said for gorging yourself on seasonal ingredients too, so that's what this mushroom pie is all about. 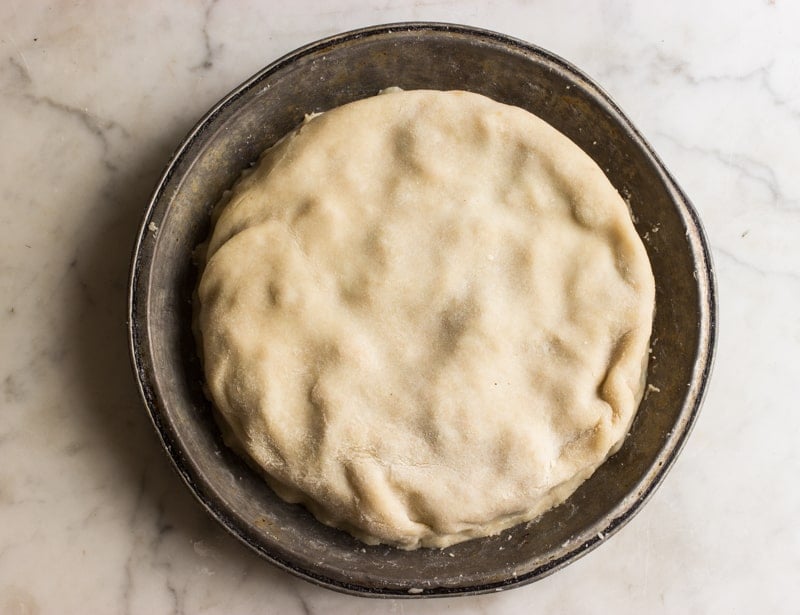 Ready for the oven.

I call it a torte because it has two crusts. I suppose you could call it a pie, but generally I think of pies (and tarts) as having 1 crust on the bottom, with the occasional exception for apple and cherry pie. To me, torte is a little more grown up sounding that pie too, and I use it often to describe pie or cake like items on the restaurant menu.

Either way It's seriously good eating, and would be just as home at a nice restaurant today as it would've been at an Inn hundreds of years ago. 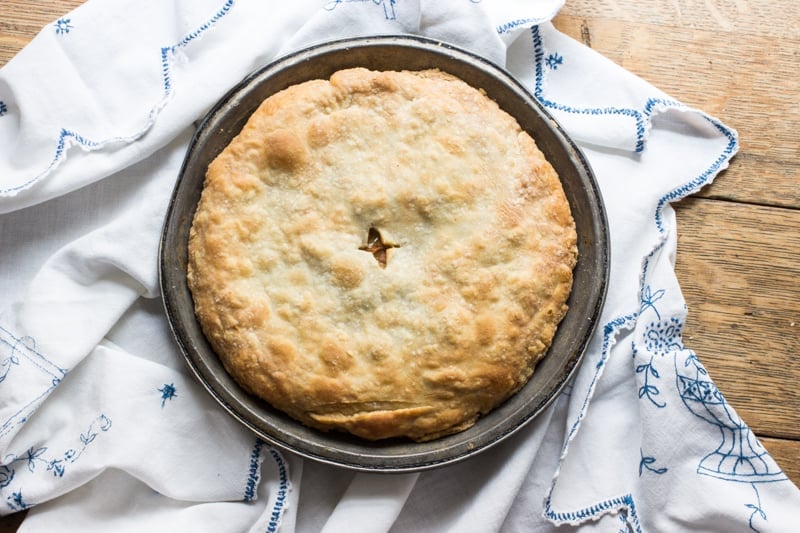 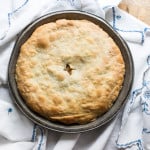 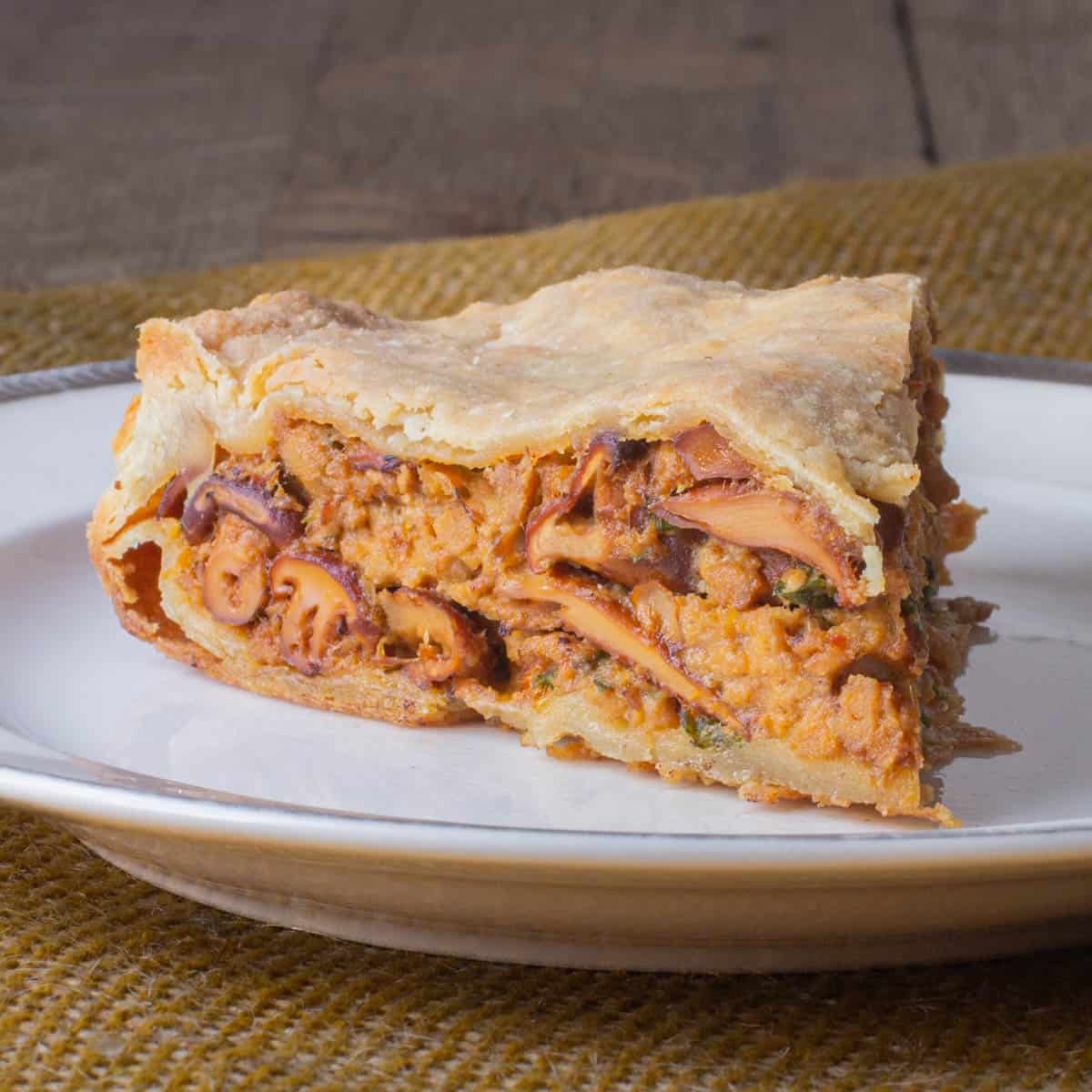