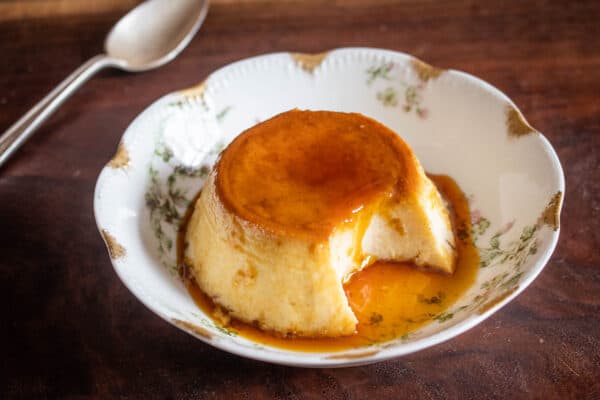 Flan infused with candy cap mushrooms has been on my list to make for years now. I finally got to it, and, yes, it's a great candy cap recipe.

Real quick, for culinary nerds, flan and creme caramel are essentially the same thing (it was originally French) but the French wouldn't use sweetened condensed milk (widely used for many things, including milk jam/dulce de leche in South America) and they use less eggs for a softer set. 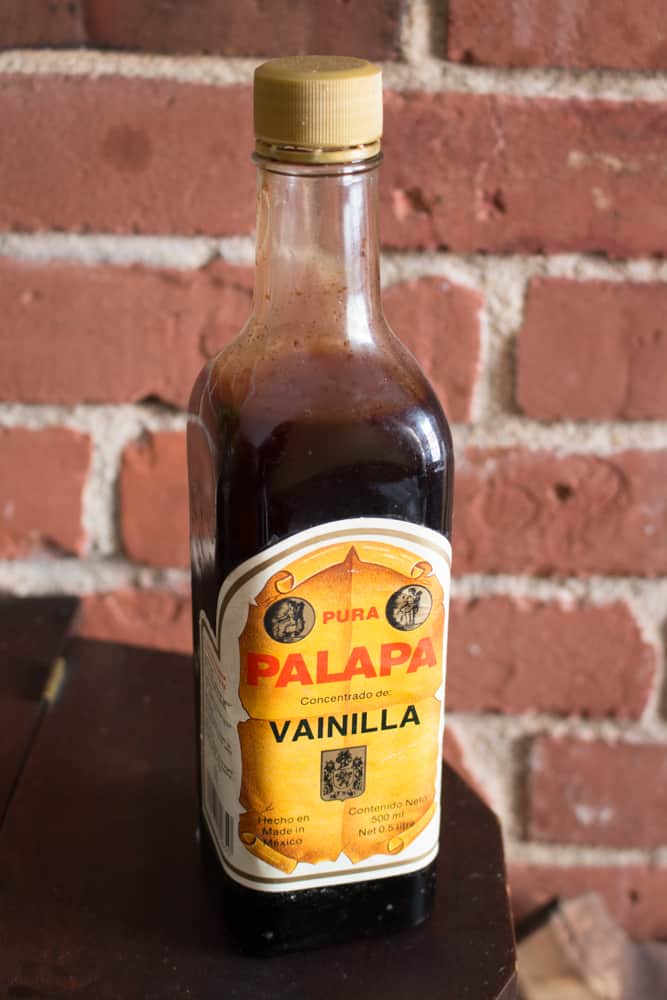 Mexican vanilla is cheap, because it's made with coumarin, not vanilla, which makes it taste like sweet woodruff to me. It's still good to have around though.

Growing up with a mother who was a fluent Spanish teacher means that South American desserts like this (and sopapillas) are close to my heart, so, instead of totally re-working the classic dish, I just took a little liberty with my favorite recipe from Chef Rick Bayless's classic book on Mexican Cooking. In a nutshell, that means I make sure to use sweetened condensed milk, and I don't hold back on the eggs and yolks. I also add a tiny pinch of Mexican cinnamon, and I use Mexican vanilla extract (it tastes more of sweet woodruff that true vanilla, and that's ok here). Other than that, it's straight up flan. 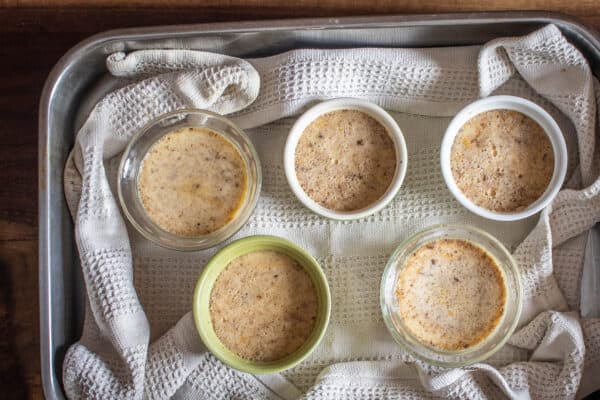 It's ok if your ramekins don't match. Mine never do.

Baking flan in a cake pan 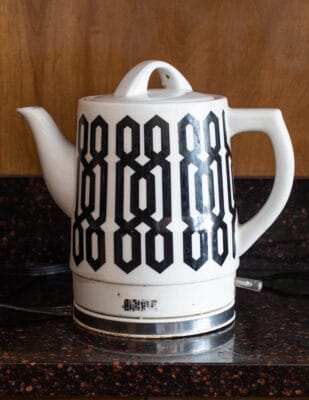 A steam pitcher. You'll want something like this or just a pitcher with a spout for pouring the hot water in the bain marie/water bath.

Variations abound, but to me, flan is different from other custards like panna cotta (technically egg-free) or pot du creme in a couple ways. First, flan is traditionally more dense, containing a lot more egg protein than pot du creme, which is light and smooth.

The dense texture translates to a very firm set, and that leads us to one of the fun variations you can do with this that you absolutely cannot do with panna cotta or pot du creme: baking it in a cake pan and turning it out to be cut in slices--a nice break if you don't have ramekins or if you want to present a large dessert on a platter, which can be fun.

Flan baked in it's entirety is also more easy to portion to serve a larger amount of people if you want to stretch things, or if you have a large menu queued up.

Aside from that, this is just straight-up candy cap mushroom deliciousness, and it's a great one to try if you have some around. If you don't pick your own candy caps (I don't as I live in the Midwest) these will work just fine. 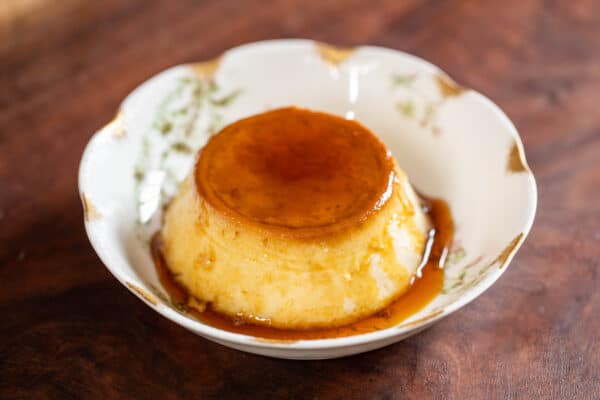 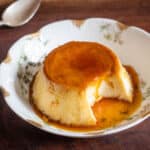 Infusing the custard base

Coat the molds with caramel

Baking in the water bath 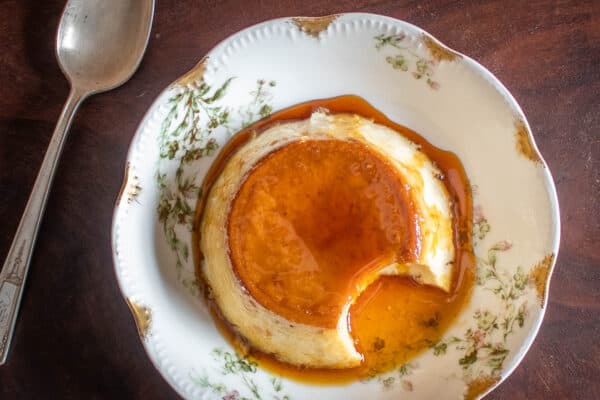