There are some recipes that make an impression, and really stick with you. This is based on one of those.

About 6 years ago I was working at the now closed Il Vesco Vino in St. Paul. It was an Italian joint, with plenty of pasta and everything you'd expect. One of the first dishes I got to make on the grill station was a deceptively simple tenderloin with mashed potatoes, half a roasted pepper, and a butter sauce made from anchovies. With only four components, it was a great example of minimalism, especially in the summer when peppers are at their finest.

By themselves, the steak, pepper and potatoes wouldn't be anything to write home about, but the umami of the anchovy sauce brought all the components together...it was so, so good.

Plenty of people are still wary of anchovies, but if you get some high quality ones, they're really great, and can add that extra something to a dish you just can't put your finger on.

Since anchovies have a rich flavor, other things that are aggressive tasting compliment them, bitter broccoli raab being among my favorites. When I discovered the wild raabs/wintercress buds that grow from Barbarea vulgaris last year, I knew they would make a great addition to that old steak dish.The variation here is simple, but relies on using a couple key ingredients: gelatinous homemade stock (this adds body and helps the sauce absorb butter), high quality anchovies, and a nice cut of meat. *Nice* doesn't have to be tenderloin though, that's just what we originally served it with. A juicy sirloin or really any cut you enjoy would be fine too. 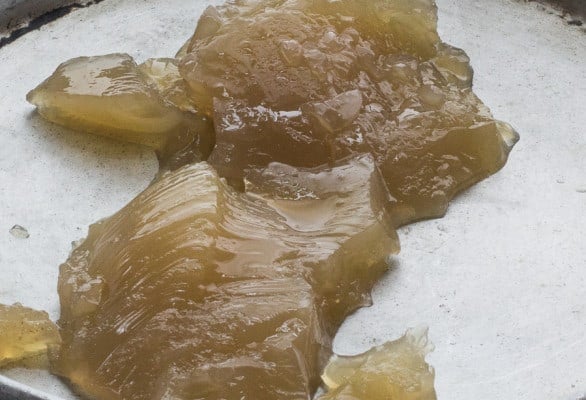 One ingredient for a great sauce: homemade stock, it should solidify when chilled.

Tenderloin is really good with punchy sauces like this though, since it is after all, the most flavorless cut on the animal. That being said though, I'll still eat tenderloin, especially from bison.

If you're in the Midwest, Eiktens in Center City is a great place to get buffalo products, as well as some great local gouda. 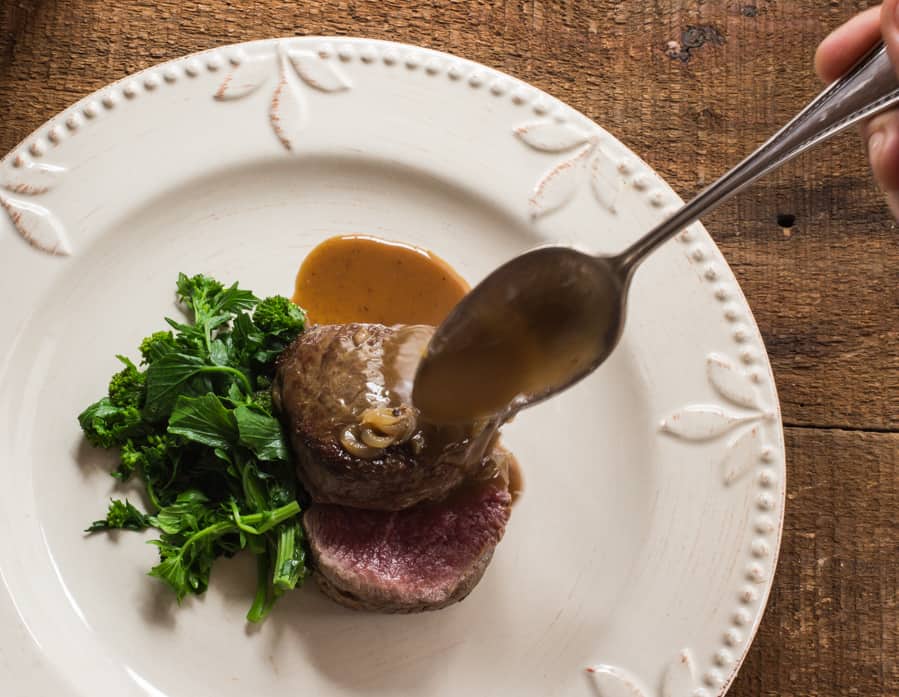 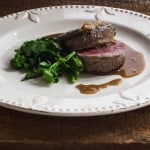 This is a simple entree to be part of a larger meal, serve it with a salad or a starch on the side. Like I mentioned, It's really important to use high quality anchovies here. From my experience, expensive anchovies have more umami flavor, and less fishy funk. be on the look out at high end food stores for a variety, two great brands I like are Scalia, and Ortiz. Spanish anchovies will tend to be less fishy than Italian too, since the fish are in colder water which makes them develop less fat. To give a tenderloin more height, I like to tie them tightly in the middle with butchers twine, since it makes them cook evenly and gives an even shape for a nice presentation. 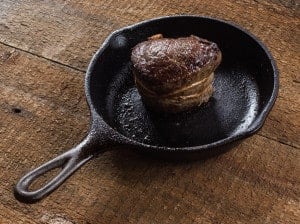 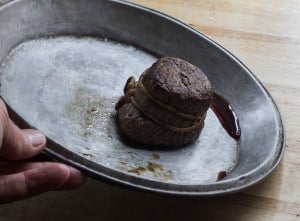 As the steaks rest they will give off juice, add this to your sauce.