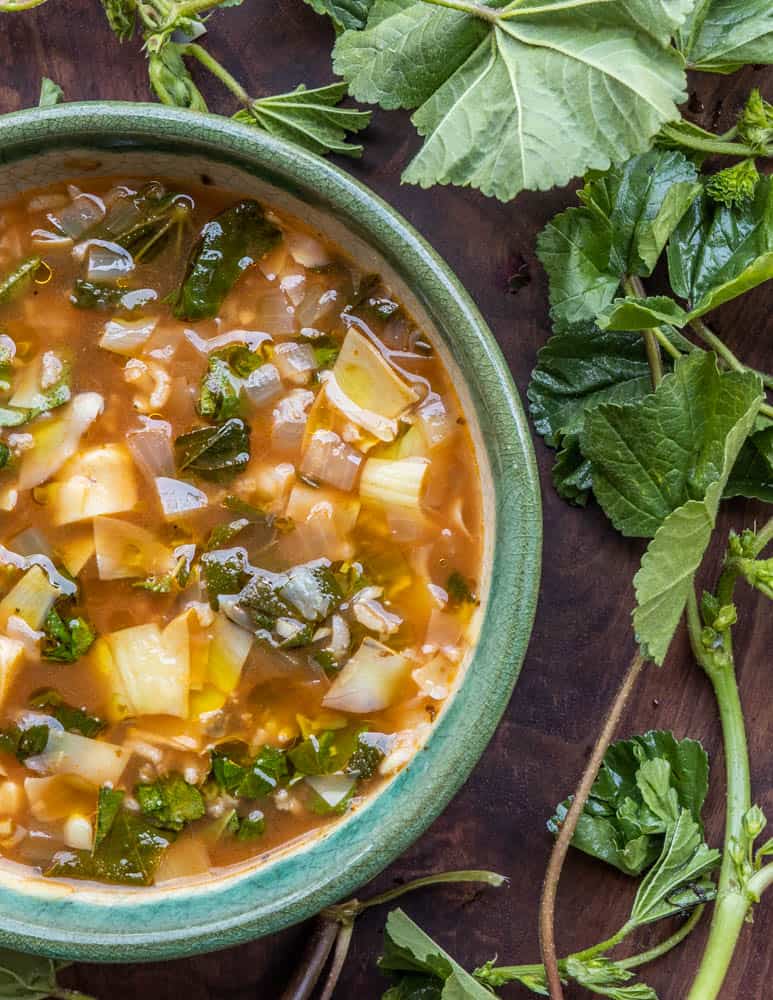 Along with nettles, mallow (numerous varieties) is one of the most widely used foraged greens in the Mediterranean and surrounding areas, and a Google search using words like "Malva soup" will show you what I mean. It's a very traditional green.

Most of the time when you see a recipe for mallow or malva soup, it's going to be something along the lines of a recipe calling for large amounts of mallow, stock or water, onions, garlic and potatoes. I prefer rice over potatoes as rice is a more traditional Mediterranean starch, but if you want to switch the rice out for them, it would be fine. Often the soups are pureed, sometimes not. This is one of the chunkier types. 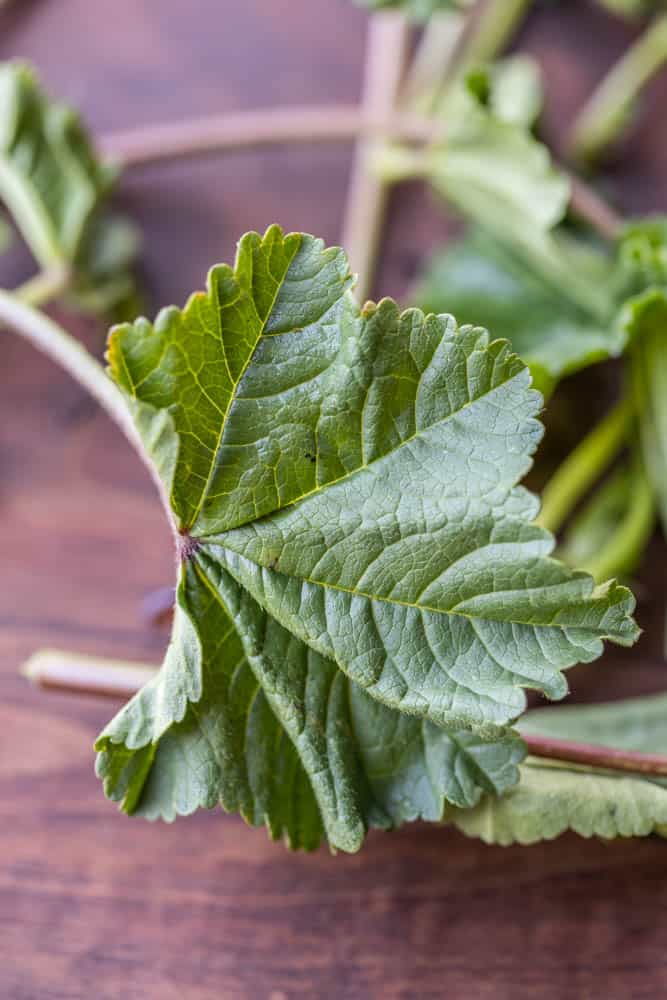 Mallow leaves. There are many varieties, and the leaf morphology can vary greatly.

Soup with mallow vs mallow soup

This version is inspired by my Girlfriend's family from Greece, and some soups I've eaten ate dinners with them. It is much more of a soup with mallow greens in it, than a mallow greens soup, since sometimes I only find small amounts of the greens around the barn where they like to grow. It's easy to make with an onion, some garlic, a little tomato paste, a handful of rice, and a couple artichokes. 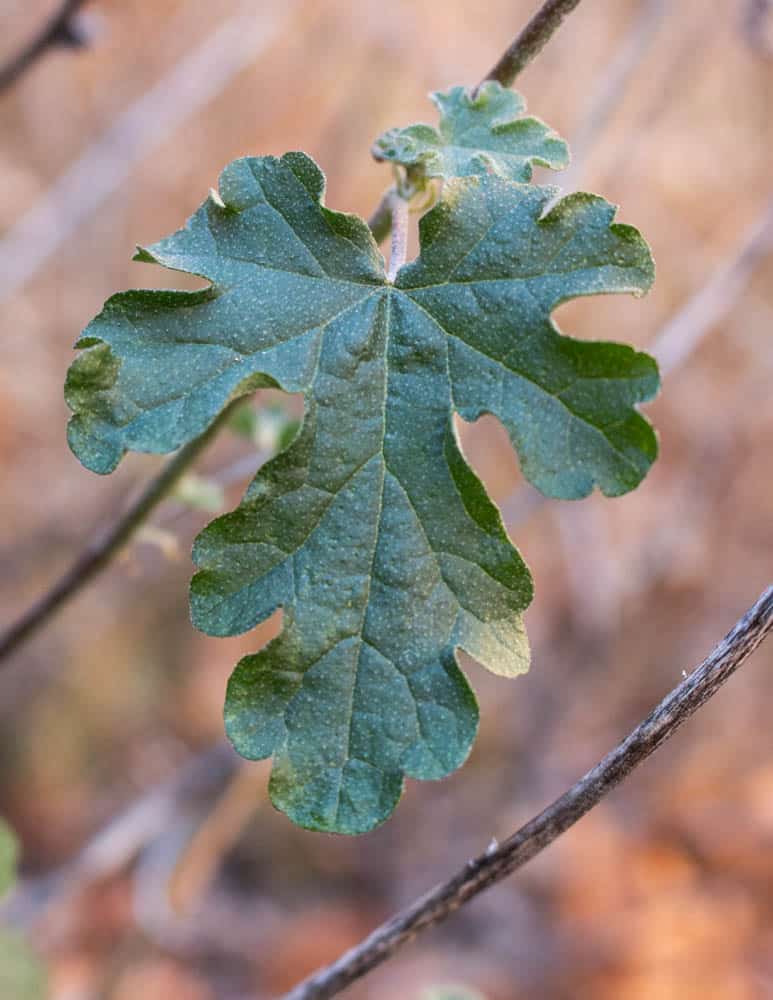 White-stemmed globe mallow. Mallow leaves can vary in shape, but don't worry, every malva I know is edible.

I made the basic version here vegetarian, but I added a bunch of Greek meatballs to ours after it was cooked. Sausage would be good too, as well as cooked chicken. 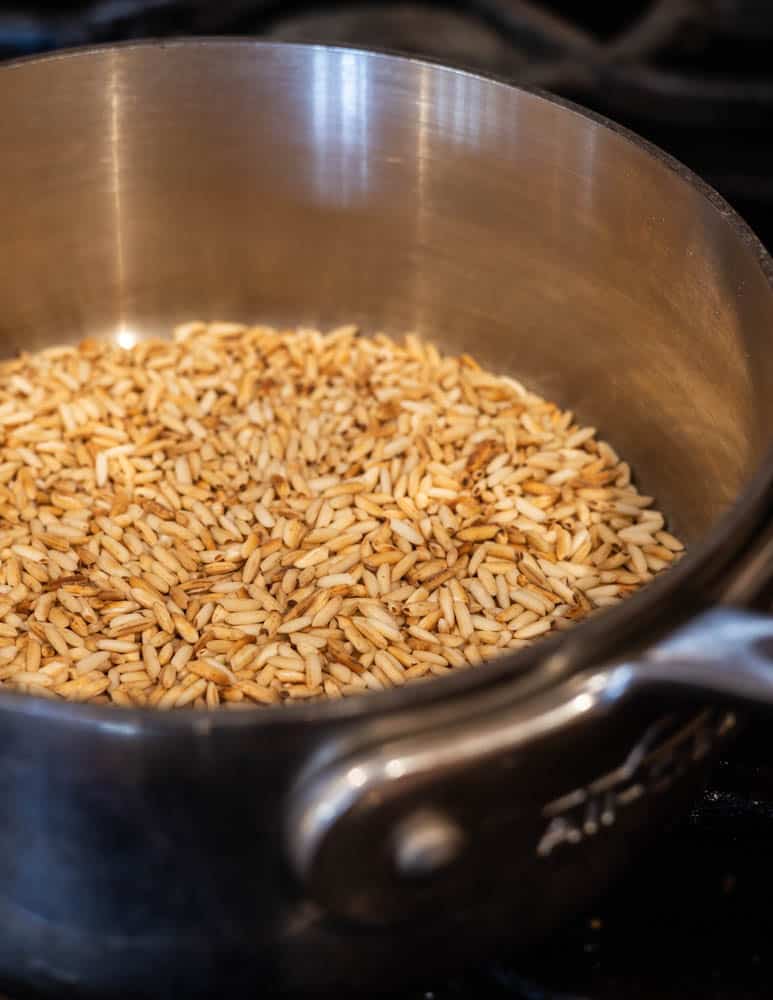 Toasting the rice is a good trick hidden in this recipe.

Toasting rice is a really good trick hidden in here you'll want to remember. I toast rice all the time, for a number of reasons. First, it deepens the flavor, bringing out toasty, nutty qualities. Second, and also very important, is that toasting the rice seems to denature the starch remaining on the outside of the rice, and helps it cook up nice and fluffy. Try it. 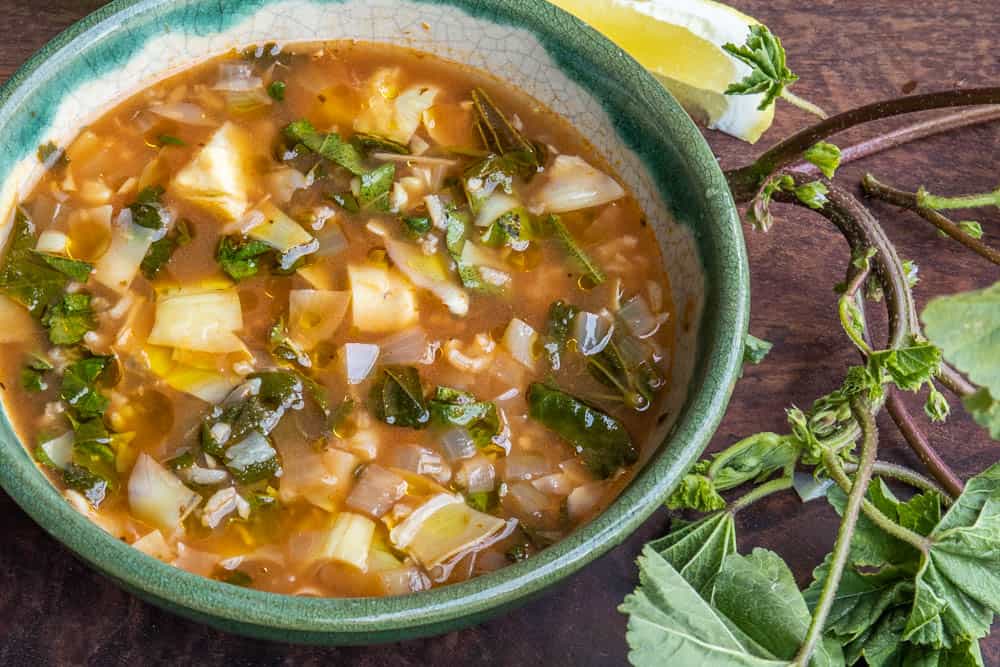 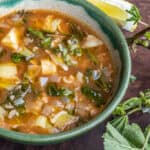 Mallow Soup with Artichokes and Rice