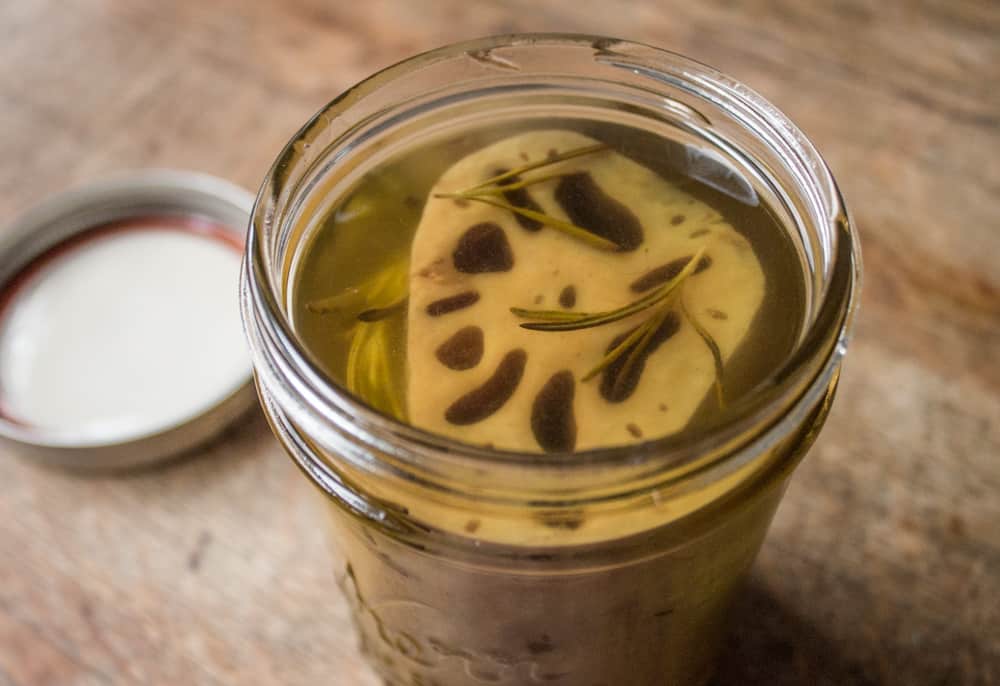 From what I can tell, Americans don't think of lotus root as something that grows in the U.S., or even as something to eat, but the lotus has always been here. They're a little tricky to cook, but what I've learned is that they kind of like to be done either hot and fast (deep frying, stir-frying) or low and slow (braise, confit).

I've fried these things and made chips six ways to Sunday, and they're great like that, but I'd been meaning to dial in a confit method for them too, because everything is better aged in lard with salt and herbs, and because I will confit anything, given the chance. The confit is a nod to my old sous chef from Argentina, who, if I remember correctly, told me he learned the technique at a hotel in Dubai. 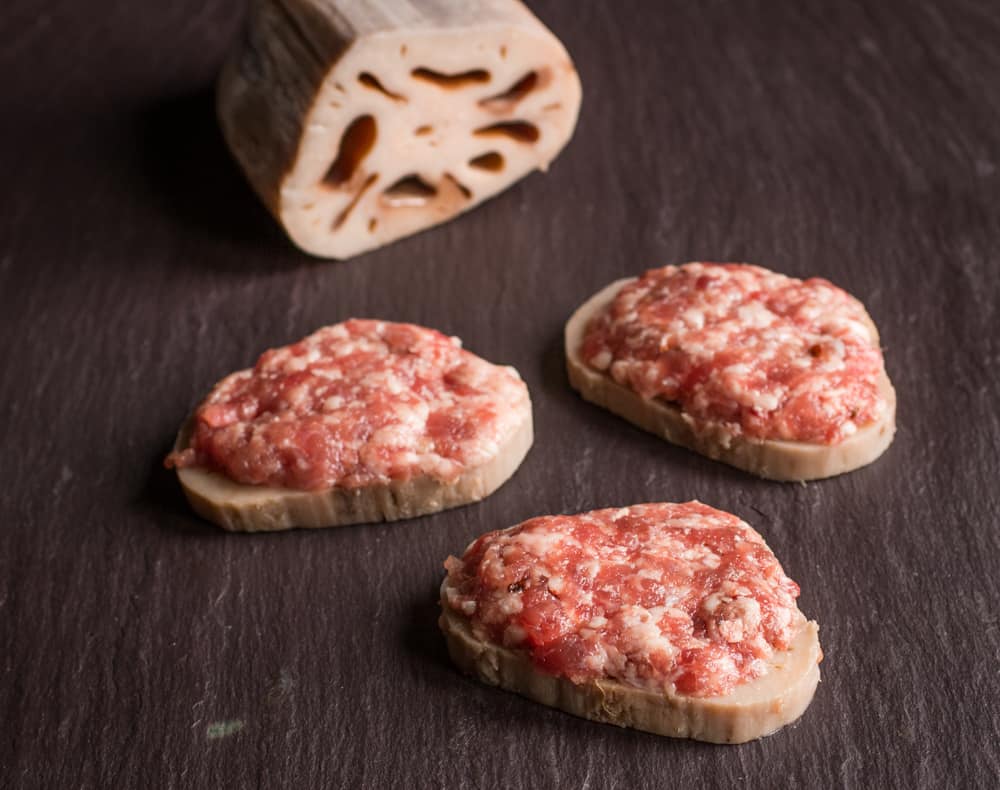 The confit lotus root was my favorite reccipe so far, as much for the more mellow/less-crisp texture as for the fact that deep frying anything can seem like kind of a cop-out. Don't get me wrong, shaved lotus chips are delicious fried crisp, their slightly sweet taste reminiscent of, but superior to those terra root vegetable chips that are everywhere. I knew frying wasn't the only trick they can do though.

Cooked low and slow, seasoned with salt and perfumed with herbs the lotus root changes it's character and goes from ultra-crunchy-thing to only slightly-crunchy-thing, a bit like a wide slice of water chestnut with holes in it. After they're cooked, you can just toss them in a pan, slap'em on a plate and call it a day, and they'll be great, but they're even better if you stuff them with sausage and fry them a second time. The air channels kind of beg to be stuffed. 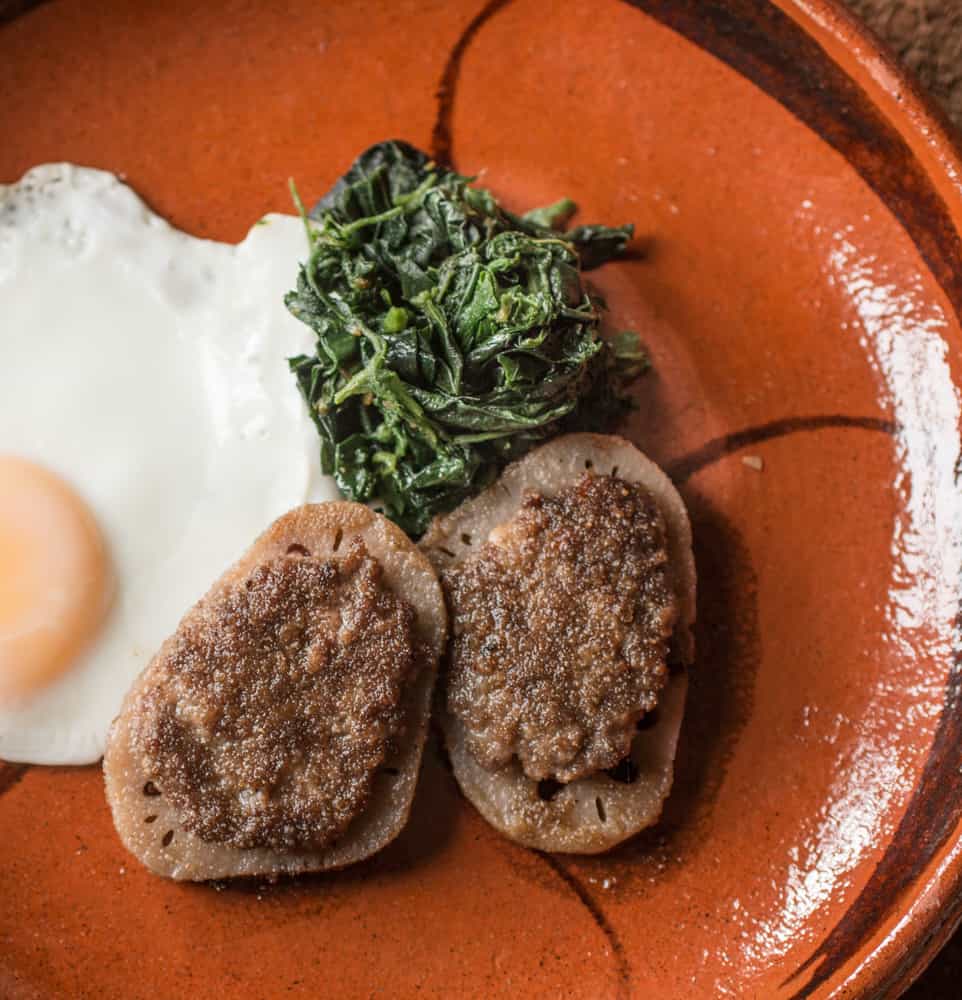 Stuffed with goat sausage and dredged in wild rice flour made a great breakfast. See the method for that here.

The couple lotus root I tried first I confit'd in a mason jar to save on the amount of lard I was dedicating to the project, but you could always cover them in vegetable oil and bake them in the oven if there's no lard available, and, of course, they can always just be braised until they reach the same point of tenderness. If you have a sous-vide machine, you could eliminate a lot of cooking fat that way too. 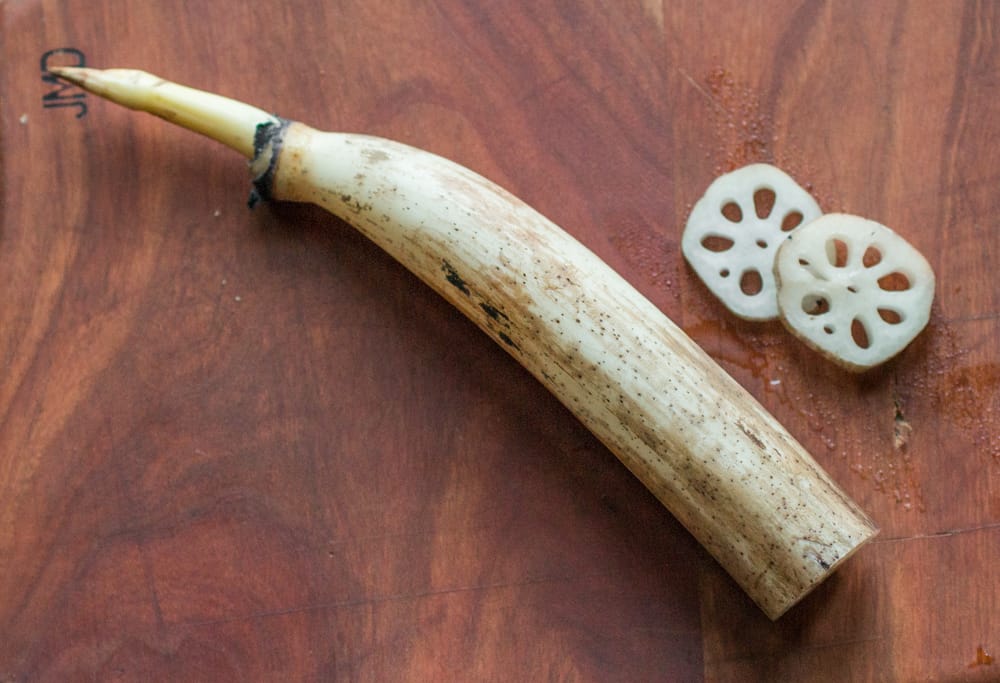 An actual foraged lotus root, the air channels are smaller, and won't work to stuff as well as the larger, cultivated variety.

If you're thinking, Alan, sure, whatever, I'm not going to go harvest tubers from the mud in my local pond, and even if I wanted to, I don't know the regulations or where I could physically do such a thing, don't worry. Asian markets sell them all the time and they're relatively cheap. Make darn sure to inspect them though, contrary to what websites online might tell you lotus roots do have a long shelf life, but most of the time in the States they've undergone quite a journey.

Lotus roots you would pick to eat should be smooth, without blemishes, and pure white/cream colored when sliced, so reject any that have sticky patches or soft spots. That being said, commercial lotus roots, from my experience, also take the best to stuffing like in the picture above as their air channels are larger than the truly wild ones, for what it's worth. 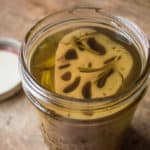