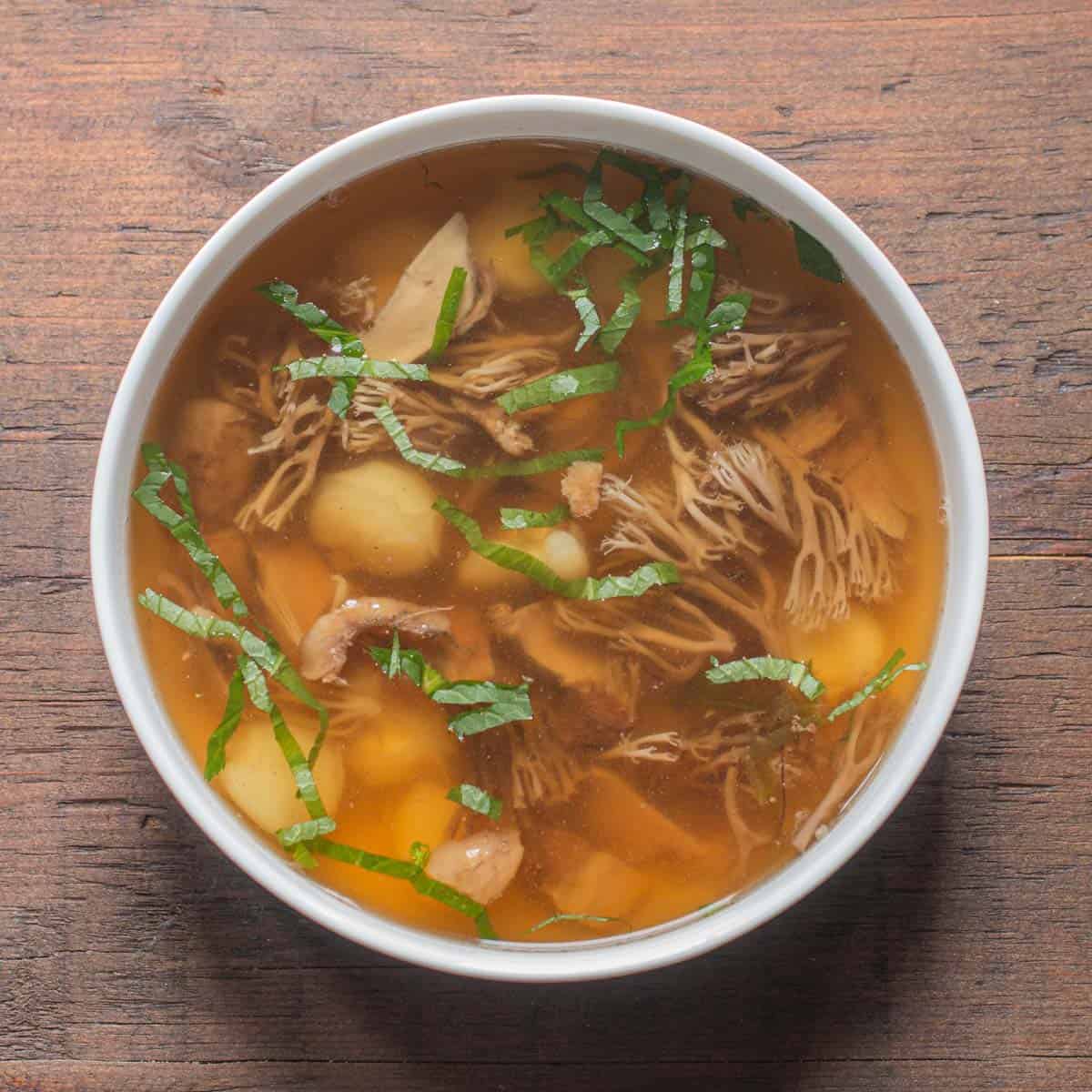 Crown coral mushrooms (Artomyces pyxidatus) are, ok. People might pick them and be unimpressed when the mushrooms hit a pan, deflate, and cook down to an off-grey nothing. Crown corals will always lose a lot of volume sauteed or browned up like most people are used to cooking mushrooms, it's just what they do.

I don't harvest them every time I see them, but if I see a good pearly white cluster, I'll take them, and if I want to show them off, just like with yellowfoot chanterelles, that also lose volume when cooked, I'll have them with broth. Simmering delicate mushrooms like crown corals or yellowfeet in broth is good as the mushrooms aren't caramelizing, so they will keep a certain amount of color and a better texture.

For a good broth, all you really need is a piece of meat attached to some bones, and small game is great for this. Squirrel, rabbit, pigeon, anything small, or even something like a cornish hen or a couple pheasant legs would be good too.

To make the simple broth the example here I added a few garnishes, things that will look good in a clear broth and not make it cloudy. I had some hominy, but a lot of things would be good here, just make sure they won't cloud up the broth. Pre-cooked garnishes are great in broths: cauliflower florets, peas, small pieces of carrot, you get the idea. 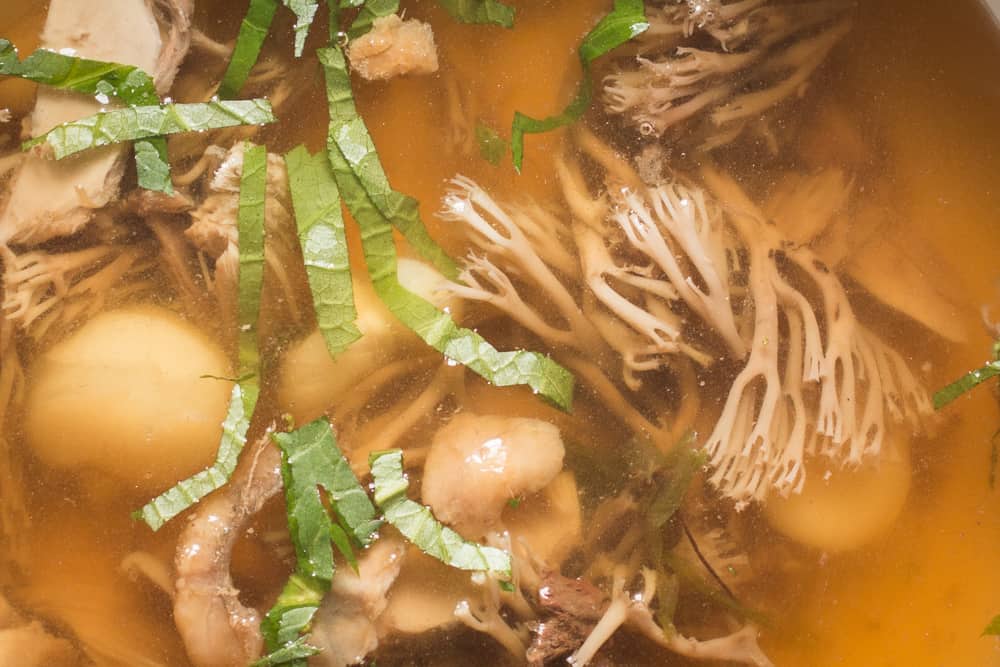 Finally I added some mitsuba (Cryptotaenia canadensis) instead of parsley, but a little parsley or another fresh herb would be fine too, and larger pieces of torn leaves will give more of a flavor pop.

This is meant to be a light entree, or lunch, but if you add some extra vegetables, or ladle it over wild rice, or another cooked grain, it will be more substantial. Since broth with mushrooms and a couple ingredients is so easy to make I'm just going to outline a method, without specific proportions here. 4 cups of broth and garnishes will serve 4-6 people. 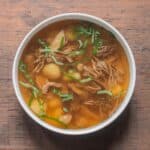