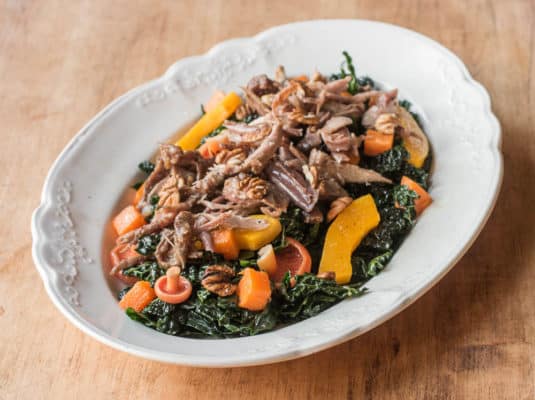 When I was in Costa Rica I ordered a tuna salad at a little restaurant and throwing the cautionary tales of eating only cooked food to the wind (which I later paid for after drinking a couple drinks with ice) in order to have as big a variety of local food as possible.

The salad was a little dissapointing when it arrived, a little shredded lettuce with some tomato and cucumber, and what I can only assume was canned tuna. It ended up being a lot better than I expected, and made me want to make something light along the same lines when I got back. 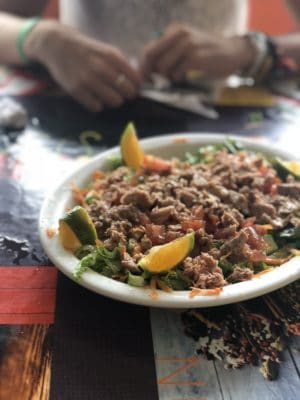 The original tuna salad, note the orange limon mandarina around the edge-a lime crossed with a mandarin orange.

Lettuce season is gone here, but there is still lots of fall and winter greens. Eating them raw can be a bit of a challenge though, kale especially is not good raw unless you're having dino/lacinato kale, and even then you should make sure to take the ribs out. Shredded and seasoned though, dinosaur kale is great to have raw after a quick massage with acid, oil and salt.

Confit: One of the Best Recipes for Small Game Arms & Legs 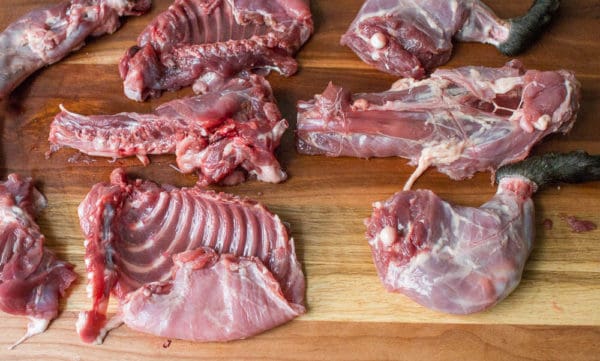 Ze woodchuck. For small animals, like rabbits, woodchuck or squirrels, you can just break them up, then season. squirrels could be confit'd whole.

Instead of tuna, I used woodchuck confit I‘d packed away in some pork lard before I left. Picked off the bone and warmed up gently in a little of the lard It was preserved in, and it made a great lunch. (For my most popular woodchuck recipe, see my simple groundhog stew here.)

Obviously not alot of people have woodchuck confit laying around, but the confit'd legs of any small creature are fine, and are a great way to use parts that often get thrown away, especially in the case of pheasants and game birds. 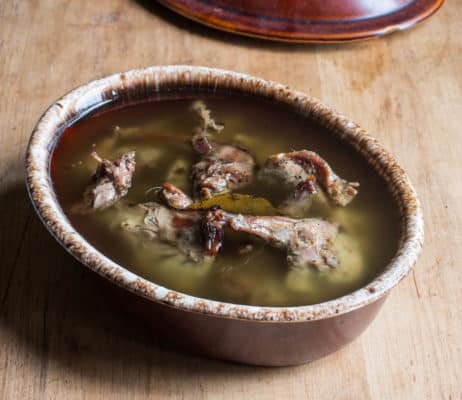 I use a small earthenware dish for making quick confit of small animals and poultry. If I want to store it for a couple months, I'll pick the meat if I need to save space,, put it in a glass jar and press down, then seal very well with a couple inches of melted lard.

Putting my salad together, I rummaged around the apartment turned up some Georgia candy roaster squash and a hunk of Musque de Provence. A quick drizzle of Sam Thayer's Hickory nut oil, and a couple hickory nuts was a great touch to finish. I had some marinated milkcaps I added too, but they were gilding the lily. 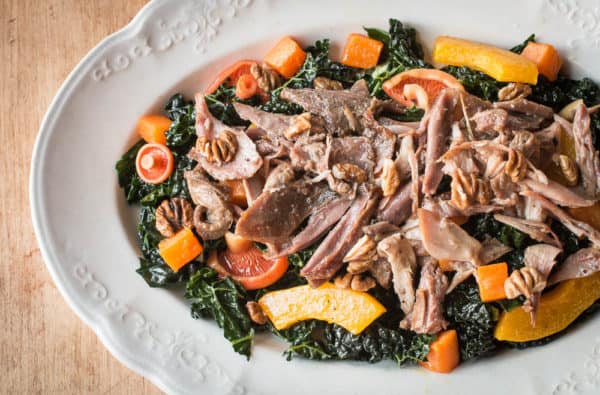 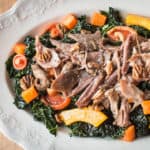