A little while ago I got a call from a friend of mine, Chef Stephanie Kochlin. She asked me if I would be interested in competing as her side kick/sous chef in the Iron Fork competition in a few months. Of course I said yes, I mean how often do you get to compete in a Iron Chef style battle in the Twin Cities? I felt a little desire to test my mettle in a culinary arena with local chefs; it’s not often there are events like this in the Metro Area. A year or two ago my boss asked me to participate in the young chef competition, unfortunately I was too old to enter. I thought this would be a comparable opportunity, and it got me excited to finally be able to compete.

The competition rules and theme

For about two months I did research on and off in my spare time about the details of the contest and what the best strategies might be. I googled countless photos of previous dishes, to see how others had used the ingredients in the past. The dishes were intimidating, but nothing I couldn’t execute myself with an hour and a couple kitchen toys. There were a couple components of the judging process that I noticed I made sure to remember:

The word “healthy” can be a bit subjective. Are there certain ingredients that are unequivocally unhealthy in all respects? I would say I definitely eat healthy, but I try consume a little bit of everything in moderation. Immediately I just thought to myself: Don’t use cream, butter, or cheese. Being used to cooking for vegans on a regular basis, not using cream, butter or cheese really doesn’t bother me.

What did bother me was the lack of instruction as to what “healthy” meant. Should I only cook with a certain amount of oil? Are portion sizes important? I.e. : should we serve smaller servings of protein? What about limiting the amount of carbs or calories that go into a dish? Would bonus points be awarded in the scoring If we used gluten free and nonbleached flours? The word “healthy” seemed to be just an arbitrary adjective. An adjective that was included in all the descriptions of the competition located in the City Page’s articles and webposts floating around the net. During the competition, none of the emcees or judges mentioned once any notion of the dishes about to be created being health centered.

The chef teams were all set up at different individual stations, with name tags telling us which table we would be competing at. Of course I assumed that our station would come equipped with power outlets, we had gone through the trouble of bringing an immersion blender, and I suspected others would be bringing similar toys. To my horror, I discovered that the only power outlets were in the middle of the room, conveniently located on the tables of two of the other contestants. On their tables each were a vitamix blender, and a robocoup, or food processor. If we wanted to use the robocoup or vitaprep for anything, we would have to go all the way over to someone else’s station and set up shop on their table. We were immediately at a disadvantage here. 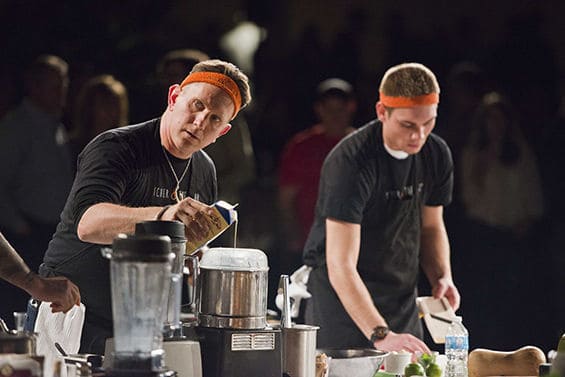 Chef Jack Reibel from Butcher & The Boar, pouring some cream into the robocoup for lobster mousse

Now I don’t know how they decided to set up the electrical system, but I do know that Jack Reibel of the Butcher and the Boar (Who regularly pays for large ads in the City Pages) had a very convenient advantage having power outlets waiting on his table, and to boot, he was mere feet away from the protein box.

To make it worse, even if were able to use the vitamix or robocoup, we would first have to wash the blender bowl. Guess what? The only way to do dishes was in a ten gallon bucket of water that would have to be personally drug in to the middle of the building by a culinary student. Basically we would be washing dishes like we were in a gold mining camp, with dirty water. No sort of sanitation buckets or soap was provided us at all. 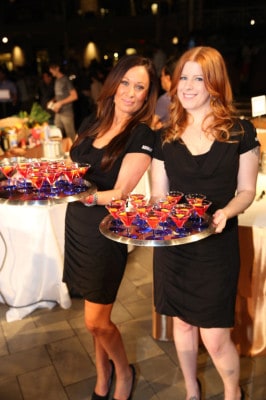 Mini cosmopolitans. I noticed one chef had about 6 of these on his station before we started. Afterwords I was wishing I would’ve too

After a long countdown by the emcees, the secret ingredient was revealed to be olives. I love olives. One of the things I enjoy so much about them is there variety. A quick trip to the midtown global market will show you at least 20 different types to choose from. Our secret ingredient pedestal had about 5. The unveiling of the secret ingredient also meant that the race for grabbing a protein was underway. We were informed that we could all go help ourselves to a protein inside of a large ice chest, duck, lobster, chicken pork and fish were all mentioned before the competition began.

Steph ran up to the protein box to grab a piece of meat for our dish, right in the midst of a bunch of tattooed chef hands scrounging for whatever they could get, a meat frenzied bedlam. She came out after a minute clutching our prize, a piece of halibut. We made our way back to our work station.

The first thing that we noticed was that the halibut wasn’t fresh. The fish was near foul, and was even slimy to the touch; my hands smelled from cutting it for days. Our competition ingredients being a dumping ground for Lund’s waste seemed to be an ever present theme.

Steph and I began envisioning what we would make. Eventually we settled upon seared halibut with a couple different accompaniments: an olive butter sauce, wilted chard and a fennel and pepper salad dressed with pickled ramps. A simple dish, uncomplicated, and only using the secret ingredient in one way, but simple food is what we have both been trained to make. We wanted to keep it pure, unfussy.

We ended up getting last place. Nobody goes into a competition thinking they will get last, but these things happen. In my mind, we still won a little bit, since we were at least invited to compete and represent the Pig and Fiddle in front of a large crowd of enthusiastic foodies. It was an interesting experience, and I would probably do it again, since I crave competition.

The devil is really in the details though, it’s the little things. Other competitors who had been there before knew that they could bring their own plates for better presentation, and Landon Shoenefeld even brought his own vitamix blender bowl, no doubt as last year’s champion he knew that there were few power outlets, and that they are shared between all contestants. Other guys knew that the spice selection at the competition would be slim to none as well, so they made sure to bring their own.

All in all I don’t really think badly of the Iron Fork competition. If there was money on the line for the chef battle it would be a different story. Being as it was all for charity, it works out in the end to be just fine. I got a day off to do something interesting, and I got to see my family that came from all over to support me. I felt really loved.  I spoke with my mother later and voiced my complaints about the disadvantages I felt we were set up with. Mom’s advice was frank and eye opening. Regarding the inside knowledge and advantages some of the other contestants had, her advice was simple: 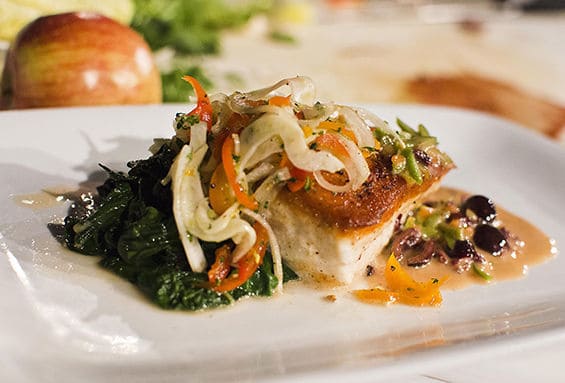 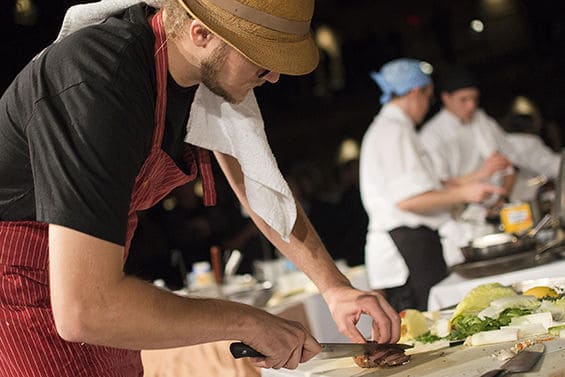 Chef Ian Gray, from Gray house. He  was a total ninja, he showed up by himself, no helpers. Really nice guy too. 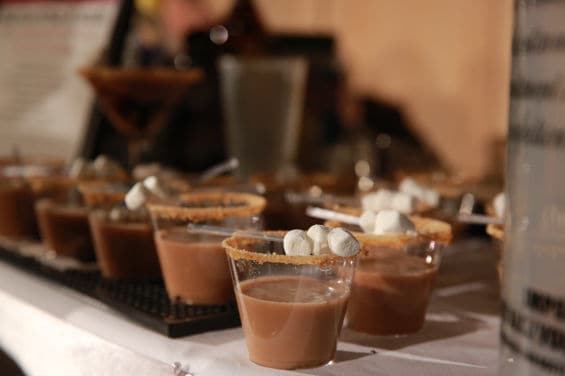 Bartender competition. One drink I found hilarious, it’s called the campfire. A sugary drink with a sugar rim and marshmallows, guaranteed to make the teeth fall out of your head.

Thanks to City Pages for the photos