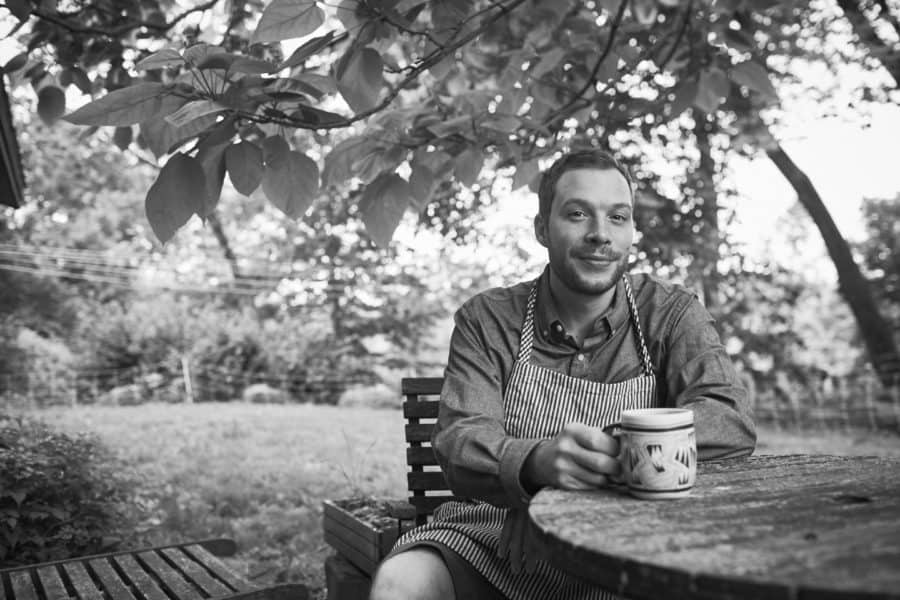 It’s been a while since I’ve given you an update on what I’m doing, so grab a cup of coffee, if you like. Photo by Adrian Danciu)

The last restaurant I ran, the place I thought could be a forever home for me, Lucia’s, closed in 2017. Those of you close to me in the Midwest knew that, a lot of others, especially my friends over seas, don’t, as I never wrote about it. It was an ugly close, and it traumatized me mentally, and physically. I thought about sharing what I went through, I tried, the draft is still sitting there, a couple thousands character looking at me like dark things in a closet that take shape in low light, when your mind is tired.

A talented author friend of mine says “Social media is a wall-to-wall, endless string of triumphs”, and so it seems. But, we’re all just a bunch of dirty mammals, and, in a way, are perfectly imperfect, human. But, being human is a tough thing to admit, and defeat, loss, and sorrow, plated together, especially when you have little control over the contributing factors, don’t make for a nice meal. Sometime I’ll share what closing Lucia’s was like, until then, we have to fast-forward a year and a half. 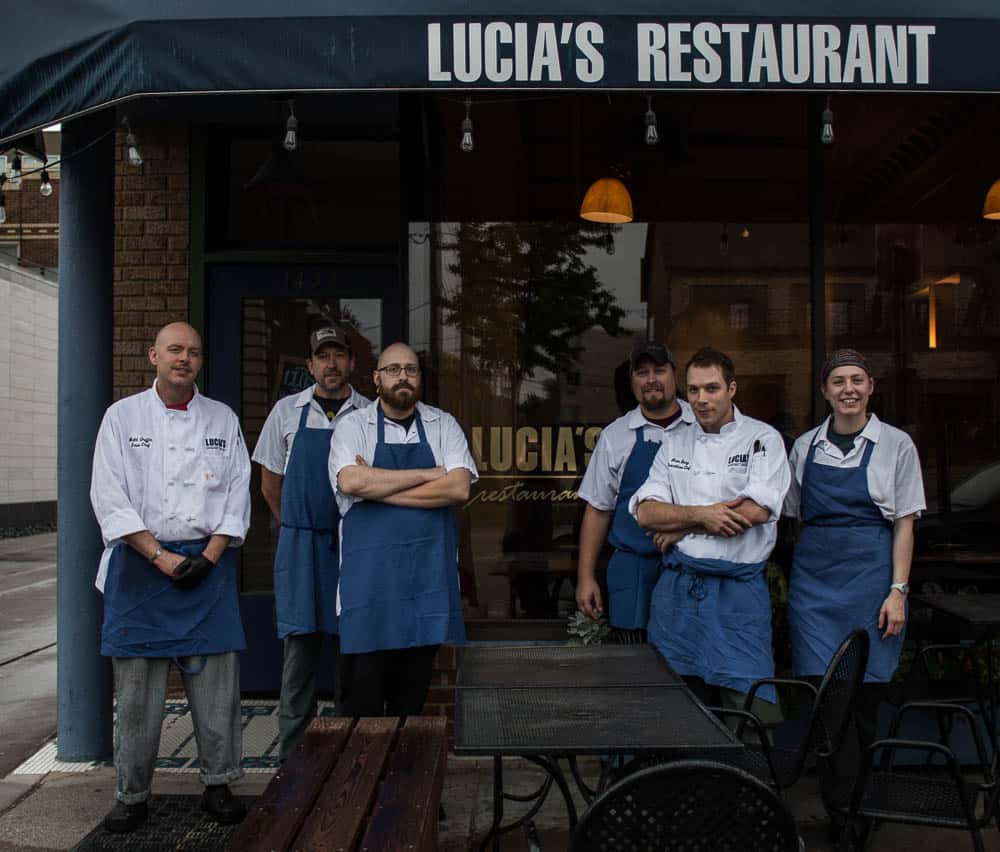 Some of my closing team during the last week. I love you guys, those of you who kept showing up.

Lucia’s closed in the late summer, and I did the one-off private dinner here and there, and started working with a farm as a consultant in the meantime producing a video series and doing photography. Come Spring, I was getting itchy, and put my feet back in the water consulting on a French concept in South Minneapolis. It was not a good fit. In hindsight I was slumming, but I needed to dip my feet in before diving in again, and the owner (you always find out they’re crazy after the fact) had been chasing me, and was willing to let me come on part time as a consultant. 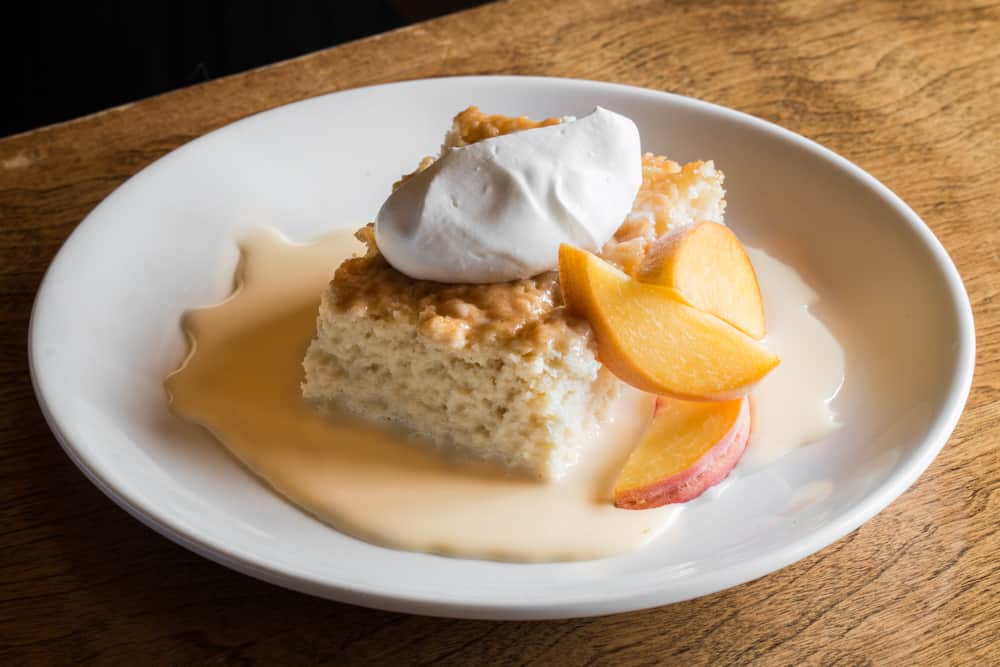 Candy Cap Tres Leches with Heirloom Peaches, from my stay at the little French restaurant.

I gave a good one-finger wave to the little French Restaurant, and did more dinners and parties for a while. In late summer I got a call from my friend who was flying from California to interview for the executive chef position at The Bachelor Farmer, one of the last remaining crown jewels of local, Midwestern food.

He asked me for help with his audition, in the form of whatever hand-harvested garnishes and gems I could come up with, as he was out of state, and out of touch with our seasons. I’d thought about going in on for the chef role myself, and people had reached out to me about it, but, I just couldn’t, the wounds from closing Lucia’s still felt fresh.

Just this past winter I parked near the old restaurant, accidentally walked by the shuttered building, and had to turn around, straight back to my car, overcome with just about every emotion you’d expect. I gained the 20 pounds back I lost, the burns and my broken toes healed, but the loss of death never truly leaves.

I put together some things for my friend: flowers, late summer meristems, greens–whatever I could find. He’d never seen anything like it, and told me after the dinner when he got the job he wanted me to be a fixture at the restaurant somehow. 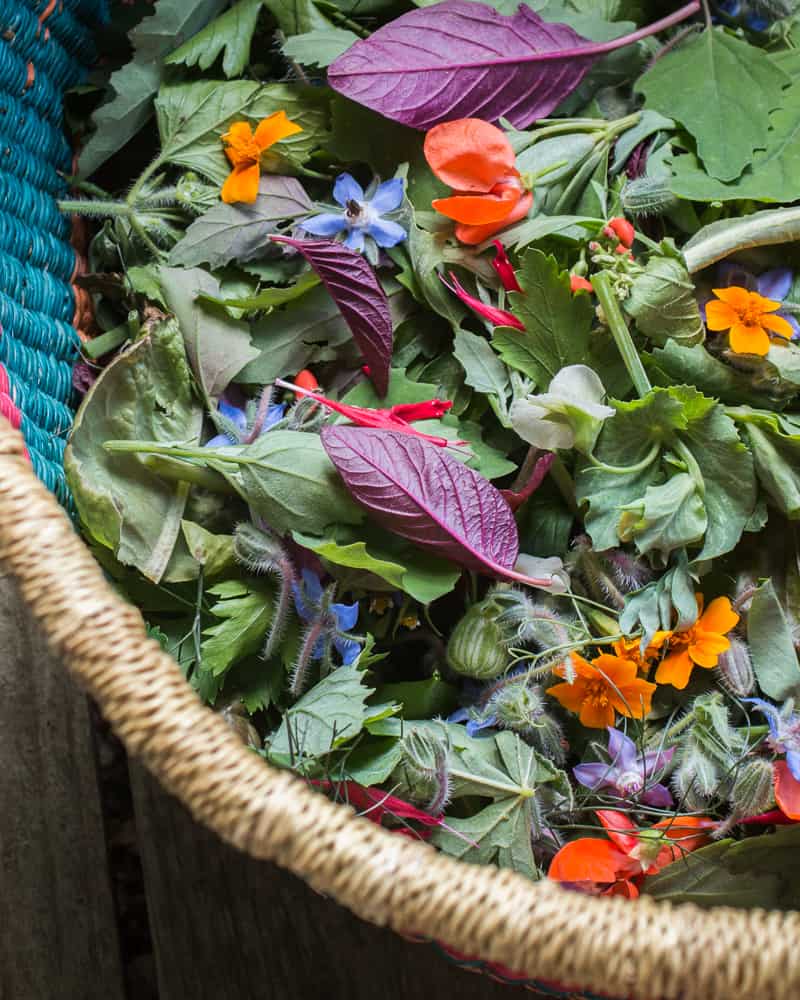 Wild salad greens I pick from my Girlfriends farm near Menomonie. The blend changes daily. Currently I’m picking these to bring in on Tuesdays to the restaurant.

My friend didn’t get the job. But, our conversation got me thinking of different ways I could use my talents. By now, I’d been freelancing for a good 3/4 of a year, drinking from the fountain of freedom, and waking up happy without the soul-crushing pressure of a house to run, and dish washing positions to fill. I was using different parts of my brain, still mostly food-related, but now more high-level, business-oriented, and creative in different ways than before, and I thought, maybe I could get used to tasting morning air instead of a hood vent, at least for a little while.

Book Proposal: The Book Before the Book

Meanwhile, I’d been writing a book proposal, for months. I had 70 pages of dreams and ideas I wanted to make come alive. I paid a few thousand just to get it edited, and then got a hold of a mover-and-shaker agent from a celebrity chef friend, who quickly informed me my ideas were great, but she wouldn’t be interested in representing me until I got more Instagram followers, seven to ten thousand, at the least. Bummer.

FLORA: The First in a 3-Part Series

I put the book proposal aside for a while, but picked it back up after I worked out some details about what a relationship between me and a restaurant would look like. The book had too much content, so I split it into 3 parts. The first book would be about plants, and vegetables, and how studying growing plants in the wild changed how I cooked them. The second book would be a definitive guide to cooking mushrooms, and the third book on meat and game. Flora, Fungi, and Fauna, respectively. 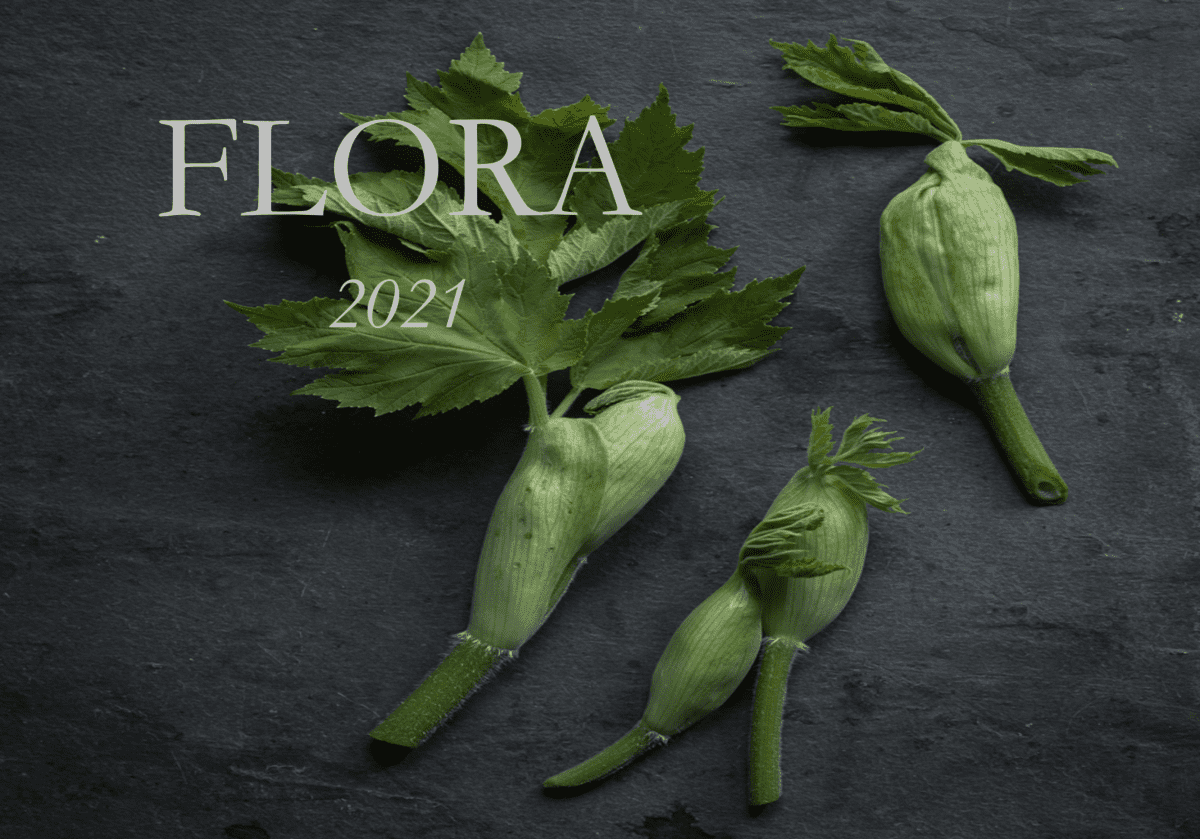 For the first book, I was going to need about 1000 new photos, plants and vegetables to cook and develop recipes with, and a lot of extra time to do it. All of that would be impossible if I took a new, all-consuming chef job right away. Also, traveling around the farm and to areas of private land in Minnesota and Wisconsin I could rent to harvest things commercially for a restaurant could work hand-in-hand a bit with incredibly massive scavenger hunt I would be laying out for myself to get the book done.

I got back on the book proposal this past Winter and stared at the computer for nights, days, weekends, and on and on, as much as I could stand. I got some interest, (big city agents be damned) and, sold the book the first week I got back in the saddle, to Chelsea Green. 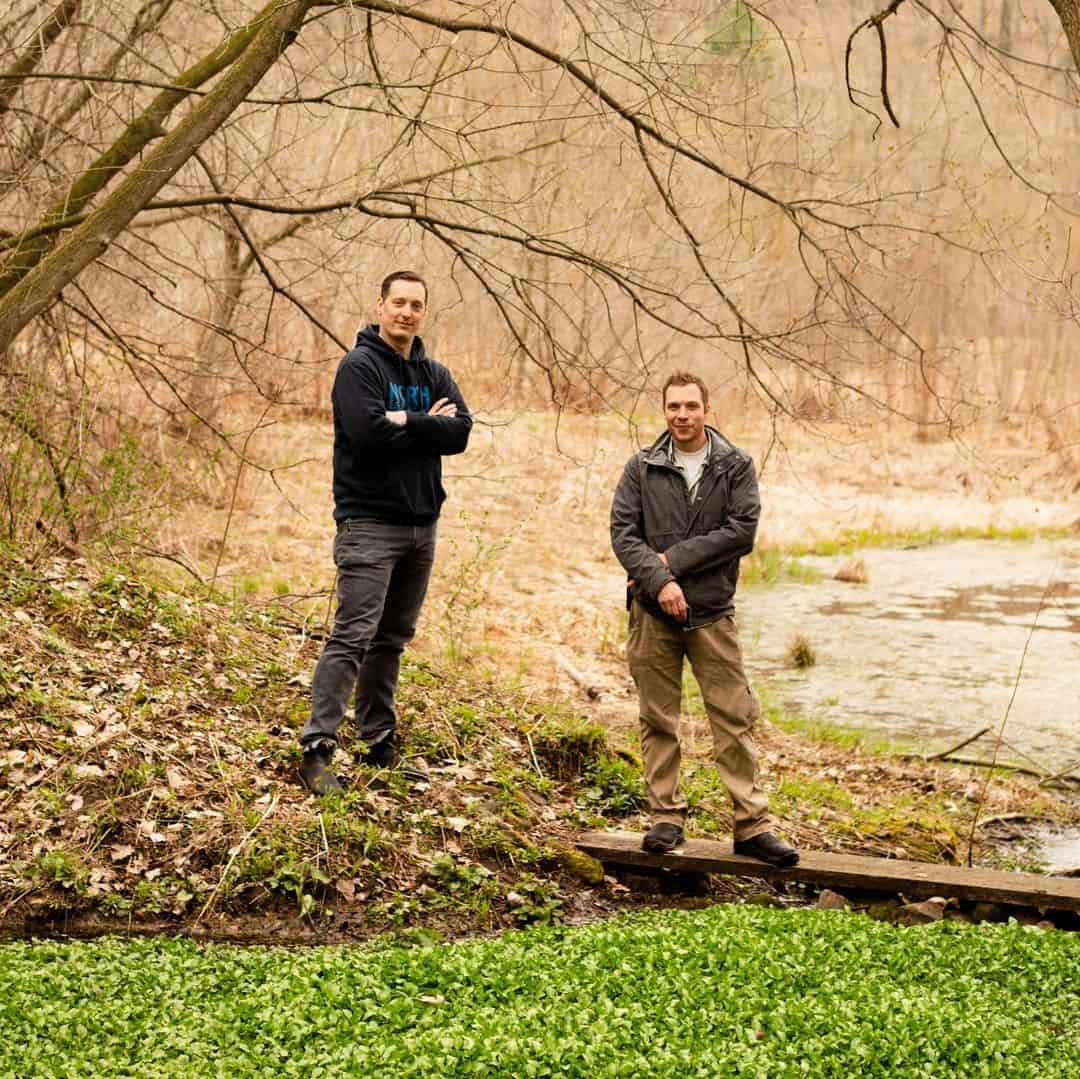 Chef Jonathan Gans and I at the farm in the watercress patch. Photo by Mathew Hintz

Back to The Bachelor Farmer. The partnership I laid out is one of consultation, and supply. I supply whatever is growing and perfect week-to-week during the growing season, from there, I advise on preparation and troubleshooting, since, as many of you who harvest wild food know, feral ingredients can be very unpredictable, with a steep learning curve. I work with the chef and the kitchen, but also with the adjacent bar, Marvel, which is well known in it’s own right for it’s forward-thinking drinks and house-made, artisanal products. A month ago they started making a liquor from my Angelica that is so green it looks made by elves. Plants are fun.

It’s been a ton of work, and a ton of fun so far (quick video here), but, the restaurant is only one of 3 different companies I’m working with, including a farm, and a crazy creative company that makes all manner of things out of mushrooms. All of that work gets to be a lot, and, I’m supposed to be writing a book on top of it. It’s moving, a little slower than I would like, but I’m getting a rhythm going, and I can’t wait to tell you more about the books in a week or two, and ask you for some feedback.

In the meantime, we started the restaurant partnership a little over 3 months ago, (full press release here) and The Bachelor Farmer is working with more wild-harvested product than I’ve ever seen go into a single restaurant, sans maybe one or two in Europe I know of, a bit like adding alien software to a hard drive. And me, I’m outside more than ever, learning, researching, exploring, and, most importantly, as one of my chefs used to say when I was on the line: cooking like a house on fire. 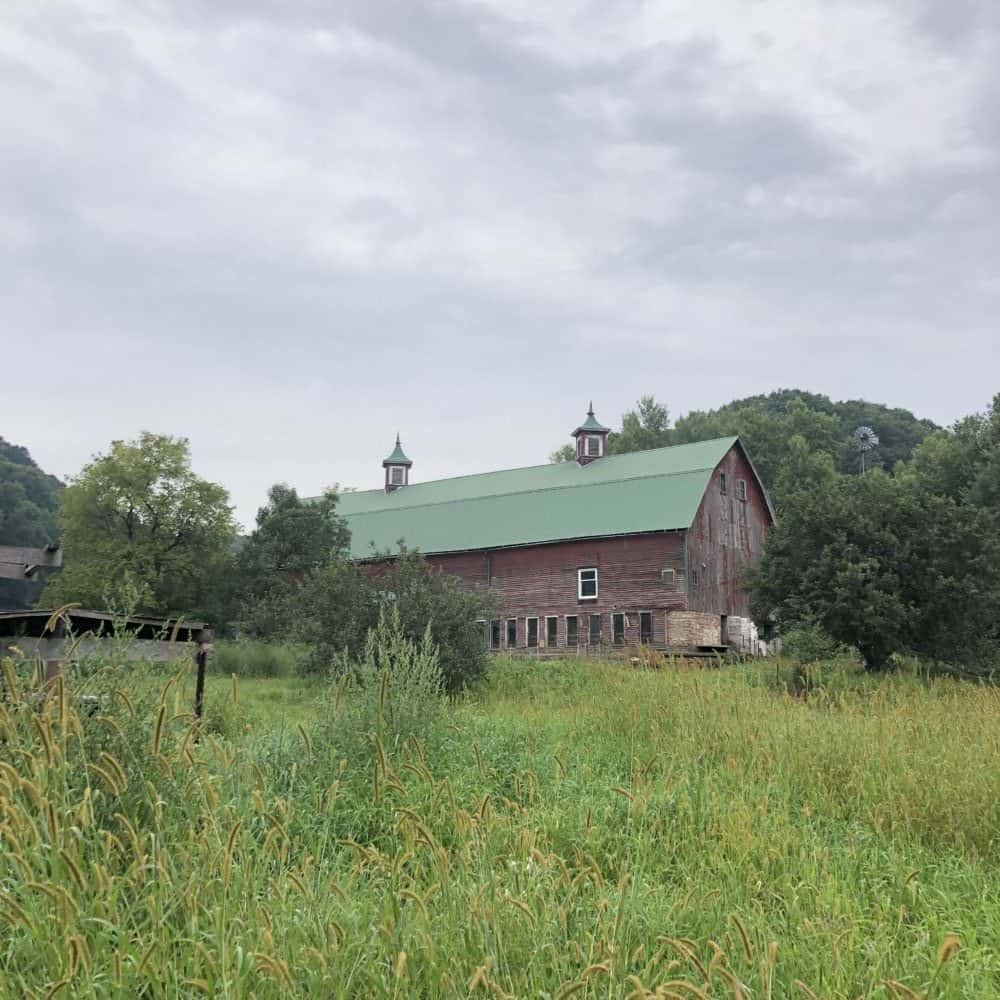 I spent about half my time in this slice of heaven, and the rest in the Twin Cities cooking in my apartment, working on various things for the book.