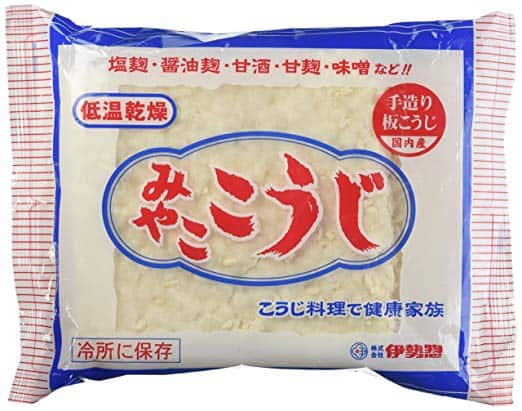 Commercial koji rice is easy to buy. You can also innoculate your own.

Koji is one of a number of different species of fungus used to innoculate rice or other grains and used to make traditional things like soy sauce and miso. It's useful in fermentation as it can withstand high saline environments, and also acts as a fermentation accelerant.

Prime pheasant back / dryad saddle season is usually about over after the spring chicken of the woods pop, but just because they’re big and tough as nails doesn’t mean you can’t do anything with them, and pheasant back shoyu is a great example, especially if you like edible science projects. Shoyu and it’s cousin…

END_OF_DOCUMENT_TOKEN_TO_BE_REPLACED

Meat garum (just think soy sauce made from meat) was the first thing I planned to make after flipping through copy of the Noma Guide to Fermentation, by Rene Redzepi, a book I know plenty of my friends have been experimenting with. It is some seriously mind bending, technical restaurant ideas and experiments, and not for…

END_OF_DOCUMENT_TOKEN_TO_BE_REPLACED

UPDATED OPTIONS FOR CA / EU / US

After I tasted the addictive prosciutto nduja (a s

Playing with a new tasso rub with all wild spices.