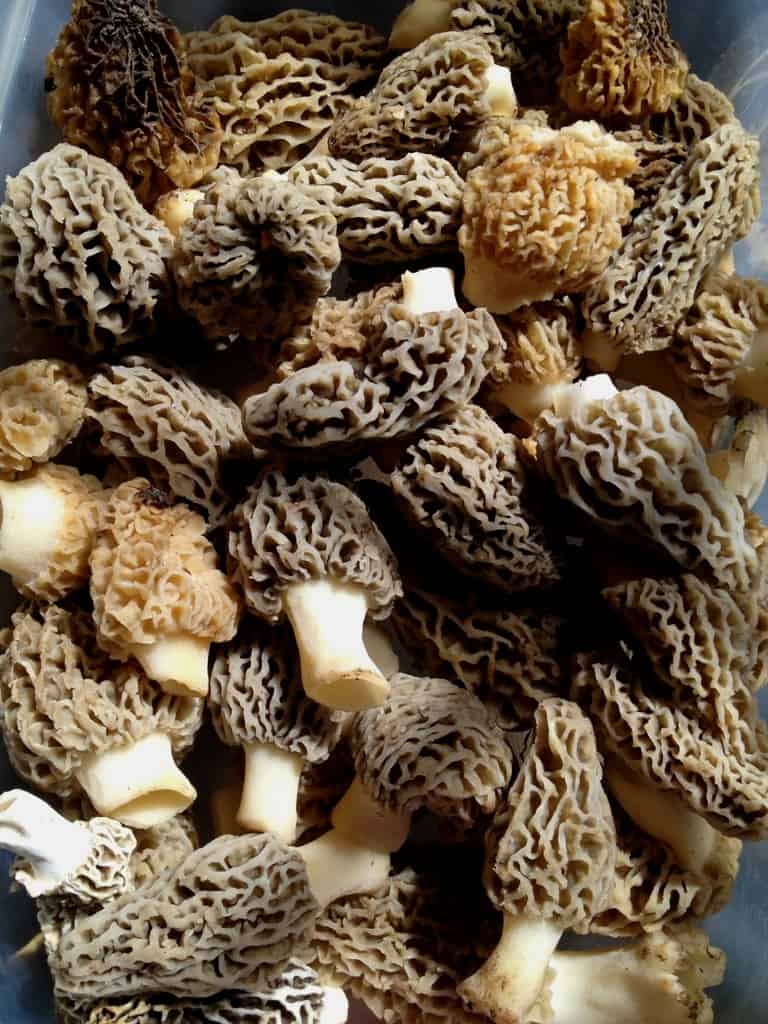 In the great Midwest of the United States, as far as wild mushrooms go, for many there can be only one. Often I have spoken about wild mushrooms to people in Minnesota, Iowa, and Wisconsin, and “picking mushrooms” means that you are morels, as any other mushroom will make you sick or kill you.

In Europe they are the stuff of legend, having had laws passed to enforce penalties on arson as townspeople used to set their own forests ablaze, knowing the morels would arrive the next year.

These are definitely one of the most enjoyable mushrooms to pick in my opinion, their flavor can only be matched by their strange, beautiful forms. Like snowflakes, you will never find two that are the same.

A recipe to celebrate extravigence, morels “Normandy style is a simple dish, and rich beyond belief, some old recipes mention that it may be garnished with black truffles, which I have done here.

Some time ago I met a sasquatch of a man, an old and quiet morel hunter. When he delivered a hundred pounds of morels to the restaurant I worked at, he told me his favorite recipe. Here it is. It is a memory I will never forget. 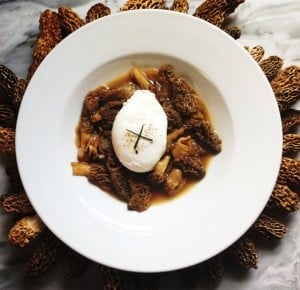 Wild turkeys and morels roam the Midwest countryside at the same time. Here is an old-school charcuterie dish that combines them. 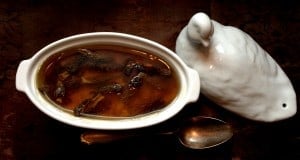 This is a refined morel soup that uses dried morels to create a broth. Traditional consommes are a crystal clear soup garnished with a plethora of things. In this recipe I use the spring ingredients of ramps, peas and morels. 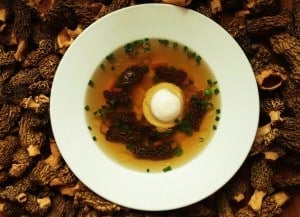 A while ago after reading an old Sicilian cookbook, I found a recipe for souffled gnocci. Initially the gnocchi were a failure, but after tweaking the recipe a bit I adapted it to fit into ceramic ramekins. The semolina gives a resistence to falling unheard of in souffles, and the toothy semolina flour makes a richer souffle than using just egg whites. 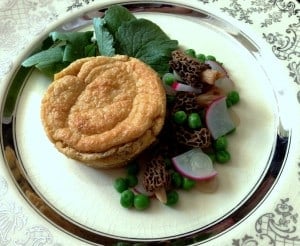 I pickle amounts of every single mushroom I find, since it is one of the only preservation techniques that mimic fresh mushrooms. For some reason I had never thought of pickling morels though until I came across an ancient Roman recipe for a dish that was a sort of pickle using verjus. 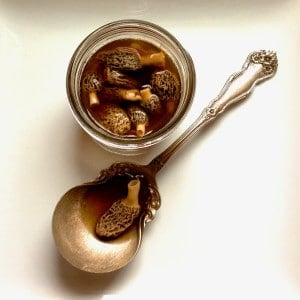 Sometimes less is more. This is a simple recipe for the all-time-crowd-pleasing fried morel recipe I designed. One of the inspirations for this was watching people in a trailer park eat fried morels on you tube. 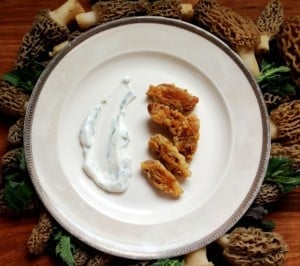 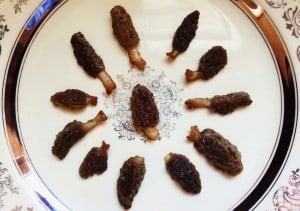