These are warm weather mushrooms that will arrive during the summer. Like their name suggests, they are a beautiful golden color. They are prized the world round for their aroma and meaty texture. Chanterelles currently cannot be grown on farms like many other mushrooms, since they require certain types of trees to be growing in near proximity in order for them to be able to fruit. I look for them in areas of white oak, as well as the norther pine forests of Minnesota.

Since golden chanterelles are very dense, they may take a bit longer to cook than other mushrooms. You are rewarded though with a very special flavor, there is nothing quite like it.

Summer Chanterelles have a fruity and sweet aroma, here this is showcased in a simple side dish with the season’s sweet corn.

Lake herring is a greatly under-appreciated fish that lives in the great lakes region, in this recipe they are seared after scaling to create a crisp texture, and served with a blend of ingredients that were in season, and on my mind. 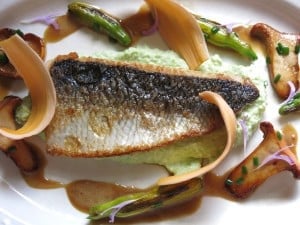 Unlike beef liver, veal liver is very mild. In this recipe I touch on my love of serving liver with sweet sauces, and give an example of one using sweet wine, cream and chanterelles. To compliment the apricot aroma of the chanterelles, I serve the dish with bitter wilted garlic mustard and diced, dried apricots. 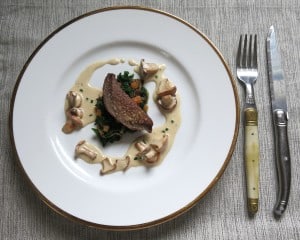 Typically I don’t suggest pureeing chanterelles for soup, but sometimes you have to be creative, this recipe is a perfect example. 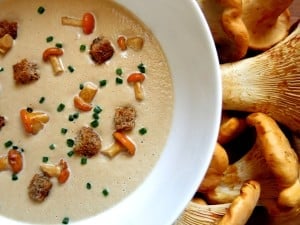 In France, a traditional way of preparing chanterelles is in an omelet, here I go over some of the finer points of making one. 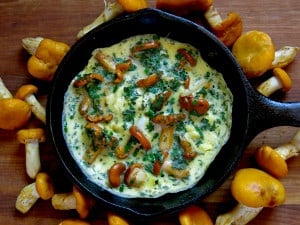