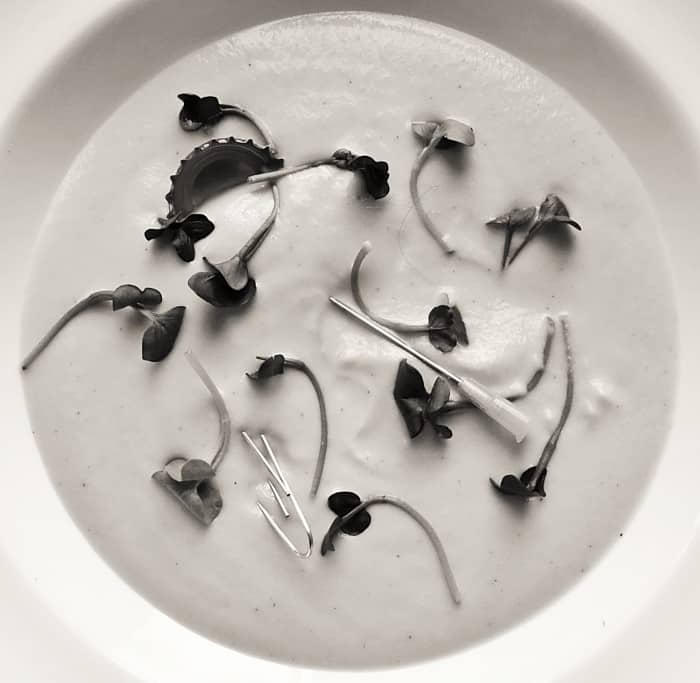 As a cook, one of the scariest things I have experienced is seeing a server bring a plate back from the dining room. There is just a certain way you can just tell something is not right. Their body language and facial expressions always seems to say the same thing: “Something is wrong, and I’m going to tell you about it”  The worst is when there is some sort of foreign object on a plate.

In the hustle and bustle of a busy restaurant, sometimes accidents happen. Often these are things that can be avoided through improving policies and procedures. Sometimes it’s not the fault of the restaurant or it’s staff at all.  No one wants a plate to have something on it that’s not supposed to be there, but there are some examples that are worse than others. Here are a couple things I’ve witnessed, separated into playful categories.

Once I was at a burger joint known for it’s Jucy Lucy a while back in St. Paul, when our plate showed up their was a fresh newport cigarette mixed in with the fries. Obviously the cook was getting ready for a smoke break and had it tucked behind his ear and it fell into the fries; we laughed about it.

Plastic wrap is heavily used in kitchens. I have seen it come back in small pieces floating in salad dressings, tucked underneath chicken tenderloins attached to cooked breasts, and mixed in accidentally with plenty of other ingredients.

Metal nuts and bolts are attached to many types of kitchen tools. On mandoline slicers, they get particularly loose sometimes. Two years ago I was prepping a slaw, working overtime with a mountain of prep by myself. At the end of the party, the chef I was working with spotted a metal screw in the slaw container, which luckily didn’t go out to customers. I was mortified.

These are horror stories; the most stomach turning I have witnessed.

I was at a catering gig once for a wedding. On the menu was fried chicken. One of the cooks had a cut and wasn’t wearing a glove while breading the chicken. When the food went out to the diners, the mother of the bride found his used band-aid under the skin of her chicken.

When I was catering another wedding with a chef from Italy, we had a rickety old van we would transport food in. Poor planning meant that we didn’t secure the speed rack with all of the sheet trays on it containing hundreds of dollars of prepped food. When we hit a bump, the speed rack rushed forward in the back of the van, it fell completely horizontal on it’s side, dumping all of the food onto the floor of the van. Two of the sheet trays contained hotel pans of tiramisu. The chef instructed me to scoop the tiramisu off of the floor and shove it back into the hotel pans, covering it with cocoa powder so that no one would know.

When I was 15 working at Mcdonalds, I worked with a particularly salty and disgruntled cook. A guy came into the drive through and the disgruntled cook recognized him as having slept with his girlfriend. I watched him whip out his member, rubbed it all over the guy’s burger, and then scatter a nice clump of hair on it. He proceeded to watch the guy eat the whole thing in the parking lot.

Sometimes you can find things in food that should not be there, but the fact that it is there can almost be endearing. In the world we live in, most food is highly processed, pumped full of chemicals, and shot out of a sterilized tube onto a conveyor belt.

Fast food is the go-to example. I have never heard of someone finding a bone shard in a Mcnugget because the meat wasn’t butchered by hand, which allows for a margin of human error. The meat is chemically separated and formed, every nugget must taste the same, and be consistently monochrome.

A while back I tasted  a great batch of headcheese from the lord of pigs: Mangalitsa. One evening during service a plate came back with something on it: a coarse black pig hair. When we told the customers what it was, they didn’t care. Those people were real diners. They understood their headcheese came from a real pig, who did real pig things. never the less, having a strand of it’s hair in the headcheese was unfortunate, but evocative of the origin the food they were eating had. Supermarket headcheese is a foul imposter: low quality animal parts mixed with inferior gelatin, it is nothing like homemade.

Polypore mushrooms grow like blobs, and they occasionally absorb things as they grow. Sometimes this might be a root or a twig that is easy to pick out, other times it might not be so simple. One evening I was making wild rice pilaf with sauteed hen of the woods as a compliment to a duck entree. A plate came back, and I was horrified. A man had bitten into a rock in his dish and had broken a tooth.

It took 600 dollars of the restaurant’s money to fix it, and I got a serious earful for not double checking the wild rice before I cooked it. It wasn’t the rice. That hen of the woods had absorbed a pebble within it’s very root base as it grew, impossible to see like if a tac grew inside a potato. It wasn’t fun to see the plate come back. Like the pig hair, there is a silver lining though. Unlike cultivated mushrooms grown on substrates that make them taste watery and bland, this hen grew in the wild. It was a real mushroom, cut off the roots of a white oak tree in Southern Minnesota.

I’m not saying that it’s ok for strange things to be in food because there is always room for improvement. I’m just saying there is more to it than meets the eye. Have you ever found something foreign in your food? Send me a comment, I’d love to hear it! 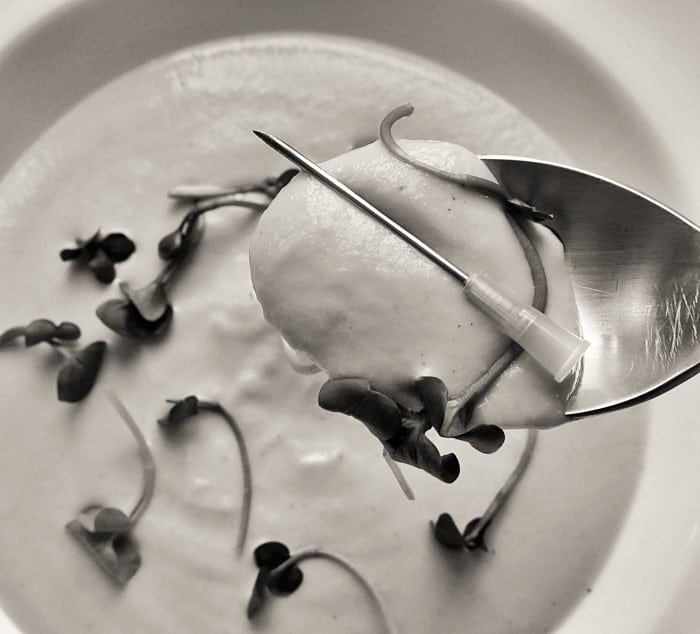