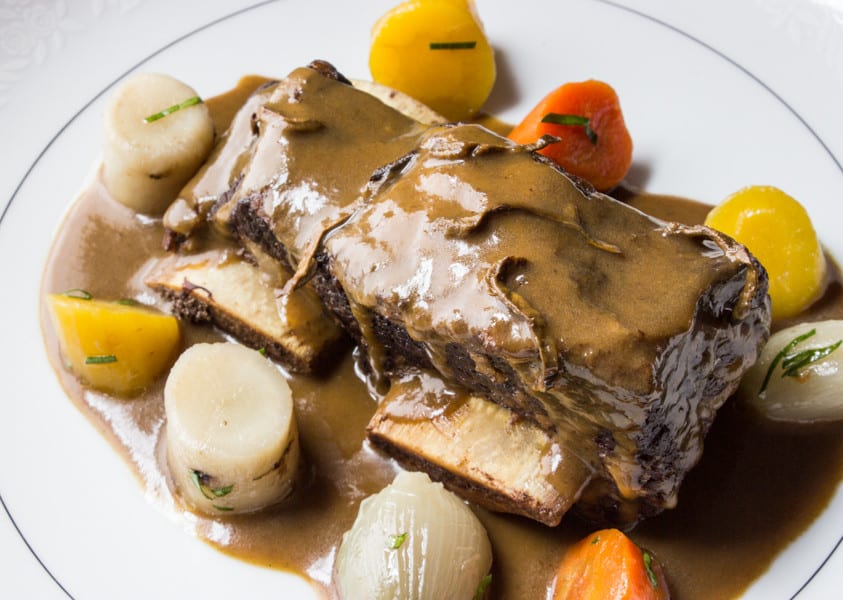 I often get asked things like “what’s your favorite mushroom” or “what’s the most interesting mushroom you’ve cooked with?”. They’re questions I can’t really answer, but there’s a particular shroom I like to mention as a conversation piece, since it’s a good example of the possibilities I see in boletes.

The tricky part is that I’ve only collected it once-the first and only time I saw it. Here’s what happened:

I was wandering through some oaken woods where I know chanterelles grow. So far I had been getting skunked, but in a clearing next to some white oak I spied two giant boletes growing together. 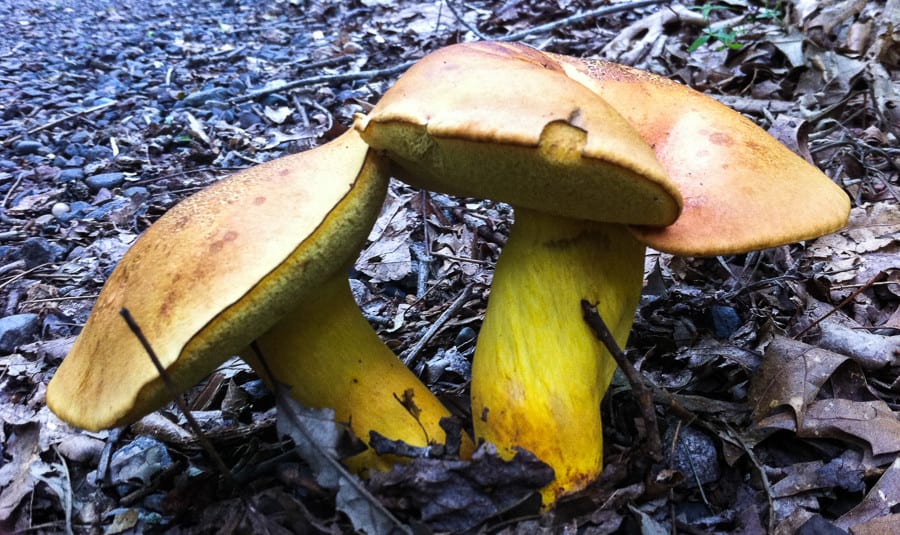 The only picture I have of Boletus psuedosulphureus. (Sorry for the blurry)

The first thing I noticed was that they were yellow, but yellow doesn’t do it justice, they were yellow to the point of looking like they came out of a cartoon, it was neon. Since they were large, and mature I had some trepidation: boletes of that age age will usually feel loose when you uproot them, since they’re probably heavily bug damaged, or still infested. These were rock solid though, I could tell there wasn’t a bug in them, which might mean they have a natural defense towards larvae, which is nice.

Next, the cut test. I sliced into one, thinking I might see some blueing as the stem was cut. They didn’t turn just turn blue, they turned blue, and then quickly morphed to the deepest black, a color change I had never seen, in any mushroom. I took them home for research and dried them.

I’ve been trying to piece together what they are for about 5 years now, I’m no mycologist, but again and again, I keep coming up with Boletus psuedosulphureus. If I ever find them again, take some better shots and write another post.

Things got exciting after I dried them. Like other boletes, their smell intensifies after drying, but these are like no bolete I’d ever smelled before. Their aroma is woodsy and deep, like most boletes I’ve smelled, but much more rich. It like coffee, or cocoa, crossed with mushroom, remarkably different from any bolete I’ve smelled. 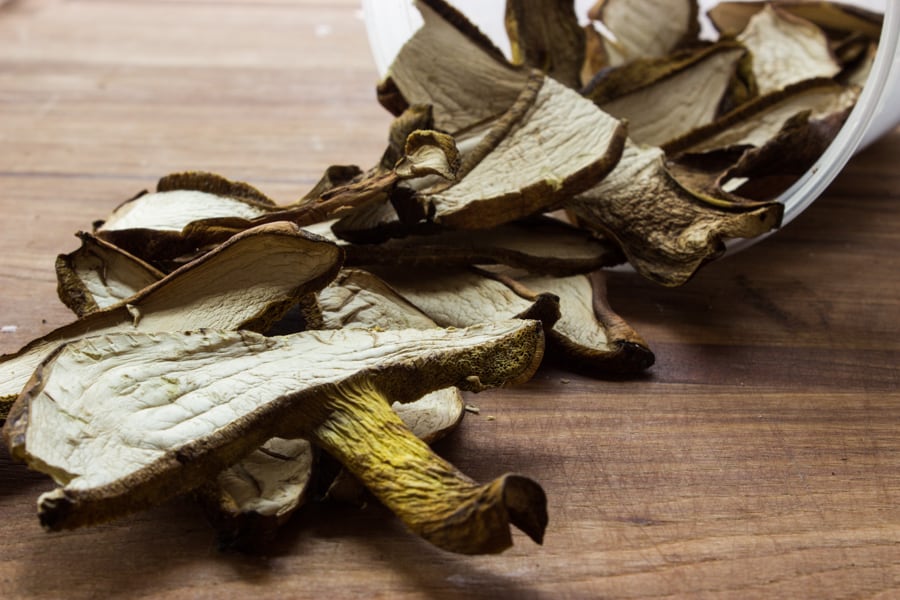 With such an interesting scent, I knew I had to see how they played out in the kitchen. The first thing I thought of when I smelled their cocoa-y, coffee-like smell was dark beer, so that’s where I started. From there it went to a braise with meat, after that, add a couple vegetables and you have yourself a dish. 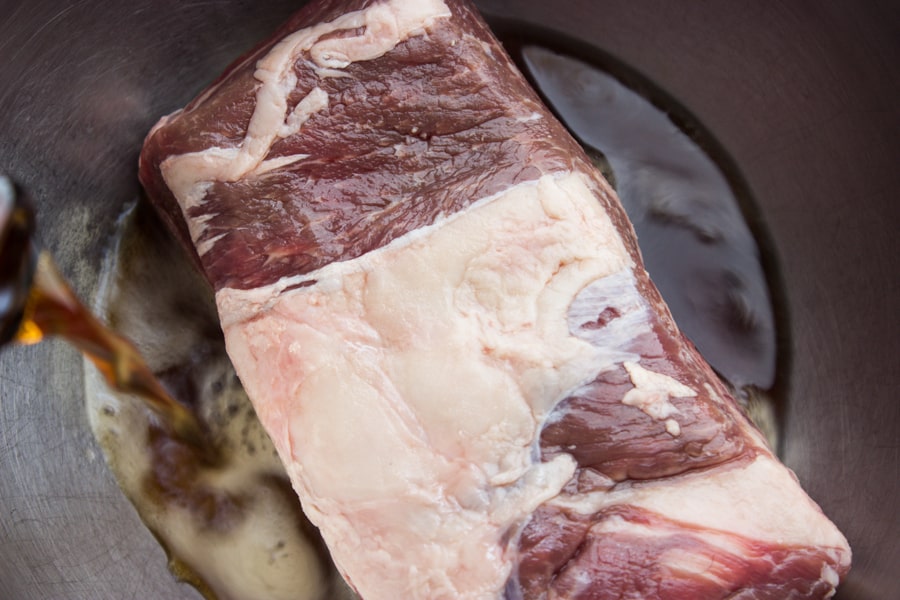 Shortribs make an excellent pot-roast type dish, so that’s what I went with, although you could do the same thing easily with a chuck roast, or another braising cut. The vegetables could be whatever you want too, I used some salsify, carrots and shallots.

As for the flavor of the boletes, They’re definitely not as strong as something like a porcini, which isn’t a bad thing at all. Even so, they’re flavor is definitely present, and unique. If you come across some dry them out and give them a try sometime. 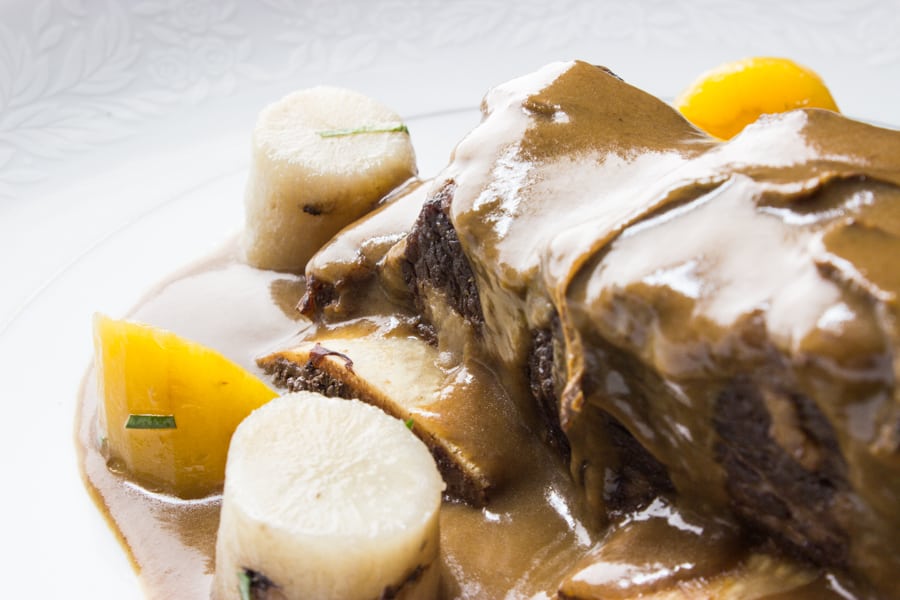 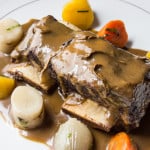 In the dish pictured, I julienned the boletes, which ended up looking weird, which is why they're minced in the recipe method. An interesting phenomena is the color change these boletes undergo. When fresh they turn black when cut, then back to yellow when dried, then blue when re-hydrated. 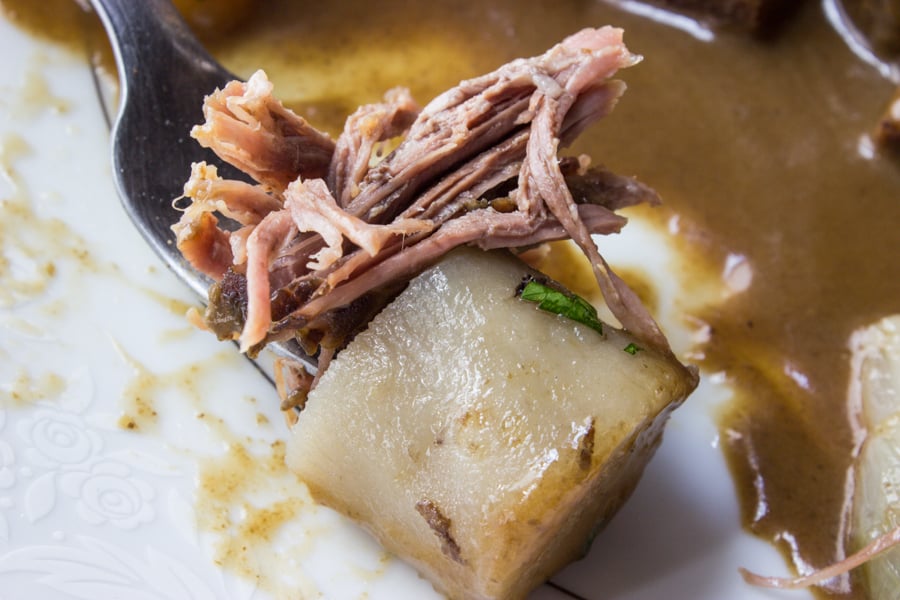 A bit of browned salsify, shortib, and sauce was the ultimate bite.

Previous Post: « Wild Greens That Survived Winter, With Celeriac And Cheese
Next Post: Rabbit Braised In Milk, With Black Trumpets And Carrots »