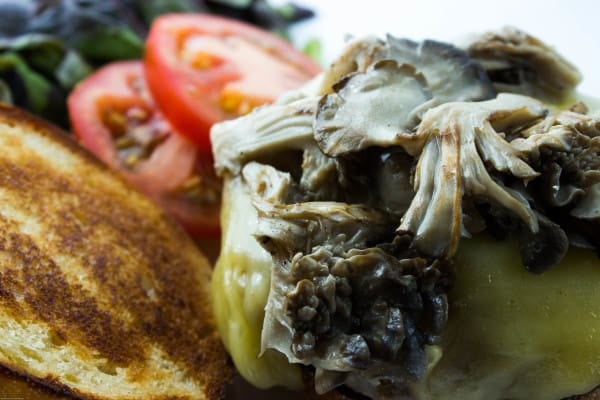 Making friends with other mushroom hunters can be a bit awkward from my experience, you want to share, but you don't. If you meet another hunter out in the field, you are hunting the same areas, and that means you're competing. You might give each other a knowing glance or nod, or take out your fishing pole in order to bluff that this isn't your mushroom patch. I have had fun experiences meeting people and families from other cultures while hunting, but often when I meet other born and raised Minnesotans, we tend walk by each other, and pretend the other person doesn't exist.

I have some hunting friends though, My buddy Dan Farmer is one of two people I have met directly through foraging, the other being local mushroom cultivation guru Mike Kempenich. Dan is a little bit older than me, but we have plenty in common: we both share a love of fine cooking, enjoying craft beer, and of course, we are both avid mushrooms hunters.

Dan just retired recently, so he has a little bit more free time than I do. Since I work nights 5 days a week starting at noon, it can be hard to get out and have fun on days I work. Lucky for me though, Dan has plenty of time to hunt in the mornings during mushroom season and report his findings, I get to explore vicariously through him, it's a lot of fun. 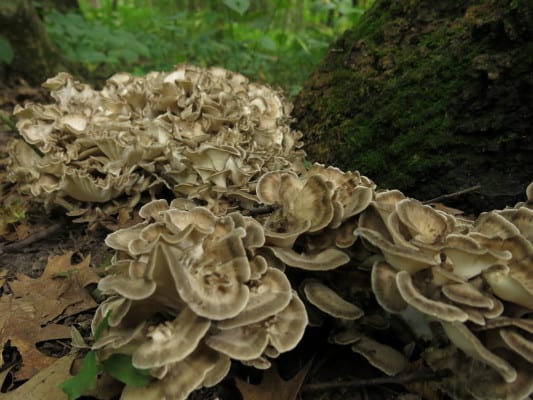 The 2013 Minnesota mushroom season kind of stunk, but if I know one thing, it's that it's impossible have a "normal season", There is always something. Dan had some success with Hen's/Maitake this year though, and made sure to tell me of what he was making with them. I remember one day in particular that I got a quick email that said he made a maitake-swiss burger, and how good it was. I didn't really think anything of it at the time, but the more I thought about it, the more it seemed like a match made in heaven. 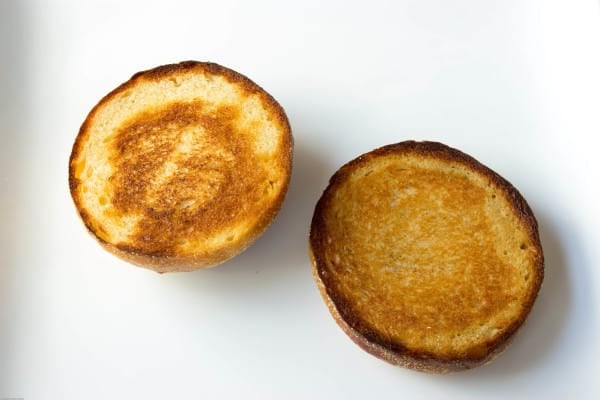 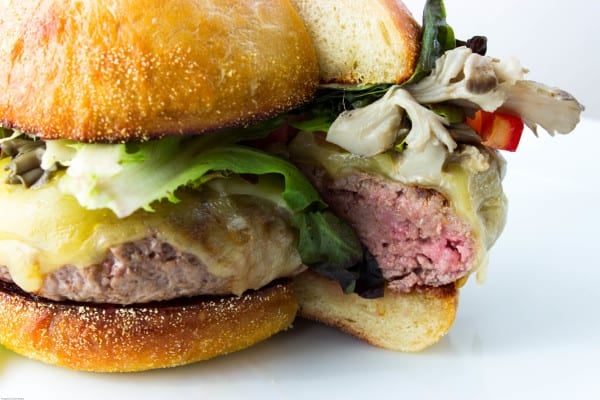 I like my burgers cooked medium rare, make sure to rest it after cooking for a minute or two. 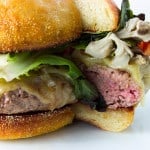 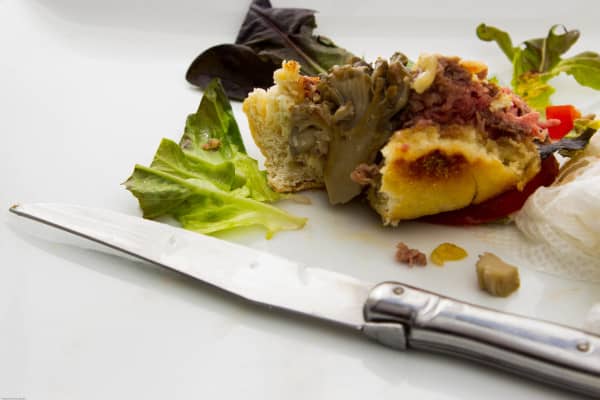