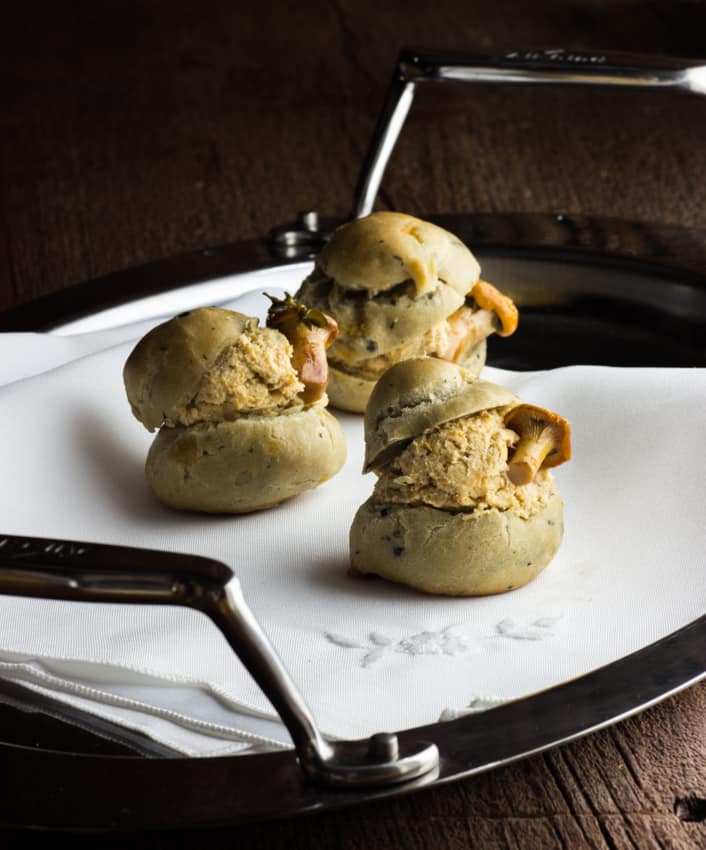 Here's the appetizer I started out with at the Hunt 'N' Munch: little savory eclairs flecked with black trumpets, filled with a chanterelle cheese mousse, and topped with a pickled chanterelle.

The "bouchée" description is just the pretty name given to savory, filled bites of pate a choux like this. If pate choux isn't in your culinary repertoire, it should be, not only can it be sweet or savory depending on what you want, it can also be piped and poached, then fried to make a type of gnocchi.

You could vary the combinations and ingredients, like using dried mushrooms in the pate a choux dough instead of fresh black trumpets, or...whatever you want-its really versatile. 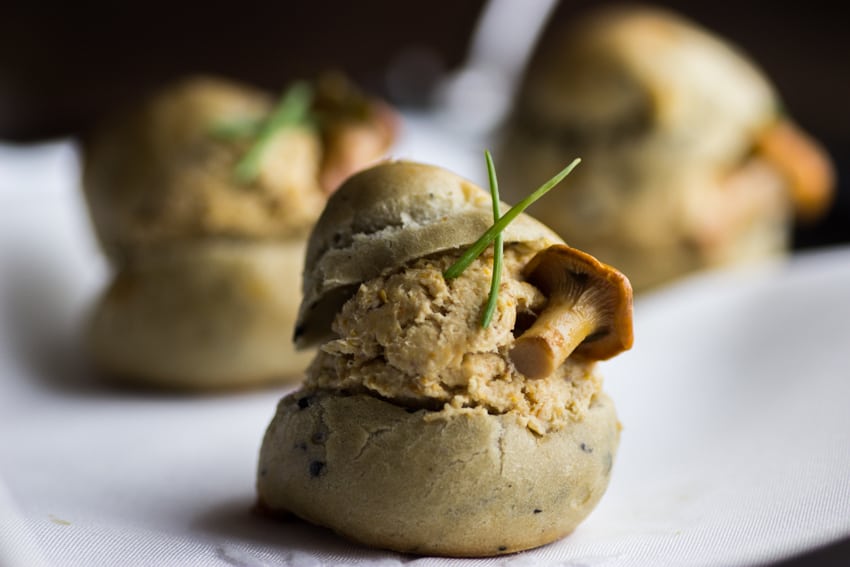 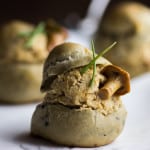 Adapted from a pate a choux recipe in the Joy Of Cooking. See my recipe for chanterelle conserve here.