Over the years, I've never had a problem consuming small amounts of these mushrooms, but, some experiments in India that have been discussed in the comment section in this post are building evidence for the case that people who consume Xylaria could be exposed to certain mushroom toxins, specifically amatoxin. Until we know more about the content of any dangerous compounds in Xylaria, I reccomend making this recipe with shaved porcini buttons, or raw chunks of black trumpet.

By far, my favorite way to have the dead man's fingers/Xylaria mushrooms so far has been thinly sliced over some fresh beef tartare. Think of it as a raw version of the classic steak and mushroom combo.

Of course, you wouldn't have to use only Xylaria here, one of my favorite ways to have tartare is with a little bit of mushroom conserve, which can be made with a mix of species or just one-it's how I serve it at the Salt Cellar. 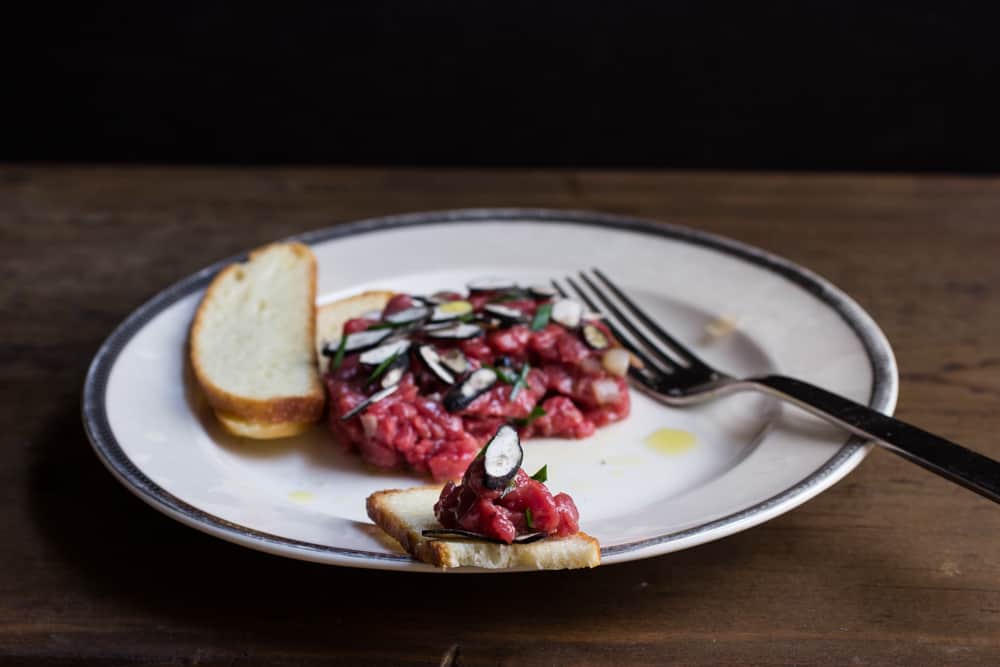 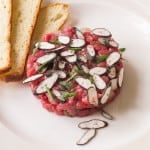 Strip lion is the cut I like the most for tartare, but you can also use top round, tenderloin or sirloin-any cut that's nice and lean. To make the beef easier to dice into perfect cubes, put it in the freezer for an hour before slicing. I used ramps in the vinaigrette, but shallots or green garlic would be great substitutes/variations. At the Salt Cellar, I serve 4 ounces of beef per serving as an appetizer, so this recipe makes 4 generous servings. 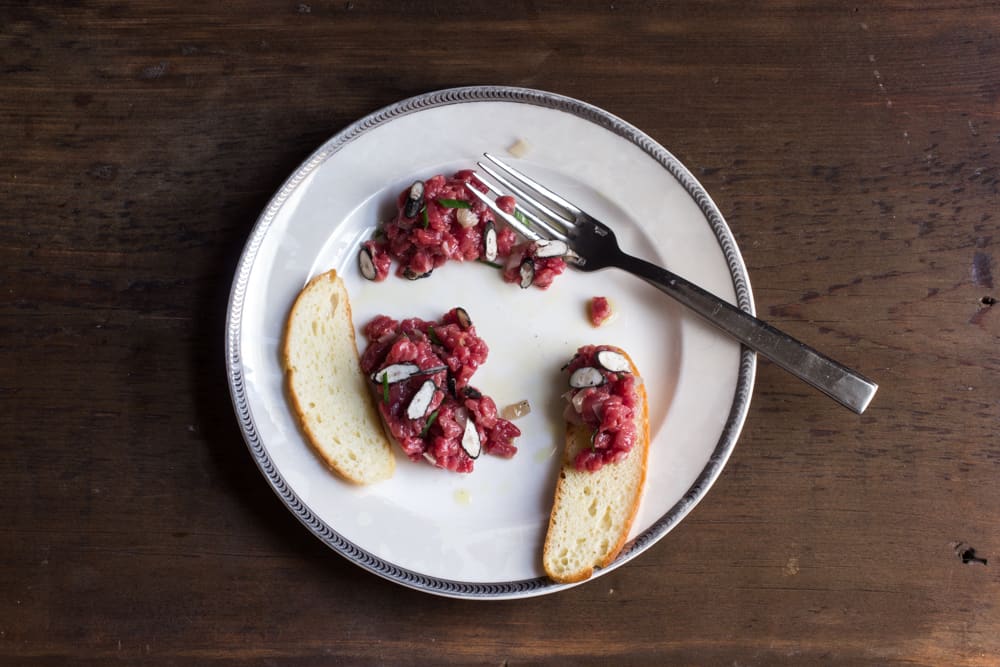