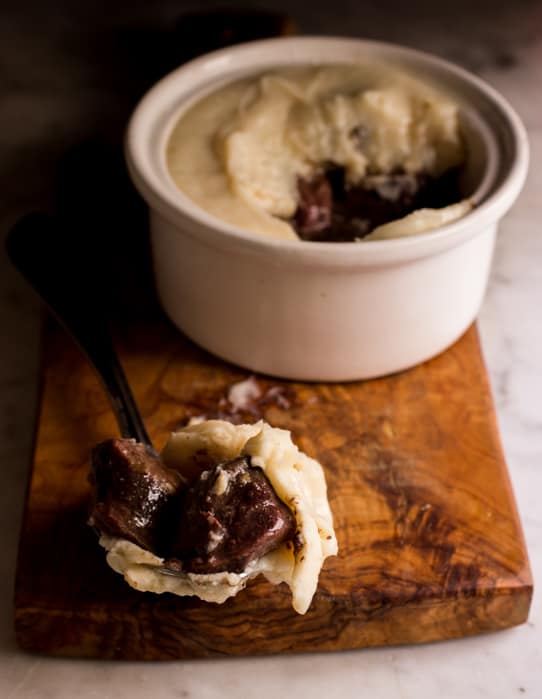 Smoked pork fat. Is there anything it can’t make delicious? I don’t think so.

Bacon has been on my mind lately, since at the new restaurant we'll be going through a lot of the stuff. I don’t know how much yet, but it will be a lot. 3-4 whole pork bellies, or more a week wouldn’t surprise me at all. This gave me a thought:

Bacon is on the menu. But what about the bacon fat?

That got my gears working. As long as the line cooks make the bacon according to the recipe and don’t burn the fat, we’ll have enough bacon grease to fill a kiddie pool each week.

I'd already planned on using animal lard for plenty of things: cooking potatoes, vegetables, steak in beef fat, duck in duck fat, etc. But with so much bacon fat laying around, we'll have enough to confit things in it.

It's not much different than using regular lard but the bacon fat is smoked, so it’ll transfer a nice amount of that to whatever confit we make. What you might not expect though, is that fat will absorb salt too, so we’ll have to adjust the seasoning a bit too ensure the confit isn’t too salty, but just salty enough.

As you’ve probably gathered, the first thing I used the bacon fat to confit was some gizzards. Most of the time, when you see confit on a menu, it’ll probably be the leg of some type of poultry, usually duck, although pheasant and goose are awesome too. Pheasant and turkey have a lot of pin bones that have to be removed from their legs though-for an easy version of confit using thighs, check out my pheasant recipe here. 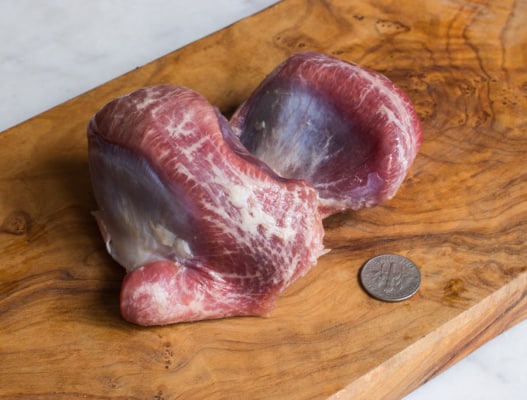 Gizzards are an underused piece of poultry, and just happen to make fantastic confit since they need extra cooking any way. In some ways gizzards are easier to confit than a poultry leg too, because you don’t have to worry about overcooking and having the legs fall apart. Even after cooking for hours, the gizzards hold a great shape. 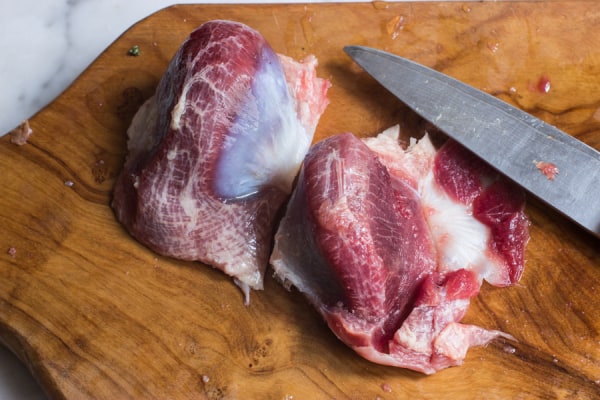 You might be wondering, how do gizzards taste? Are they gamey? The answer is no, not at all. Turkey gizzards, or any other gizzards, are really mild. I like to tell people to imagine the best part of a poultry leg or a thigh, since it’s dark, and more flavorful than the white meat.

Here’s a basic recipe for making the confit, as well as the first thing I made with it-a warm salady-pilaf with grains, ramps, and nettles from last season. 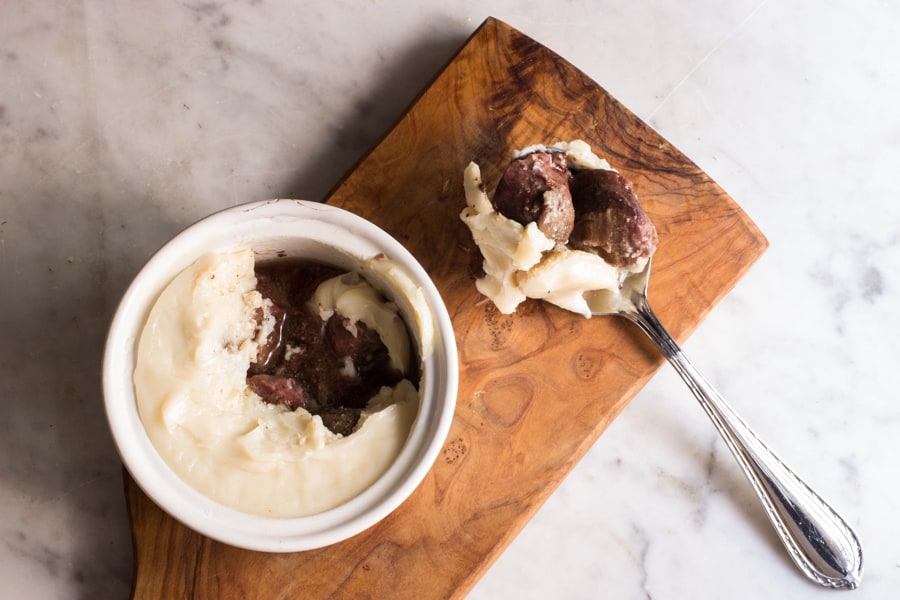 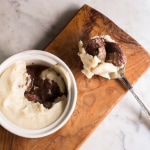 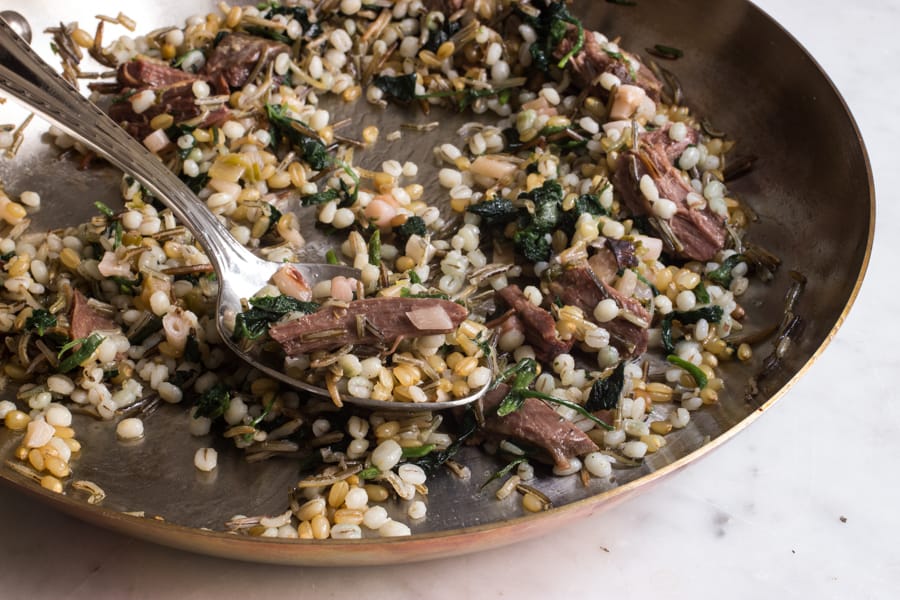 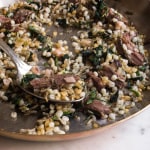