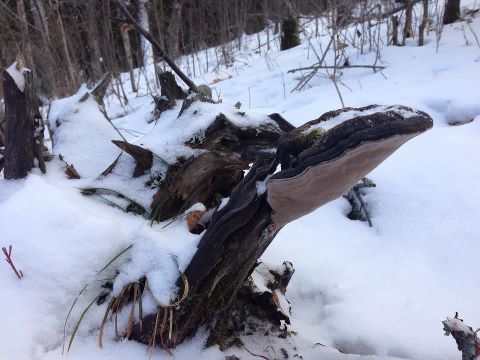 Recently, I brought some good friends of mine into the birch forests of northern MN for a winter mushrooming expedition and hike. It was cold as hell and our water bottles all froze in our backpacks. We got lost on our way back, although beautifully lost we were, meandering through white snow and a sea of black and white birch. We were trying to get to a spot across a river I had spotted last year containing a bunch of Chaga-parasited trees, some with very large and mature growths ripe for the picking, or hammering and chiseling as the case may be. To our extreme horror, the wooden bridge had been destroyed in a storm, the only remnants twisted shards of metal rising from a bed of only slightly frozen ice with rushing rapids running down the entirety of the River. We ended up having to drive about 5 miles back to where we could cross by foot. After A while of hiking, I stumbled upon our first large Chaga perched on a little tree at the base of a hill. After a few more hours we probably had about 20lbs of Chaga.

We also had something else; I had recently purchased a new medicinal mushrooms field guide and had noticed a polypore that grows through the winter in the Birch rich homes Chaga inhabits. It is called Phellinus Igniarius. I had found some last year, but was unsure of my ID and a bit lazy (read as Chaga obsessed), I discarded them. What is such a thing used for? Apparently the igniarius if combined with tobacco creates a stimulating narcotic effect. This is wrapped into something called a “quid” by northern Native American populations. Of course my co-workers wanted me bring them some to try.

I first dried the igniarius out in a warm oven for a while to preserve it, then I broke it into pieces and placed it in the smoker. I was planning on smoking some squash to add to a broth that ravioli were going to be in. This is when something strange happened. I smoked the squash with the mushrooms, I also noticed that the igniarius was giving off a different type of smoke than I had anticipated…….it was VERY mushroomy, rich and woodsy. I added the smoked squash to the broth and let it infuse for a while, anticipating a strong infusion, I added a bunch more squash stock and trim to the pot to round out the flavor and add sweetness to the broth. The result was delicious. Part smokey, mostly mushroomy, the broth had a wonderful flavor, but the most exciting part was that it was unique, a mushroom flavor and profile I had never tasted before. Eureka! I thought, I have found a new flavor! 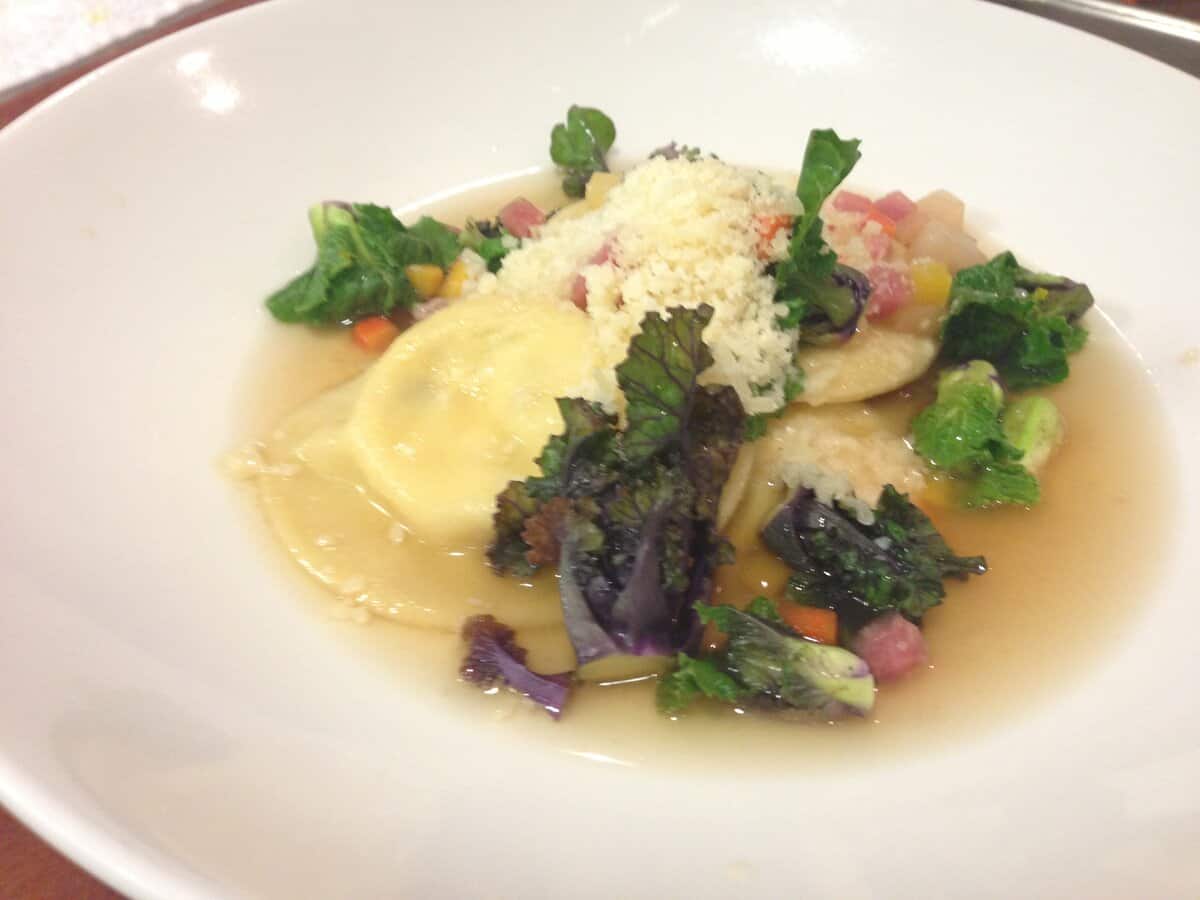